The famous Palais des Papes in Avignon, France came alive bathed in a vibrant collage of colours, shapes, and textures thanks to 12 x Robe ESPRITE moving lights which were part of a design by LD Fabien Chamakoff for the 2020 Helios Festival. 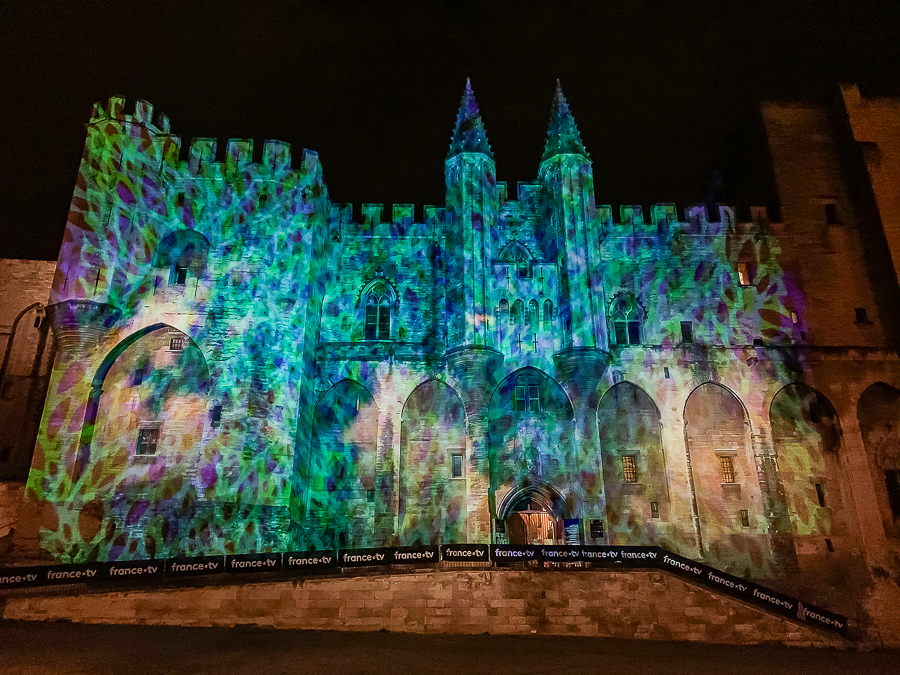 Launched in 2017, the event highlights with silent projection / visual works and light art pieces Avignon’s stunning architecture and rich, diverse heritage as the ‘City of Catholic Popes’ between 1309 and 1377. It remained under Papal rule until 1791 when it became part of France. The Palais des Papes (Pope’s Palace) is one of the largest and most important medieval Gothic buildings in the whole of Europe.
For Fabien who works for the Helios Festival organisation it was a great honour to illuminate the intricate and imposing architecture, one of seven key sites lit up this year. 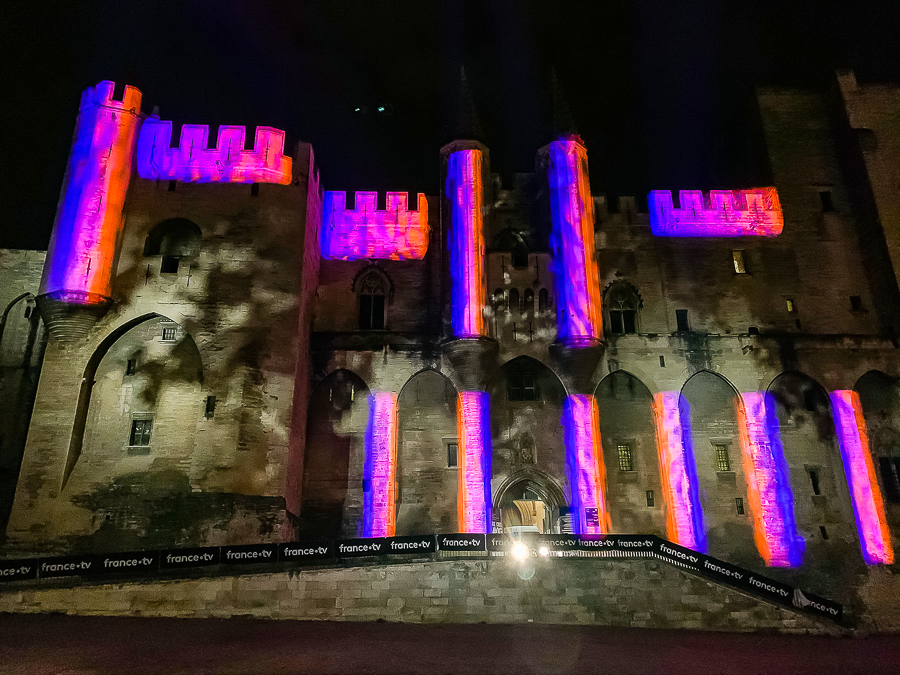 The 10-minute Palais des Papes lightshow ran for 5 weeks from 25th July to 30th August. With no soundtrack, Fabien’s idea was to focus on a 60 metre wide x 40 metre high section of the building, so passers-by could appreciate the work of renowned French architects, Pierre Peysson and Jean de Louvres, plus the lavish ornamentation of Simone Martini and Matteo Giovanetti, ace students from the School of Siena in Italy. 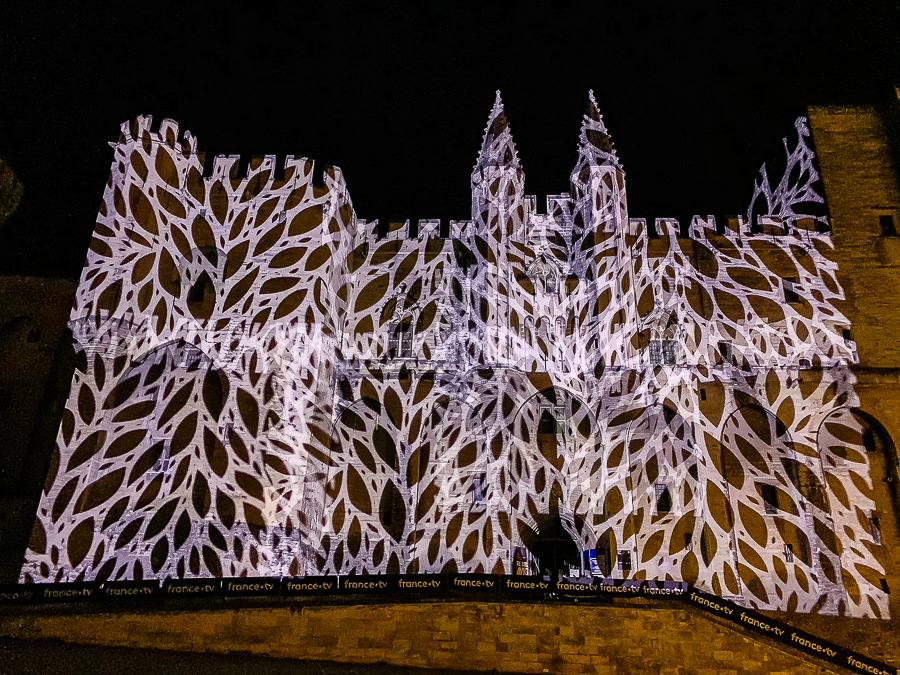 Initially, Fabien had wanted to use Robe’s BMFL fixtures apart from being a product with which he’s very familiar, he wanted the intensity and multifunctionality. However, he realised that there was not enough power available at the site to run these, and they didn’t want to shatter the silence and reverence of the environment by having a generator! 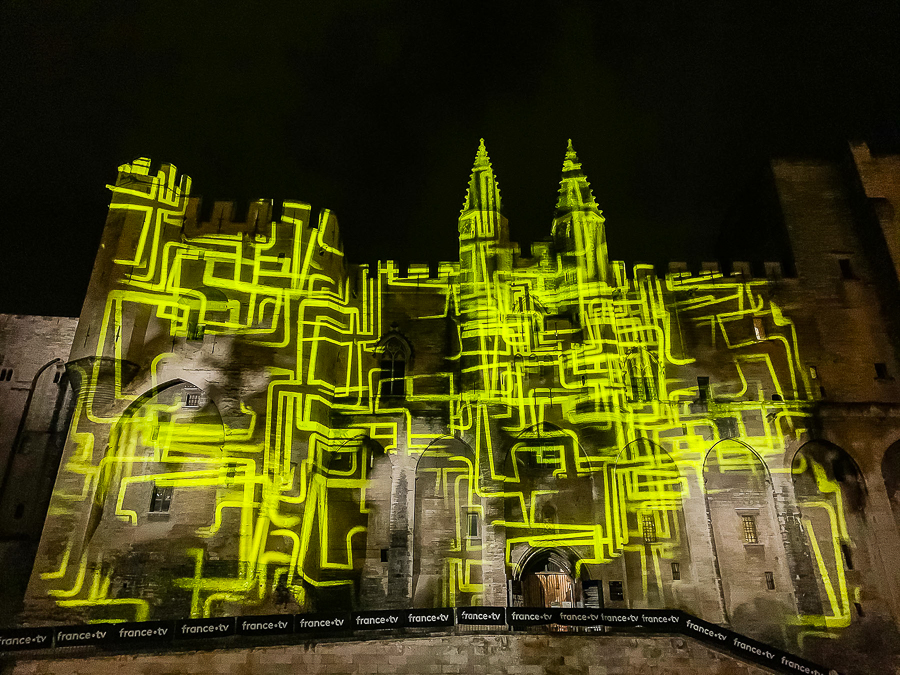 He spoke to Chateaurenard based lighting rental company Fox, who worked closely with the Festival’s technical producers ARTCOM Diffusion to supply equipment, and asked if they could suggest an LED alternative … and so the ESPRITE profile entered the frame!
Having not used Robe ESPRITES before, Fabien needed to know that they had the required brightness, so a demo was set up at Fox’s warehouse instigated by Robe France’s Terry Di Isernia.

Fabien was amazed by the ESPRITE’s power, its 5.5 – 50-degree zoom, framing shutters, sharpness and all the available effects, commenting that all this would be “more than enough” for what he needed. Using ESPRITES also enabled him to enhance the aesthetics and style of his lighting work.
Together with Fox’s MD Eric Lambertin, they asked if Terry would join the team as lighting programmer and operator for the project due to his experience and intimate knowledge of the fixtures, and Terry was delighted to oblige. 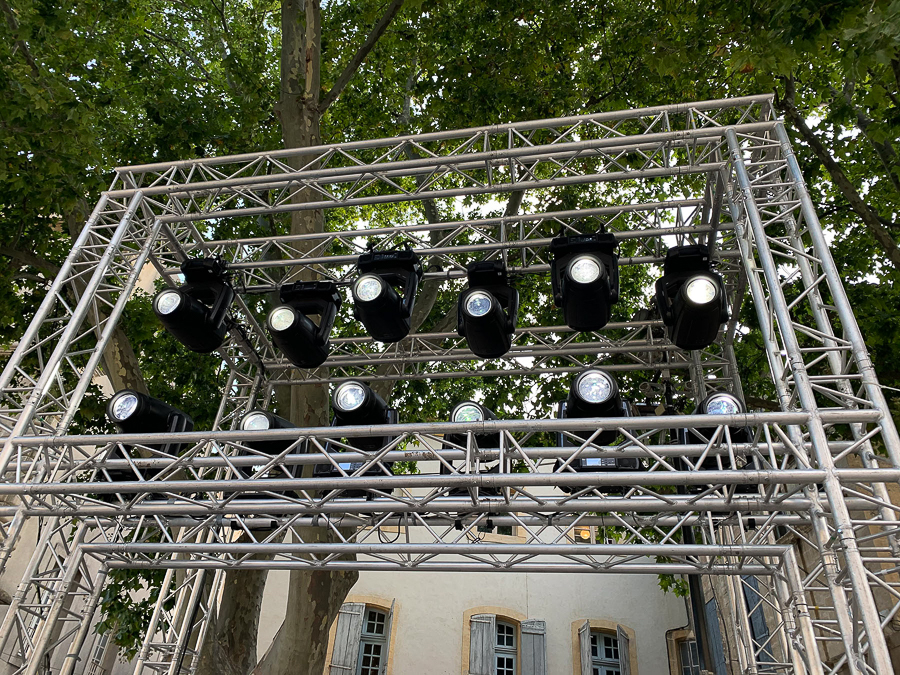 The 12 x Esprite were the only lightsources for the Palais des Papes and were rigged on two levels to a special tower positioned 40 metres from the building and clad in weatherised material to protect the lights.
The Esprite easily covered the surface area with a diverse range of colours, patterns and effects from fluid movement sequences to playful ‘trick-of-the’ eye optical surprises.

After the initial programming sessions on site, Fabien was really pleased with the results and declared that the ESPRITE was “the most precise” moving light that he had worked with to date. One of his biggest WOW moments of the installation was when Terry fired up the lights for the first time, opening the 12 fixtures at 100 per cent zoom on the side of the Palais des Papes!

Fabien’s lighting creations via his company Lumiere Vivante are often set in urban environments with high levels of ambient light surrounding, hence the predilection to work with BMFLs. He generally thinks that Robe fixtures are powerful with high quality output and therefore ideal for light art installations and illuminating large spaces, places, and surfaces.

The ESPRITE tower at the Palais des Papes was so well hidden, that initially people thought the lights were appearing from some kind of magical source! And … the quality of the gobo projections were so precise and accurate that some believed it to be a video show rather than lights! 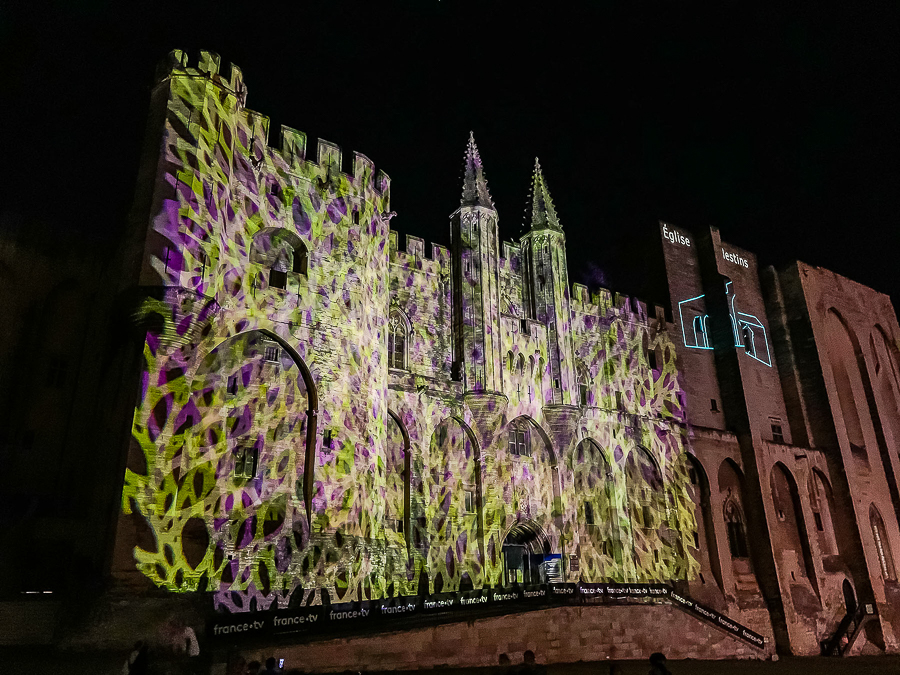 The 2020 Helios Festival was a big hit with the public generating lots of interest and also hugely well received by the media. It was a very positive reason in these times of Covid-19 for people to enjoy summer evenings outdoors marvelling at the pop-up artworks and being able to see and appreciate areas around their city in new, different and stimulating ways.

For more product and general info, check the Robe website and on SoundLightUp with the Test of the Esprite