Ayrton Perseo-S compact multi-function luminaires, which have been developed for intensive outdoor use, made their US debut at the Public Works musical adaptation of Hercules in the Delacorte Theatre in Central Park.
Tony Award-winning lighting designer, Tyler Micoleau, selected the new fixtures, with an IP65 enclosure rating, for the Labor Day weekend production, which traditionally wraps a summer of Shakespeare in the Park outdoor shows. 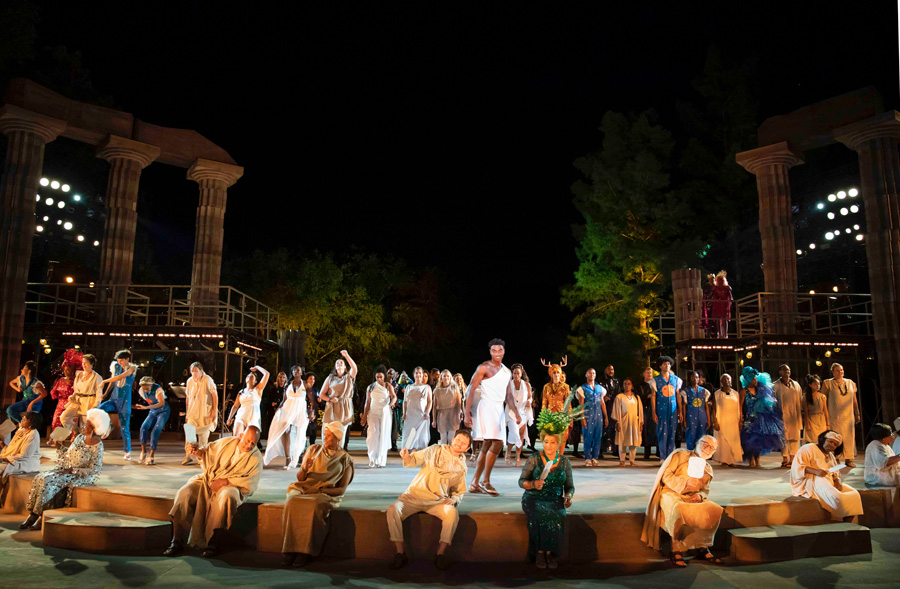 Hercules is based on the Disney animated film and performed the entire score plus several new songs. The production was from The Public Theater’s Public Works initiative, which invites communities across New York to create ambitious participatory theatre. More than 200 New Yorkers took part in the dynamic production.

The show marked the first time that Tyler Micoleau has used Ayrton fixtures. Micoleau has worked on three other productions at the Delacorte, including two previous Public Works shows. “Historically, we have used a mostly conventional rig but have now migrated to LEDs and movers like a lot of the industry,” he says. “But they are more fragile outdoors, so we were concerned with what was available with an IP65 enclosure rating. We knew that moving from housings that make it very labour-intensive and impractical to swap out lights to a weather-resistant fixture was a big deal.”

According to Alex Brandt, lighting supervisor for The Public Theater, “we swap about one moving light a day in the park that’s non-IP rated. A humid day can be as bad for them as a rainstorm.” After ACT Lighting, Ayrton’s exclusive distributor for North America, showed Micoleau the Perseo-S, he staged a shootout with several other similarly-rated lights in Central Park one evening. “I was excited to see how Perseo would perform against other moving lights. Its LED source was more powerful than an arc source. It had everything going for it: brightness and speed in a very small package.” 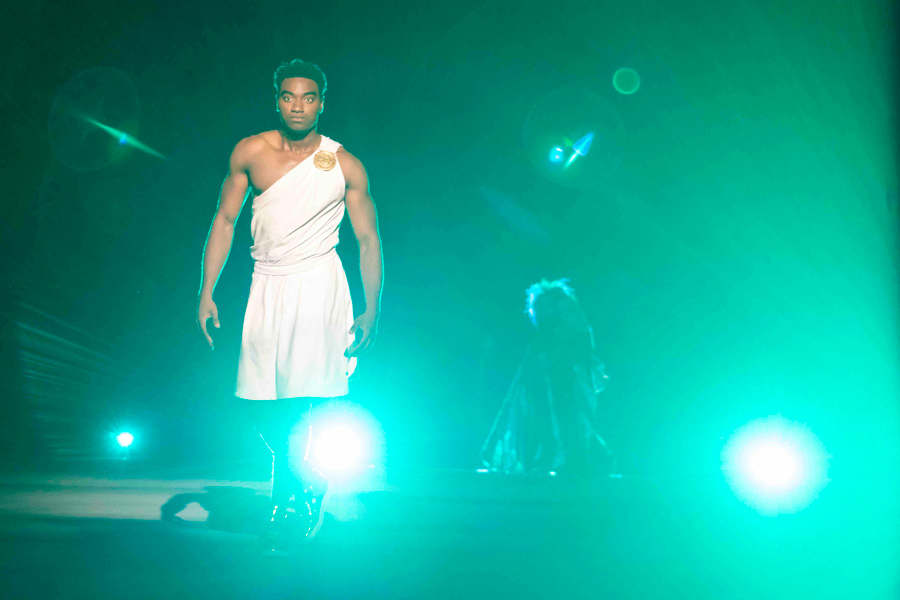 Micoleau explains that since Hercules was a full-blown musical with 16 numbers, the lighting rig had to provide “the dynamics we needed; it had to be fast-moving, colour-changing and have visible beams – things not available in a typical Delacorte rig package.” Micoleau’s rig boasted almost 700 conventional fixtures, 30 moving heads and a number of LED PARs.

He obtained two Perseo-S fixtures and placed them in low, downstage vom positions where they provided direct front light. “They gave us the most bang for the buck there,” he says, “and they performed impressively. We had a lot of lights, and the two Perseos had to cut through and contribute to the composition. I often try to do that with three or four lights, but there was no space for that many fixtures from the low angle of the Delacorte.”

Micoleau especially liked Perseo’s “unusual number of gobos. From their position we could splash texture on the Greek columns on set and tone and texture the whole environment. Hercules had to fight four enormous puppets in the show, and with Perseo we were able to dapple the air space with gobos in very dramatic patterns. The result was very dynamic and often terrifying as the giant puppets floated through textured light.” 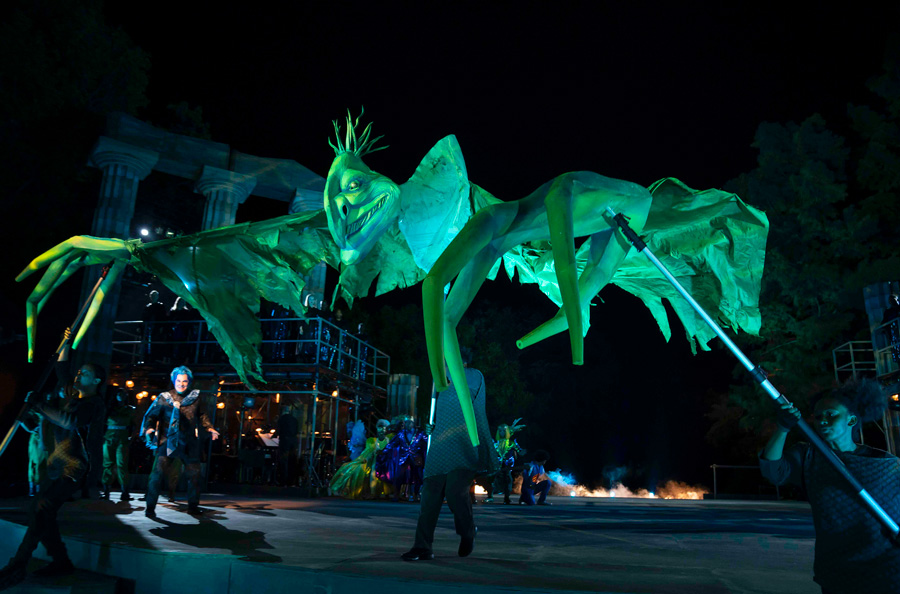 The production experienced several occurrences of inclement weather. “We focused the entire show in the pouring rain, and three performances had inclement weather – one of them was held up for an hour because of it. Not every light in the rig survived the adverse conditions, but Perseo performed great with no covers, no hood, no bubbles,” Micoleau reports.
Micoleau says he hopes “to see whole systems of Perseos in park settings and outdoor venues,” adding “I can also easily use them indoors.” ACT Lighting plans a wider Ayrton demo at The Public Theater that Micoleau is excited to see. “I’m eager to play around with other Ayrton fixtures,” he says. “It’s a new brand for me, and I want to see more.”

Brandt notes that the Perseos didn’t even come up in post-show discussions, which was a very good sign. “They just worked!” he says. “They made a really encouraging debut with us, and we’ll be looking more in Perseo’s direction in the future.”
Jimmy Lawlor was the show’s associate lighting designer. Dane Laffrey was the scenic designer and Andrea Hood was the costume designer.

More information on Ayrton Perseo-S can be found on the Ayrton website and with a Perseo-S Ayrton video presentation.