After more than a year of lockdown, the wait was finally over when the multi-platinum selling band, Six60, embarked on a massive tour across New Zealand. The Six60 Saturdays tour culminated with a historic ‘first’ when they became the first ever band to play at the iconic Eden Park stadium in Auckland, with over 50,000 fans gathering to see the live show and sing their favourite lyrics together.
Video production and equipment supplier, Big Picture, provided a complete video system package both for the tour and the inaugural concert at Eden Park, which included Brompton Technology’s Tessera LED processing. 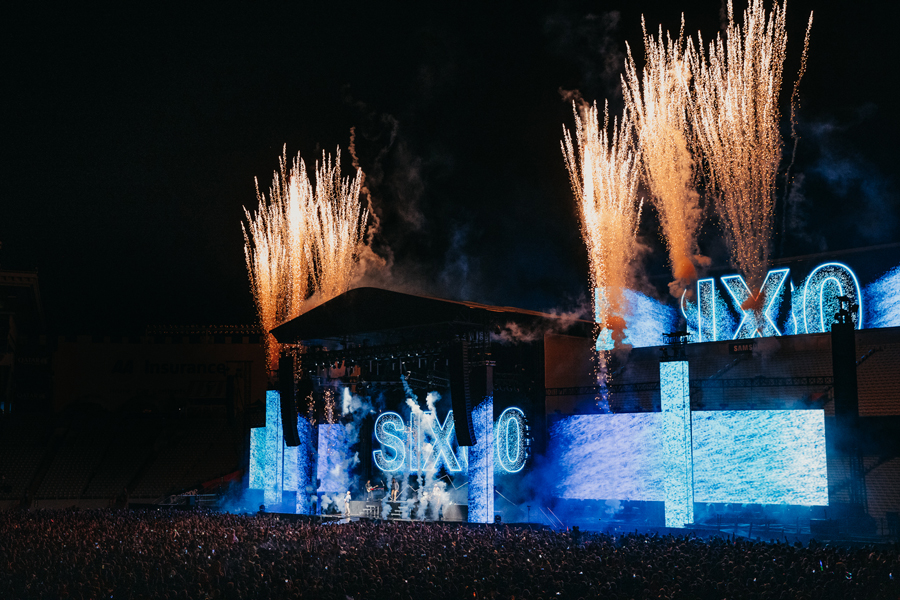 “Coming out of a year of Covid restrictions, we were excited to be given an opportunity to put together a video system package for the upcoming Six60 Saturdays tour,” says Paul Carppe, General Manager – NZ at Big Picture. “We have a close working relationship with Eccles Entertainment (promoter), Ben Dalgleish from Human Person (show design) and Global Production Partners (production management) so we were able to meet their vision and offer them a package that fitted the technical brief.”`

Because of the Christmas and New Year holiday period, the team had a relatively short lead time between final confirmation and the start of the tour, which was further complicated by the need to ship extra LED product from Big Picture Australia.
“The short lead time could have been a problem, but we were able to mitigate most of the potential issues thanks to the ease of use of Brompton’s processing and Tessera software features,” adds Carppe. 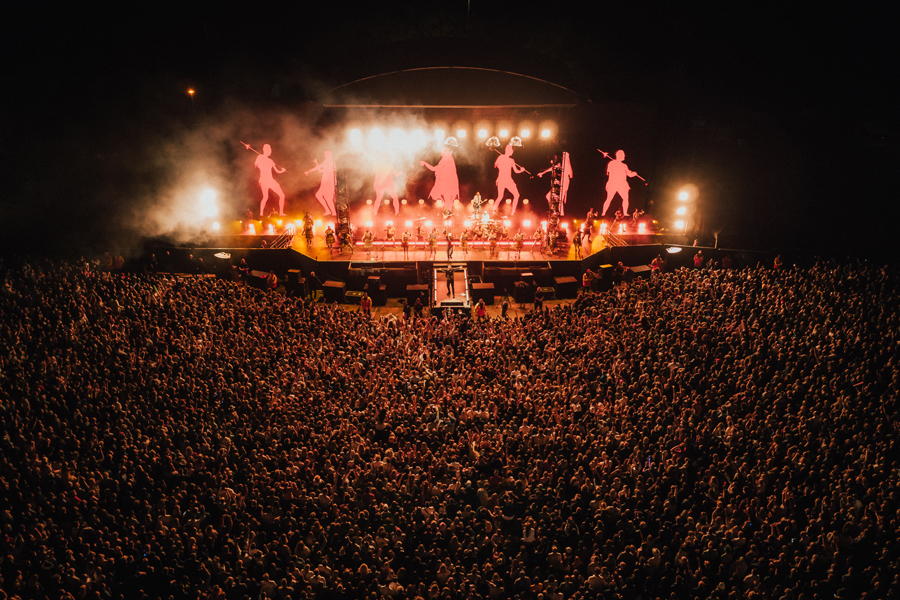 The massive screen was wider than the stage roof and just as tall, so building quickly but safely was of high priority to ensure all other departments could complete their jobs on time. “Utilising the Tessera XD units enabled us to easily distribute data across the 27.6m wide screen with a simple fibre link back to the SX40 units at control,” furthers Carppe.

Another challenge was the removable door element for stage/artist access, which had to move in and out during changeovers whilst fitting seamlessly into the wall during performances. According to Carppe, Brompton’s Tessera software enabled them to map the door shape into the wall with ease. 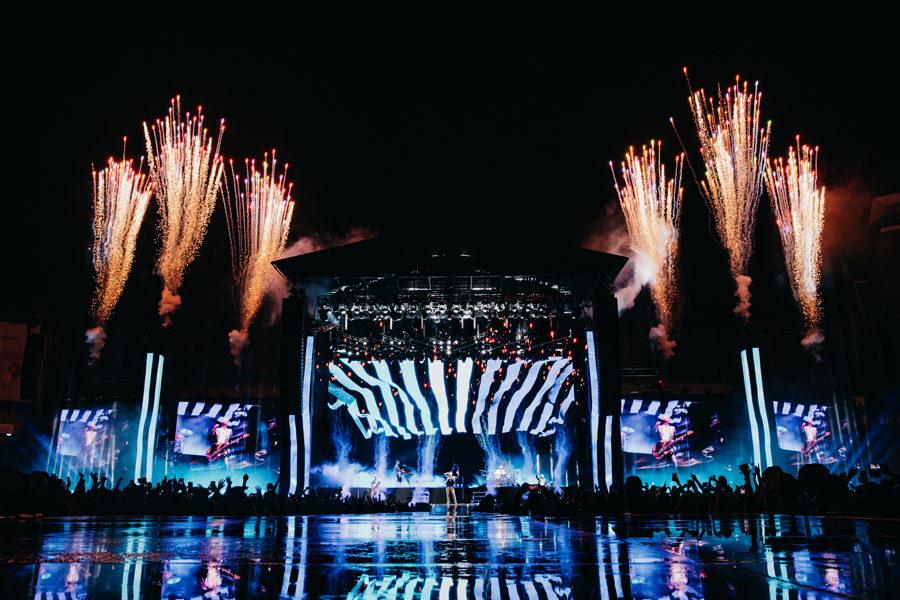 With the tour on the road for six weeks, using bulletproof, high quality equipment was key. “Our previous experience with Brompton made it our top choice,” explains Carppe. “Having a screen so big meant that Tessera’s ‘Identify’ test pattern, also called beacon, allowed us to easily identify problem panels so they could be fixed or replaced quickly and efficiently. Also, the ability to globally colour balance and match the wall across multiple processors made life easy. In terms of the system build, it was useful to have the Tessera processors in video world and then feed out to the two XD units that were behind the screen.”

Choosing the right products definitely paid off, with tour’s technical director, MJ van Lingen, happy with Big Picture’s video system. “As Technical Director of the Tour, I am pleased with its success and how the video wall contributed to the look and feel of the show. The colour and depth of the content on the screen was spot on,” van Lingen said.
Two months after the 2021 Six60 Saturdays country-wide tour, 50,000 fans flocked to Auckland stadium at Eden Park to see the beloved Kiwi band christening the stage for the stadium’s musical debut, setting records as the biggest homegrown production for many years. 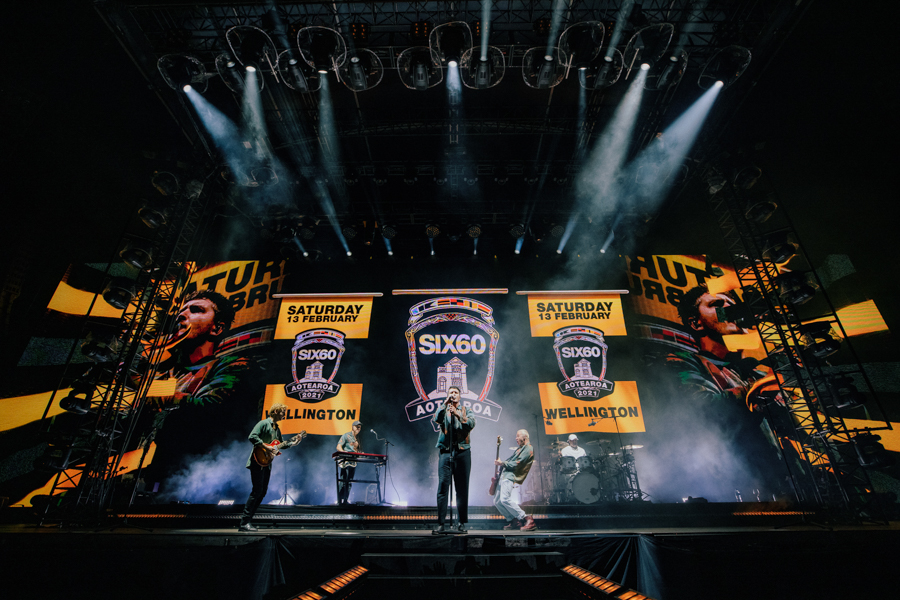 “We used a large portion of our outdoor LED stock to create the giant 600m2 screen for this feat of a show,” concludes Carppe. “Following the success of the Six60’s Saturdays tour, there was no question about which LED processing to use for the Eden Park concert. Brompton Technology was our first and only choice!”