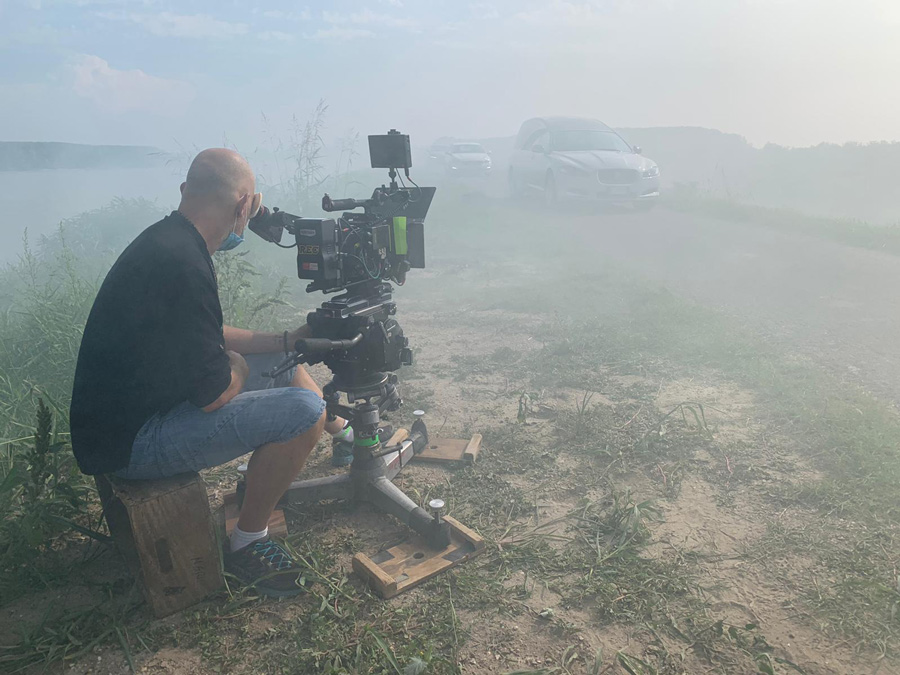 Molpass srl, the exclusive distributor for MDG products in Italy, recently supplied an ingenious fog solution to film company, 2aFilm, for a shoot on the banks of the River Po.
The new film, Lei Mi Parla Ancora (She Still Speaks To Me), is directed by Pupi Avati, Italy’s prolific, award-winning director, producer and screenwriter, Pupi Avati, who is especially renowned for his work in the horror genre. he is working with his long-time director of photography, Cesare Bastelli.

One scene, a long stretch of road beside the River Po for a number of cars to pass through, called for a naturalistic covering of fog. 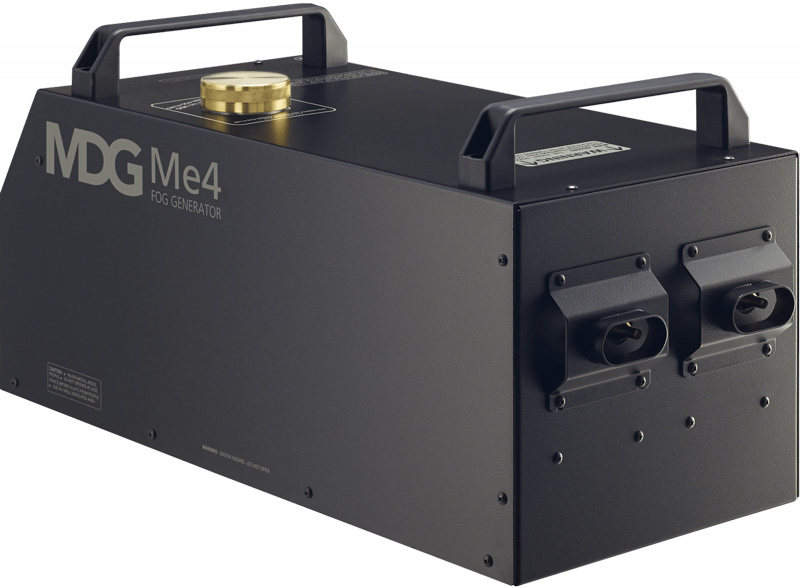 One of the cameramen, Carlo Molinari was familiar with MDG products, being the son of Giorgio Molinari, CEO of Molpass, and recommended an Me4 fog generator because of its huge output capacity and ability to cover the outdoor distance required.

To ensure a perfect, substantial supply of realistic fog along the full length of the road, the team at Molpass used an ingenious solution, suggested by MDG, of a 150m long inflatable plastic sleeve (what MDG calls a ‘bottine’) for outdoor fogging, and a single MDG Me4 fog generator.

“When we arrived on site at 7am there was the most perfect covering of natural fog from the river,” says Giorgio Molinari. “Unfortunately, this evaporated completely by 8.30am when the temperature reached 25°C! Our job was to recreate this beautiful atmospheric environment in the best way possible for the cameras.” 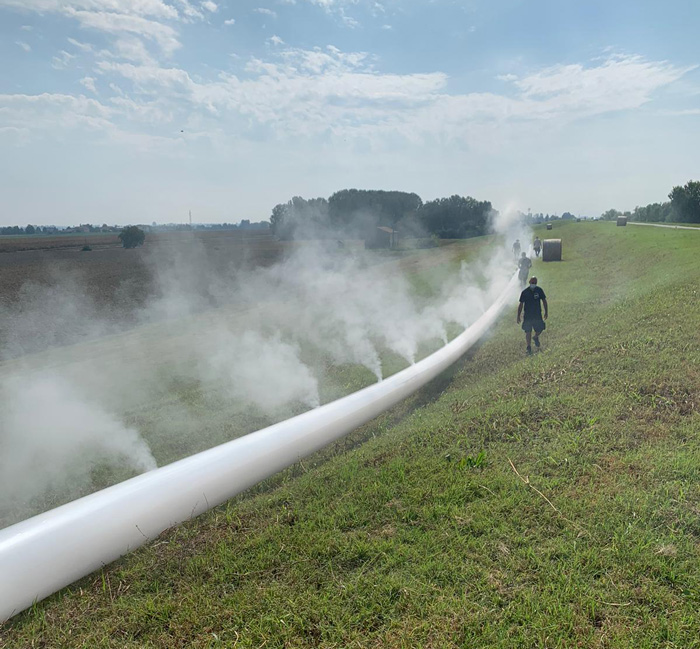 To achieve this, the Molpass team attached a fan to one end of the custom-made plastic tube which, being sealed at the opposite end, inflated in just 15-20 seconds and was then filled with fine white fog from the Me4 in only 20 seconds. The tube was then positioned on the embankment below the road level to conceal its eye-catching appearance from view of the cameras.
Before filming commenced, a series of holes was punched at intervals along the length of the tube, allowing the fog to escape and drift across the road, successfully recreating that perfect fog of early morning. Molinari noted: “It confirmed the MDG saying: ‘we produce the closest thing to the real thing.’” 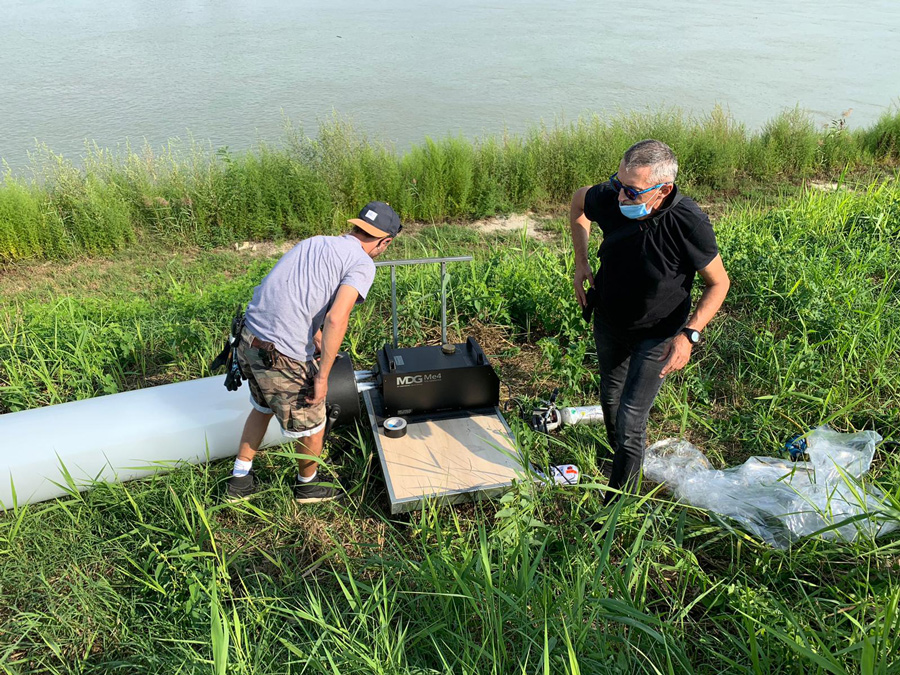 The whole assembly of Me4 generator, fan and plastic tube was rolled into place on a trolley and powered from the film company’s power generator. It took less than 30 minutes to install and was easily lifted and moved to the opposite side of the road to optimise the effect of drifting fog according to the wind direction.
The Me4 was used for two sessions of 1.5 hours each and the filming completed successfully in a 4-hour shoot, using two bottles of gas and less than 3 litres of MDG Neutral fog fluid.

“We were extremely happy with the whole system and result,” says Molinari who is very excited by this new development and its additional potential for live performance installations. “This is just one possible set up for a film shoot, but the potential for live performance is very exciting. It is an efficient, economical and clean method of deploying fog to targeted points along the tube’s length or delivering fog to an output a long distance from the source, using just one MDG fog generator. 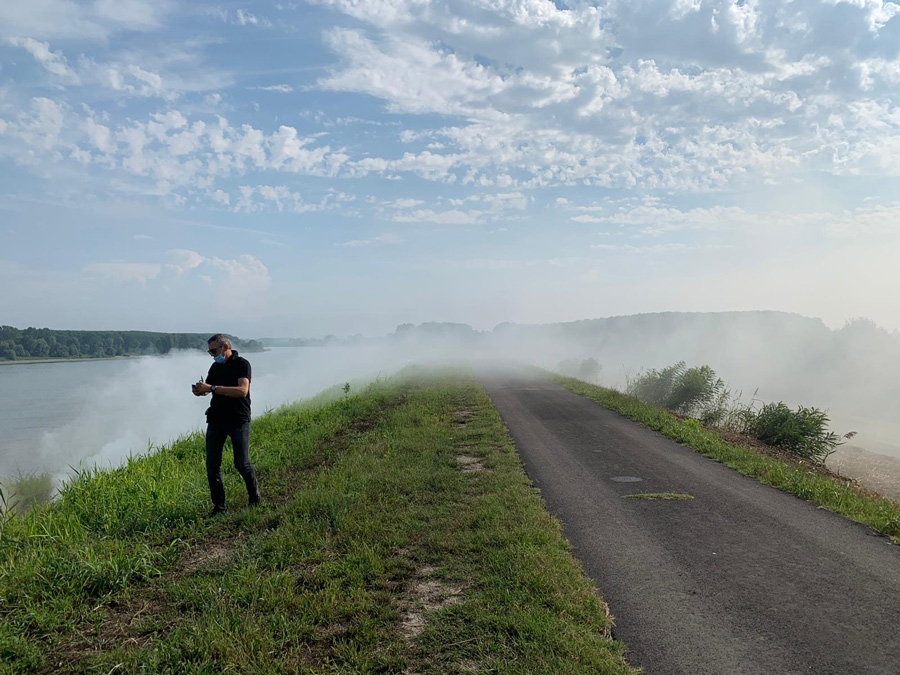 “Under other circumstances, a distribution of this size would require 6-8 machines from other manufacturers, which would generate a lot of residue and dirt. But the Me4 is powerful enough to handle this alone, eliminating the need for multiple, less efficient machines and the associated costs and cleanliness problems they would cause.

“By substituting a clear tube with a black one, this system presents a great solution for backstage, on stage and front of house, delivering output exactly where you want it in a very short time. It is very compact for storage or transportation, so good for touring, and is a simple solution that works well. We are very happy with it.”

For more information on MDG Me4 fog generators, visit the MDG website

More information on Molpass srl can be found at Molpass website