It’s been said that humor can make a serious difference in how well we deal with dark times. Nicolas (“Murph”) Murphy has no argument with that! Ordinarily at this time of year, the owner of Murphy’s Production Services is busy touring with The Piano Guys, Wax Tailor or some other client. Not in 2020! 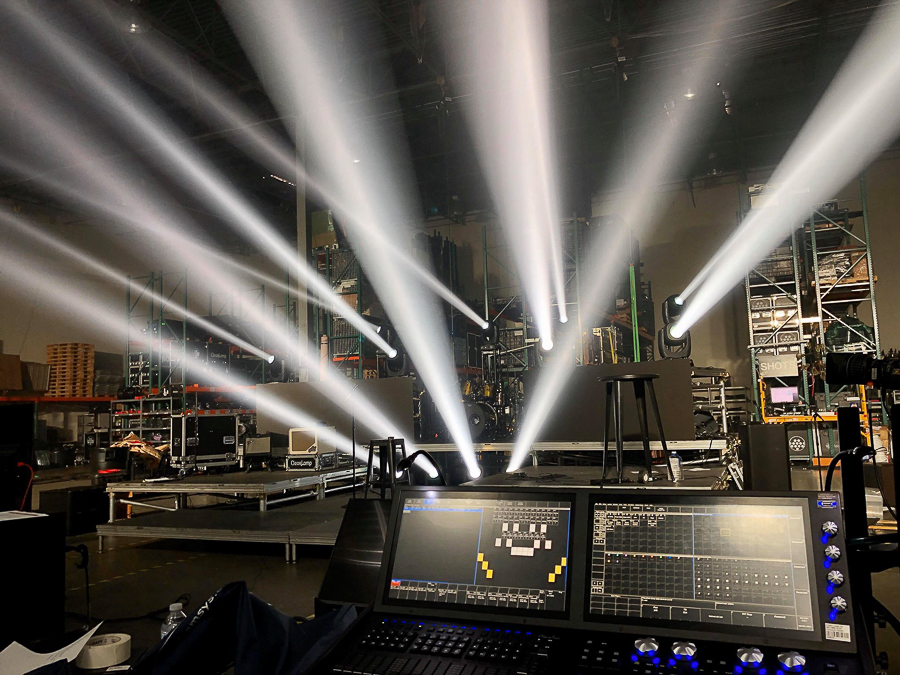 No worries though, with live shows put on hold, Murph embarked on his own “world tour,” all without leaving the friendly and safe confines of his Salt Lake City suburb. Rather than simply livestreaming a band and calling it a day, he created a full blown, albeit virtual, tour package, complete with posters, virtual “backstage passes,” and even donates his time with a weekly streaming service: Social Antidote.

The looks he’s created for his wryly named “COVID-19 World Tour,” are also very good replicas of the real thing, using eight “lazy universes,” a ChamSys MagicQ MQ500 Stadium console and a ChamSys SnakeSys R8 Artnet to DMX Node 5 for each of its weekly broadcasts. 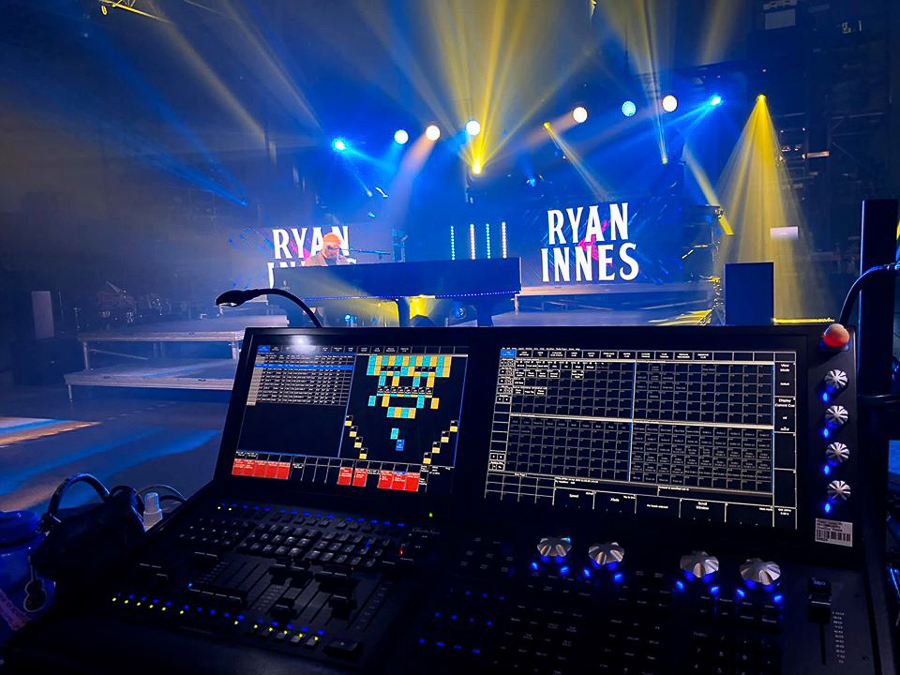 “Not being able to go out on tour, I figured why not make up my own,” said Murph. “It gives me something to do while sitting at home. I make tour posters with dates and print them on my wide format printer that is usually spitting out lighting / video / scenic plots. I also make laminated ‘tour passes’ for friends.”
Although purely virtual and not good for admittance to any show, each tour pass is customized for Murph’s friends, with their name, as well as job title, which is some form of “House Integration Specialist.”

As for the Social Antidote Series streaming umbrella, it was the brainchild of one of Murph’s clients. “They had a whole warehouse full for production gear not doing anything, so why not use what they have on hand and try to keep everyone from getting rusty?” he said.
“I pretty much only leave the house for groceries, or for this live stream. The software we use streams to multiple services, but doesn’t give us the viewer count to my knowledge. So, we rely on one of us looking at the different sites and putting the numbers together.”

Videoed in a warehouse-turned-studio once a week, the “tour” features a different local artist in addition to highlighting area businesses as a way of boosting community spirits.
Murph is gratified that his “world tour” is making a difference in the lives of people close to home. He’s also grateful that it gives him the opportunity to work his console.
“I have been touring with a MQ500 since 2017, right when they came to the United States,” he said. “From what has been told to me, I was the second person in the States to take delivery of the MQ500 and the first to take one on a North American Tour.” 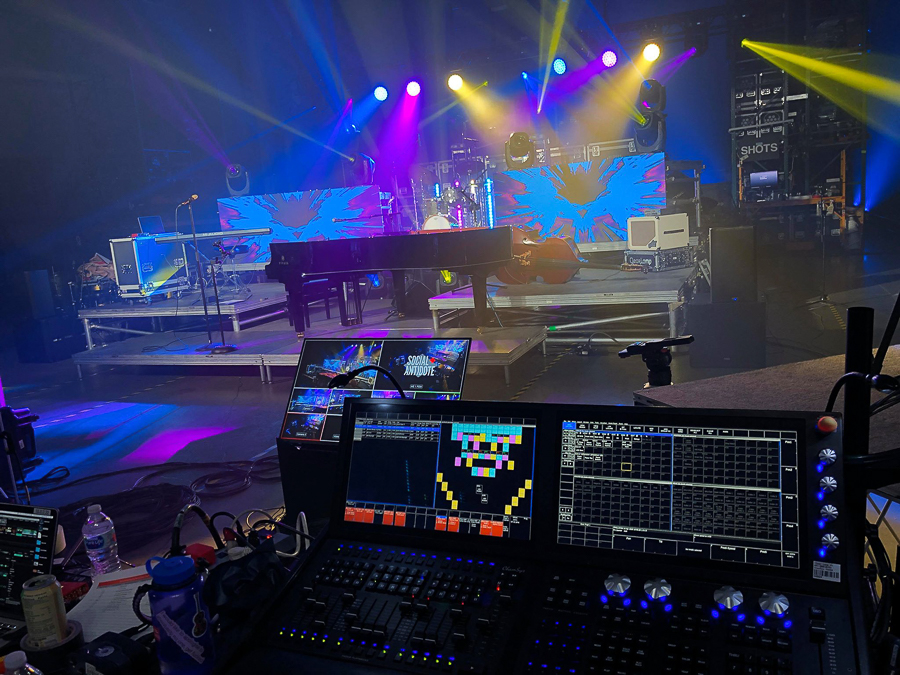 “The COVID-19 Tour is fun, but on the serious side of my work, all of my concerts are programmed out quite well,” he continued. “So, if I’m unable to run the show for any reason, a half competent house LD could run it without too much trouble. This livestream has been no different. I come in the night before and sit down with the artist’s set list to hammer out lighting cues for seven or so songs that I have never heard before.”

When Murph needs to punt openers, or a musician wants to do a song that he hasn’t created cues for, he jumps to a page that includes his pallets in Playback form. “This way, I can have what are essentially two programmers at the same time and I can have them work independent of each other or effect each other,” he explained. “It’s one of the many versatile features that make the MQ500 so valuable.”

As rewarding as his weekly livestreamed shows have been, Murph is looking forward to getting back on the road. He describes it as “surreal,” not being able to hear the sound of the crowd during show. “When the feed is cut, you are just done,” he said.
That is, of course, until the next weekly installment of the COVID-19 tour, which in turn marks one step closer to the day when Murph is back doing live shows again. Until then, humor will see him through just fine.