After P8, P10 and P12, the Audio pro French firm offers the coaxial and versatile P15 speaker, and also completes its subs line from above with the L18. As you will discover in the P15 launch film at the end of this article, this model benefits from the advances already encountered in the rest of the P+ NEXO series in terms of cabinetmaking. 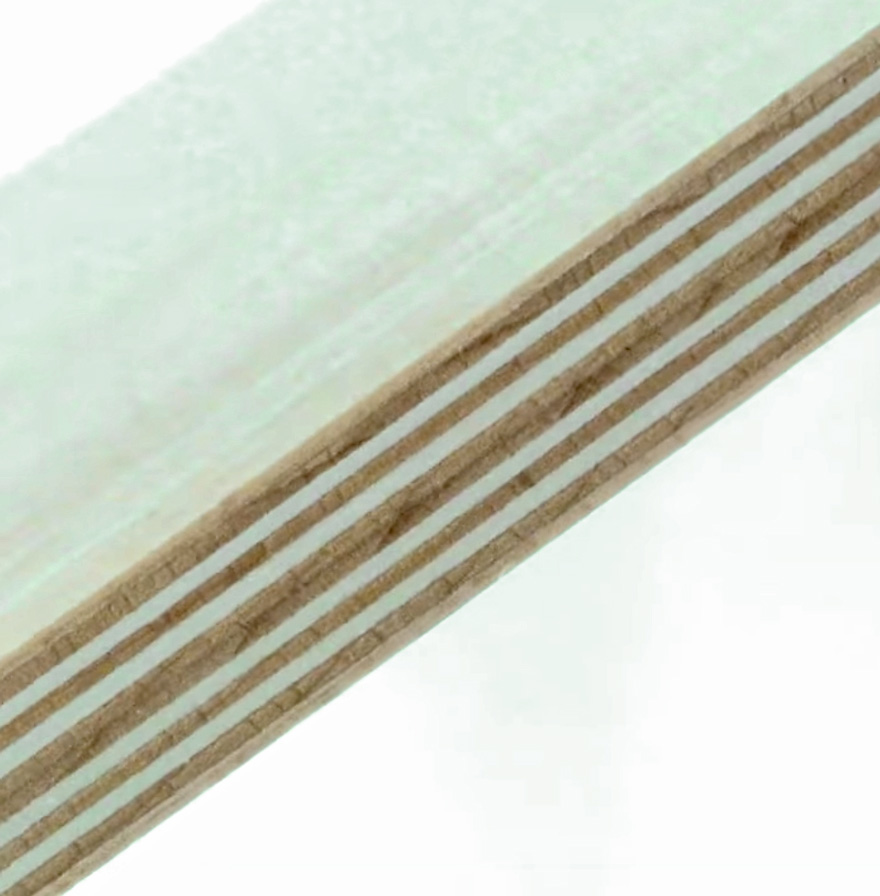 Not easy to see, but one part is birch and the other is poplar.

The panels are worked using numerically controlled machines for cutting, routing and, once the cabinetry is assembled manually exclusively using glues, polishing. Two types of wood are used, birch plywood for the outer layer and poplar, lighter, for the inner one.
The panels are also curved which makes it possible to gain in strength, quality of rendering and to lose weight, while offering much more current shapes and a very compact size. Two wide handles facilitate transport. The weight of P15 is only 23 kg. 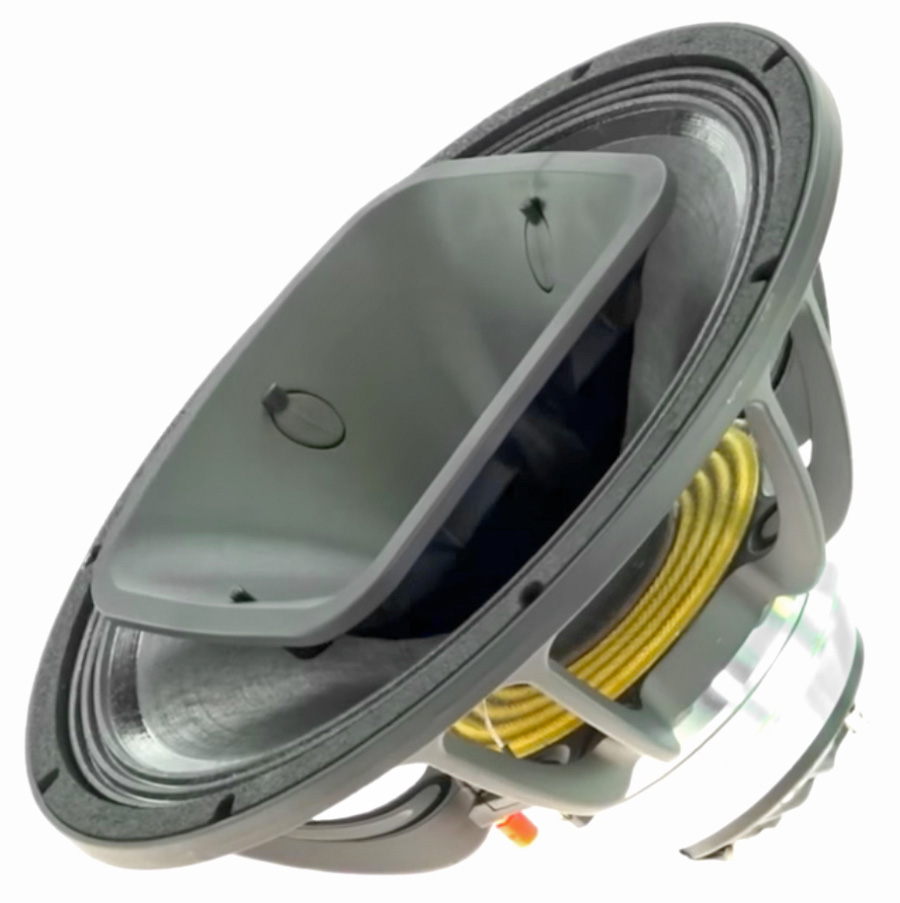 The coaxial transducer that equips P15 is a specific model of very high quality and sensitivity, equipped with a single neodymium magnet for the 15” with 3.5” coil as well as for the driver and its 3 ”dome.

Like P12, P15 can be used in passive mode or in two active channels by manipulating a protected switch located on the rear panel. The SPL gains 2 dB in active with a gain in terms of distortion and coherence around the filter points. The passive filter is embedded in resin in order to protect its components from vibrations and shocks. 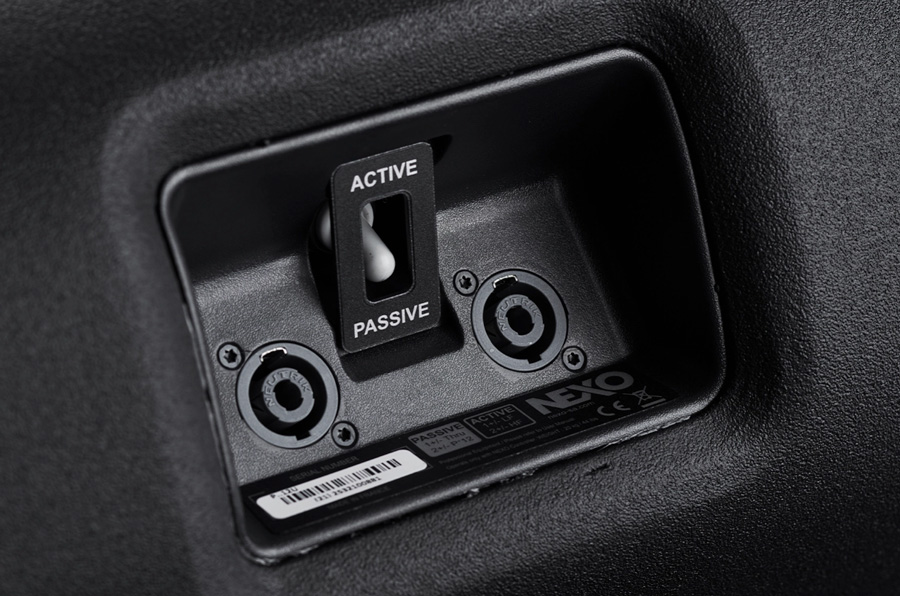 The switch is well protected from improper handling.

The standard waveguide is a 60 °x 60 ° but it is easily possible to add an optional magnetic flange opening at 90 °x 40 ° or lastly an asymmetrical flange called PS, named after the emblematic NEXO model and offering 60 ° ~ 100 °x 40 °.
The back plate contains two Speakon connectors plus one on each of the two sides to simplify the wiring of the wedge lines or when mounting on a standard 35 mm pole. 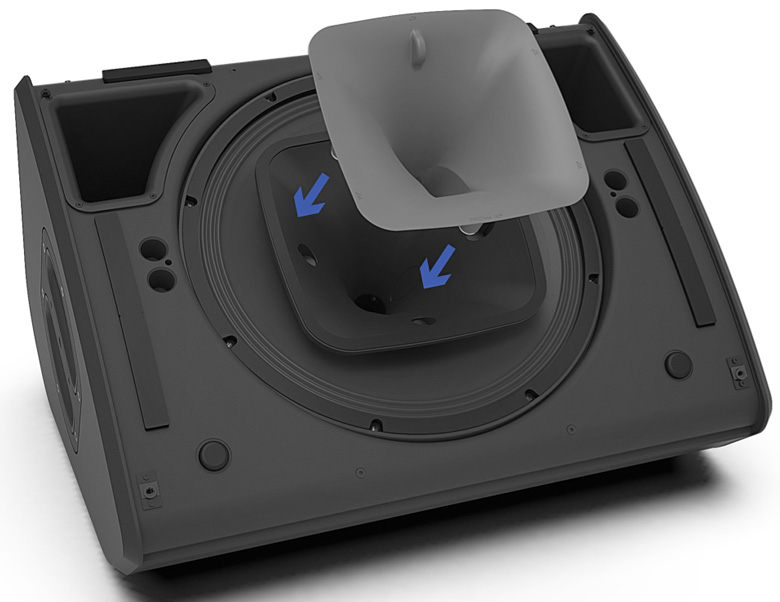 Two vents calculated and drawn by computer exploit in bass reflex mode the rear wave and reduce turbulence and distortion at high level.

Installation versions are available in custom RAL colors and feature a fixed fabric covered grille, universal hanging points on the sides and bottom of the cabinet, and a 2 conductor cable for audio input to ensure degree of protection IP54. 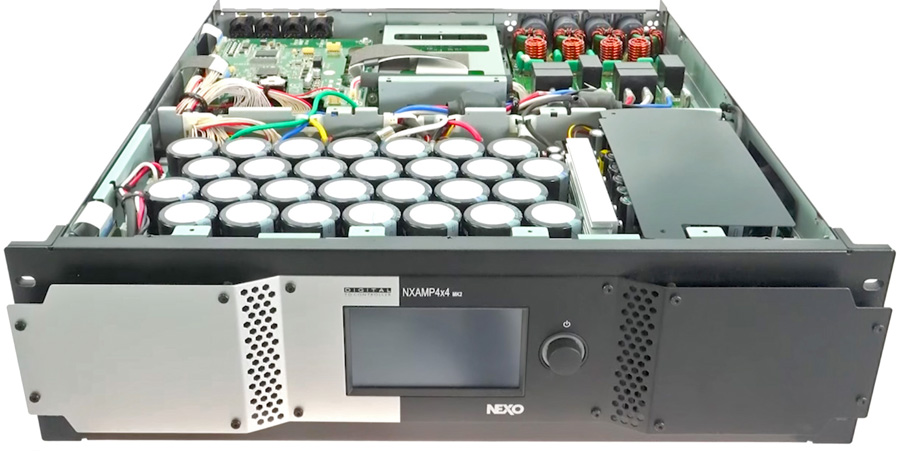 The energy reserves were not forgotten by Yamaha, the parent of this beautiful baby called NXAMP4X4 MK2.

An almost indescribable number of accessories, fly cases, covers, roller trays in addition to flanges exist and facilitate the integration or hanging of P15, alone or in cluster with L18 and when we talk about the ventilator …

The L18 is the sub complement of P15 and manages with a single 18” speaker to deliver the same pressure as the latter. The cabinet also benefits from the same work in double birch and poplar plywood, which maintains the weight at 50 kg despite the band-pass and horn load.

The finish is applied with a gun on a box perfectly sealed with glue and sanded by robot. Three handles per side make handling quick and easy. A pair of Speakons make it simple to put two L18s in parallel or offer an output to, for example, a P15. To let this sub breathe and guarantee the best flow from both chambers, the front grille takes on a very wide yet strong enough honeycomb design. 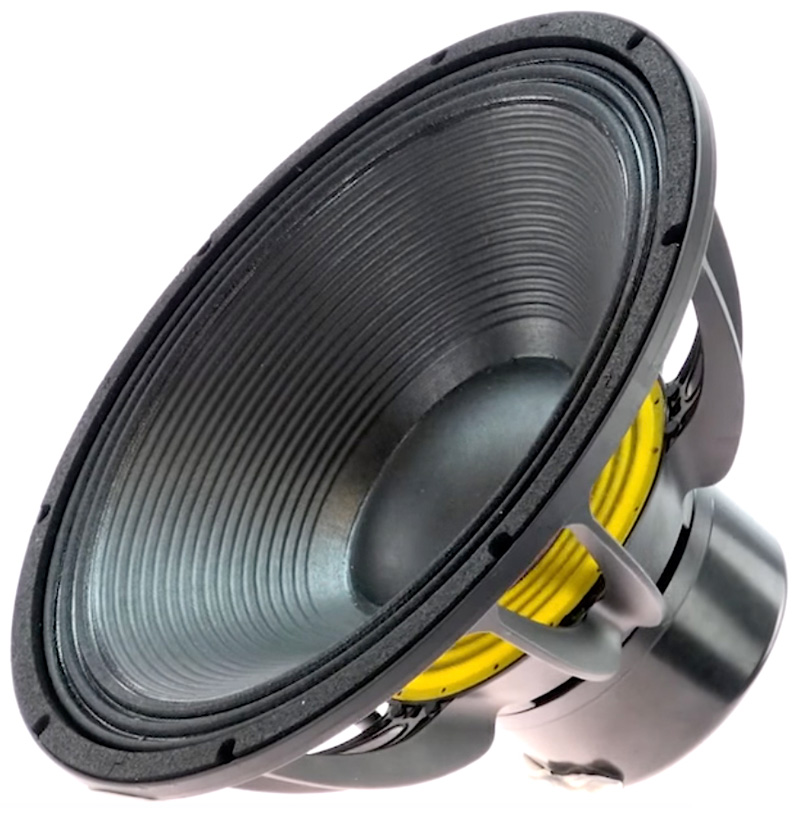 The LF driver chosen by NEXO, an 18” neodymium transducer with a 4.5” coil, is driven by an extremely stiff and capable of high displacement cone. Its tuning delivers a dry, precise and high impact while maintaining a low point of 32 Hz at -6 dB.

Designed to fill or boost the energy of the first two octaves, the frequency response is limited by the presets at 120 Hz. Two cutoff frequencies 85 and 120 Hz are aligned with the phase of all the other NEXO loudspeakers which guarantees a perfect match with P15 or with, for example, any other sub in the catalog. A low latency preset makes it easier to use L18 with P15 for example as a drum fill system on stage. 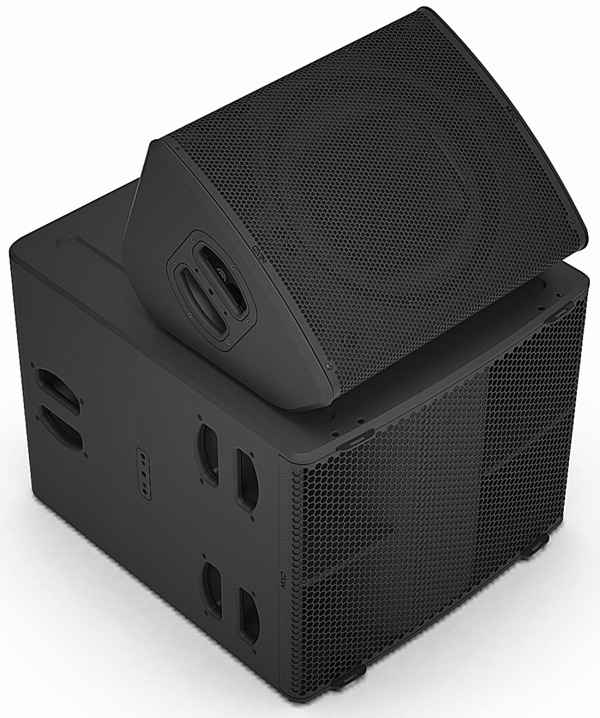 The wedge that will delight all drummers !

Specifically designed to also deliver 100% of its performance with the NXAMP4X2 MK2, the L18 transducer coil has an impedance of 4 ohms, i.e. one sub per amp channel. It goes without saying that with the NXAMP4X4 MK2, it will be possible to align the double.

L18 finally benefits from the computing power embedded in the new NEXO amplifiers via algorithms called Advances Dynamic Processing which adapt the maximum excursion of its transducer with the potential in terms of voltage of the amplifier, this in order to deliver the best possible sound, without risking to trigger the thermal limit of the driver. 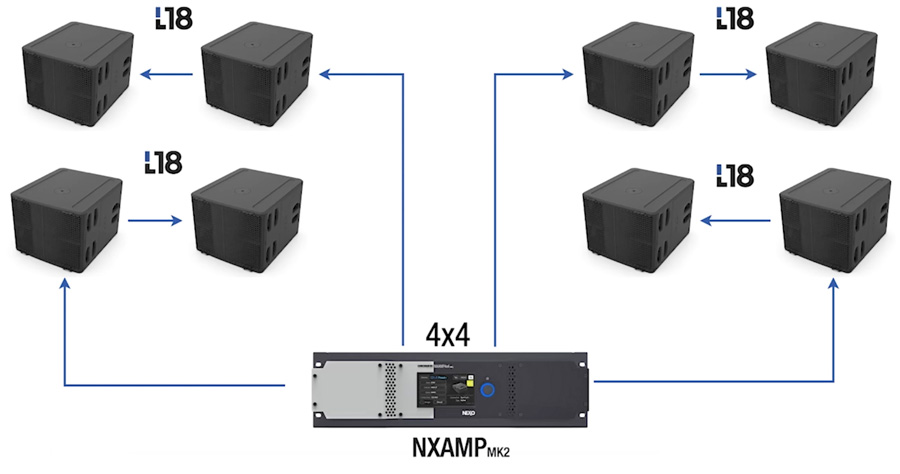 Finally to find out more and discover how well the English language is mastered in Plailly ;0) watch the film below.

And see you in a few weeks when hopefully the virus will be challenged by a needle and NEXO’s lawn will have dried out, for a listening of those noisy babies and who knows, maybe the full range of P + (Let’s call that a message in a bottle assuming that we won’t miss empty ones after the holidays.)