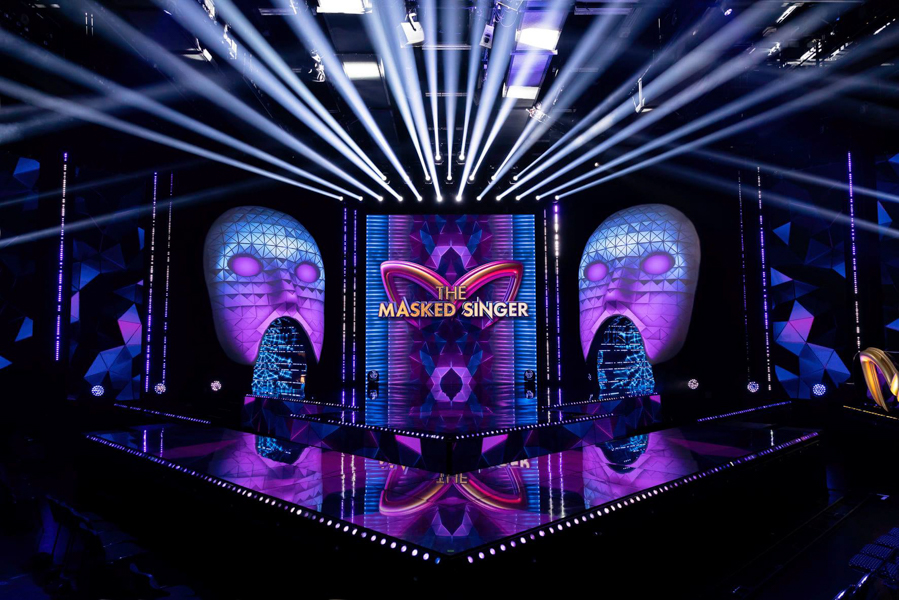 During a career that has seen him work on TV specials like European Commission’s Presidential Debate, and popular programs, including Dancing With The Stars Belgium and Liefde voor Muziek, Michiel Milbou has built a stellar reputation for his impeccable key lighting.
However, in his recent project, Belgium’s version of The Masked Singer, Milbou got to depart from his usual concerns about getting the talent’s face lit “just right.” The result was an opulent outpouring of creativity and color. 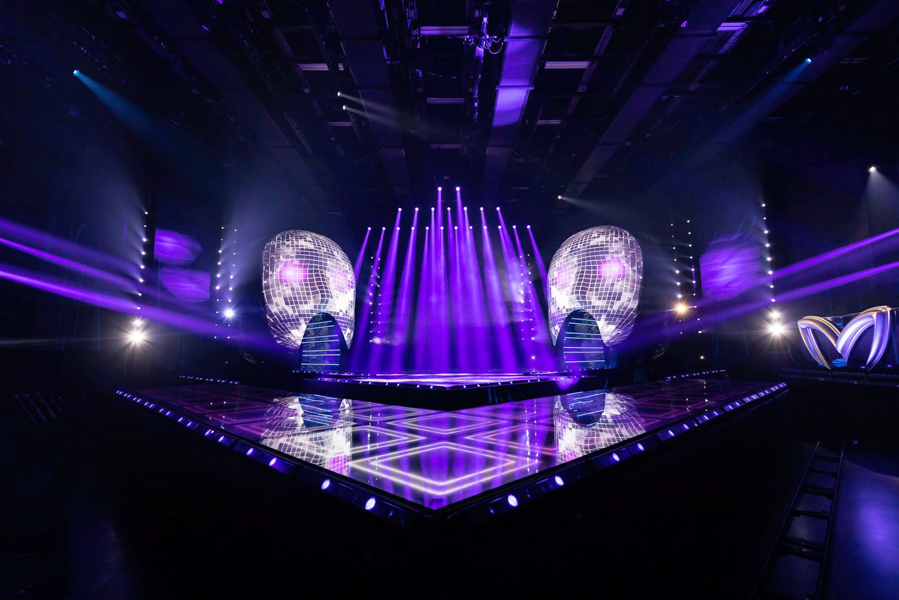 “There were no faces to light in this show, since everyone was wearing a mask,” said Milbou, the founder and owner of Never Fear Shadows. “That was very different, and in many ways a nice change, since it opened up many creative possibilities. It allowed us to go with colors that matched the masks without worrying about key lighting faces.
So, if there was a character with blue mask, we could hit it with various blues, something we couldn’t do to a face. We used Follow-Me software to track the masked characters on stage so we could keep all kinds of different effects on them.” 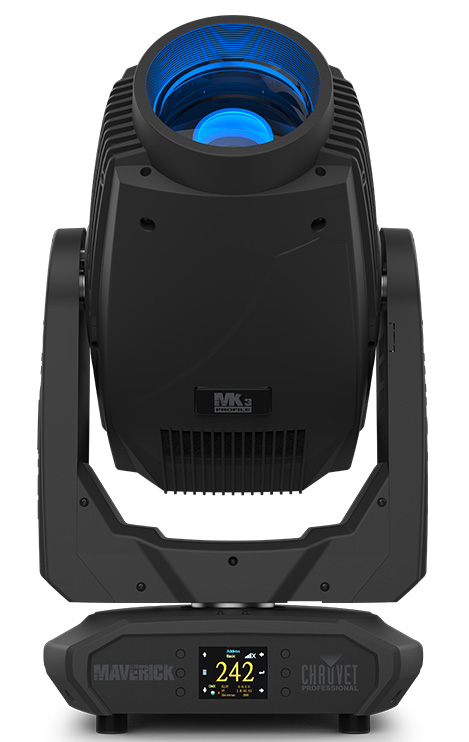 Providing the colorful light that enlivened the masks and famous costumes of contestants were 27 CHAUVET Professional Maverick MK3 Profiles, which, like the other fixtures in the rig, were supplied by Splendit.
“We used the MK3 Profile as our front light,” said Milbou. “Its CMY + CTO color mixing and zoom ratio were helpful in giving us creative options.”

The interplay of colors on the masked characters’ faces was only one of the flourishes that Milbou and his team brought to their design for the global hit TV program.
Prominently featured on the set were two large logo masks, the only requirement mandated by the international franchise for the Belgian show.

These masks took on a life of their own, thanks to some evocative projections mapped on their surface and a collection of ÉPIX Strip IP fixtures inside them.
Milbou had 128 of the 1-meter LED strips in his rig, many of them were placed in the giant masks, with mirror foil behind them. Using the strips to create bright white light, he endowed the masks with a captivating glow that translated well on camera. 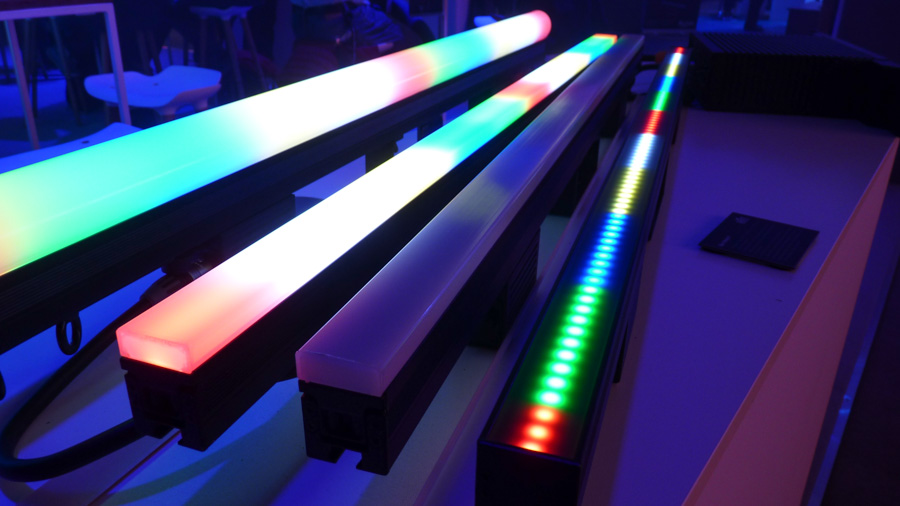 “We had the ÉPIX Strips in tunnels inside the masks and had them glow against the mirror foil we placed behind them,” said Milbou. “The white glowing light played off against the LED screens that we had inside the masks.
I am a really big fan of running these strips in white to accent everything around them.
I also am a fan of controlling strips with DMX, so I can make much sharper effects. Throughout the program, we created different patterns of movement with the strips to reflect the various styles of music.”

Coordinating lighting and video with the styles of eight different masked performers during the eight episodes of the show without repeating looks was a major accomplishment by the creative team involved in The Masked Singer, according to Milbou.

The different color combinations and accents he used to illuminated the masked performers and the patterns created with his ÉPIX Strips contributed to this achievement; so too did the variety of dramatic overhead looks he created with the 33 Maverick MK1 Hybrid fixtures positioned in a pyramid pattern on three rows over the center of the triangular stage.

In addition to creating a camera-pleasing geometric pattern with the stage, the arrangement of hybrid fixtures opened a variety of creative options for Milbou. Running the 440W units as both spot and wash fixtures, he would, at times, direct their light outward, evoking a celestial image, and then have them serve as down lights for another song. With each move, the hybrids were coordinated with the 10 Maverick MK3 Washes that served as sidelights, helping to ensure a continuous flow of fresh new looks. 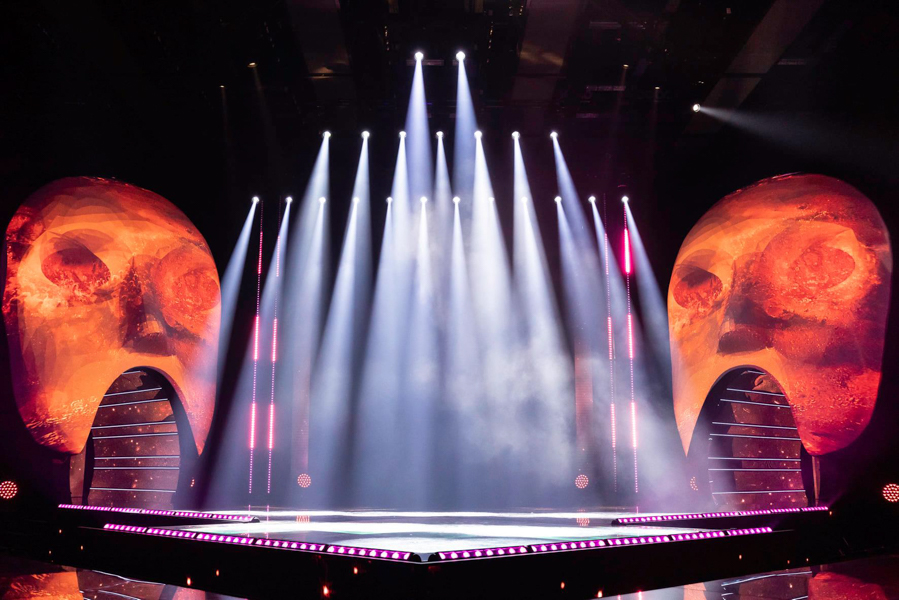 “All involved in this production took great pride in creating something original, said Miblou, who credits the success of this endeavor to his colleagues: executive producer Olivier Deprez, producer Stien Smets, director Maryse van den Wyngaert and set designer Koen Verbrugghe, as well as a “great lighting and video team.”

For Milbou, who began working on the show in early June, The Masked Singer was a welcome opportunity after the initial COVID-19 lockdown. “All of us on the team were very happy to see each other,” he said. Looking at the program when it aired, he expressed “great happiness” with the final results.
Apparently, this sentiment was shared by many in Belgium, as this season of The Masked Singer was a ratings winner.