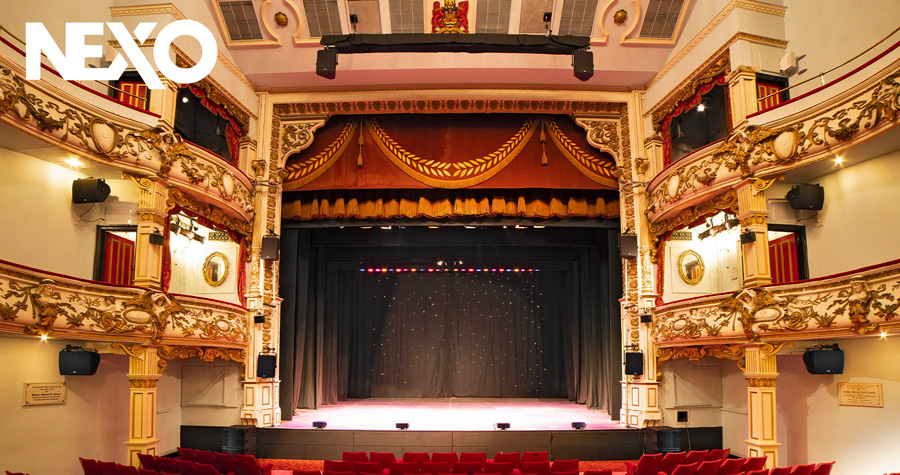 Total Sound Solutions is one of the UK’s leading production services companies. Founded in 2003, the Swansea-based outfit covers a busy calendar of events with a comprehensive inventory of NEXO sound systems, in which GEO M6, M10 and M12 line arrays are available alongside P+, PS and ID Series point source speakers, equipping the company to handle jobs of any scale from community fairs through to multi-stage festivals. 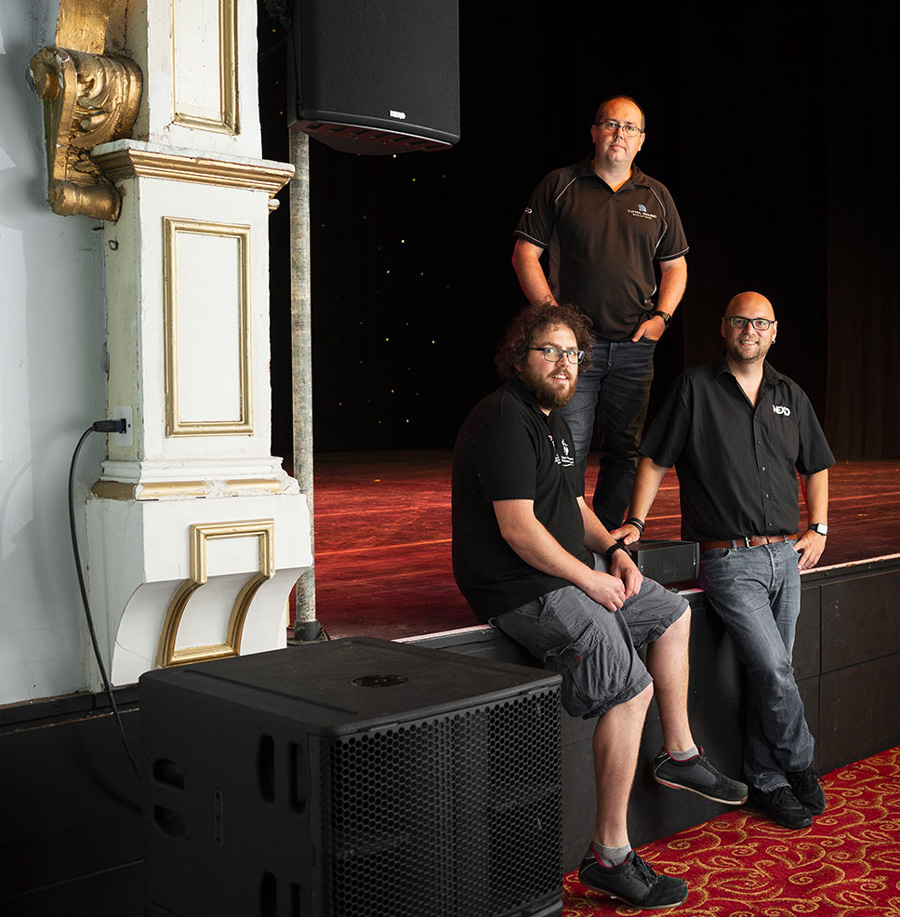 The team behind this story including Chris Hooke.

In the quieter months, the team at Total Sound turns its expertise to designing and installing fixed sound systems including, most recently, at the 1000-seat Swansea Grand Theatre. Total Sound Director Chris Hooke takes up the story.

“We’ve been working with the theatre as a client for many years, providing rental systems for one off events. We know the venue well, so when the subject arose of a new permanent system, we were happy to contribute our ideas for a generic configuration which became the basis of the tender document.
Even though the system was ‘unbranded’ at that point, we already had NEXO P12s, L15 subs and ID24 under-balconies very much in mind from the outset.”

Following a rigorous tender process in which submissions from several installation companies proposed systems from competing brands, it was Total Sound Solutions’ design for a NEXO system that won out, delivering what Chris believes to be the perfect combination of performance and value for money. 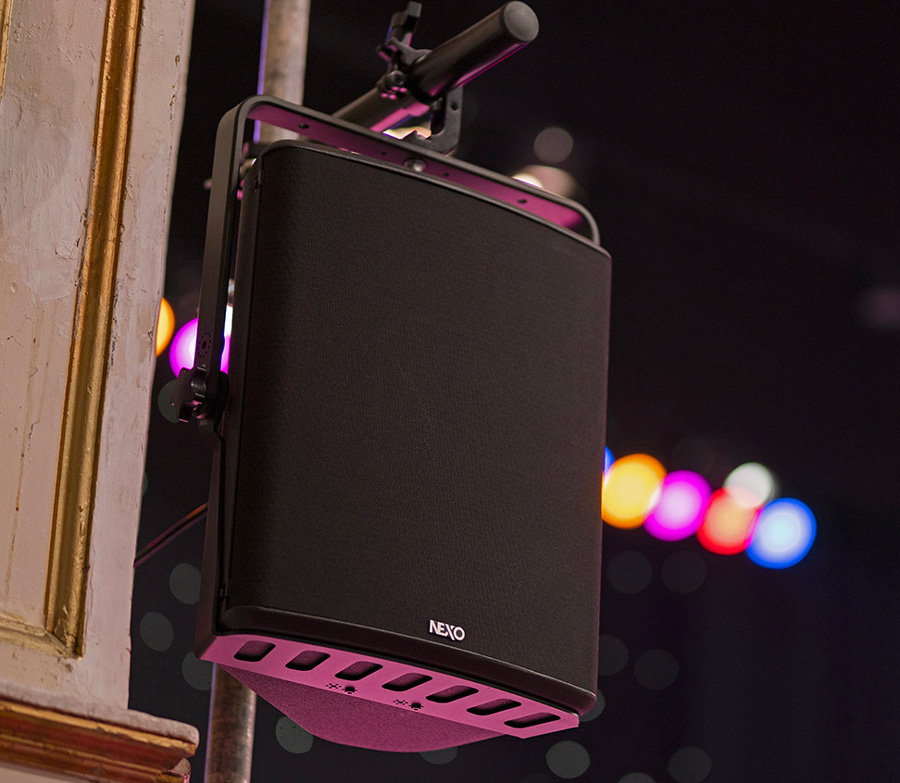 “We demoed the P12s with 90° x 40° horns alongside L15 subs and invited the theatre’s technical team to move around the auditorium and tell us where one speaker took over from another. Everyone agreed that coverage was totally even, meaning everyone gets the best seat in the house.”

The full system comprises of 2 pairs of P12s mounted vertically either side of the stage at the height of the Stalls and Grand Circle, with an additional pair mounted high up on the front truss addressing the more open Upper Circle. 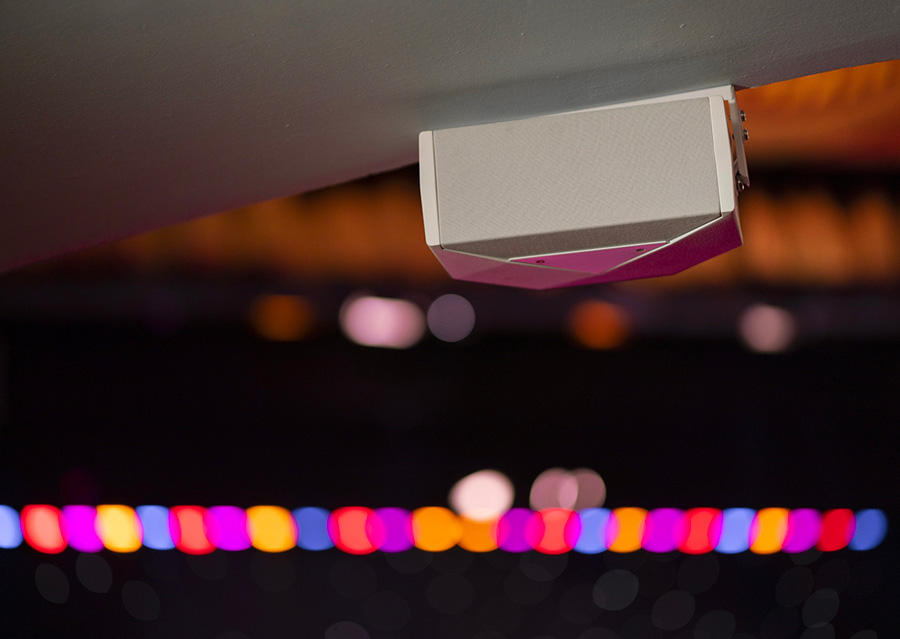 One of the many ID24s filling good vibes under each balcony.

Additional horizontally mounted P12s are deployed as delays some 5 meters in front of the stage at Stalls and Grand Circle height, with a pair of ID24s fulfilling a similar role at the top.

Two pairs of L15 subs are located on the floor, while 4 x ID24s are used as stage front fills, and 3 x ID24s as fills under each balcony.
“When we came to tune the system, everyone was amazed at the power, coverage, and clarity of such a compact and visually unobtrusive system.” 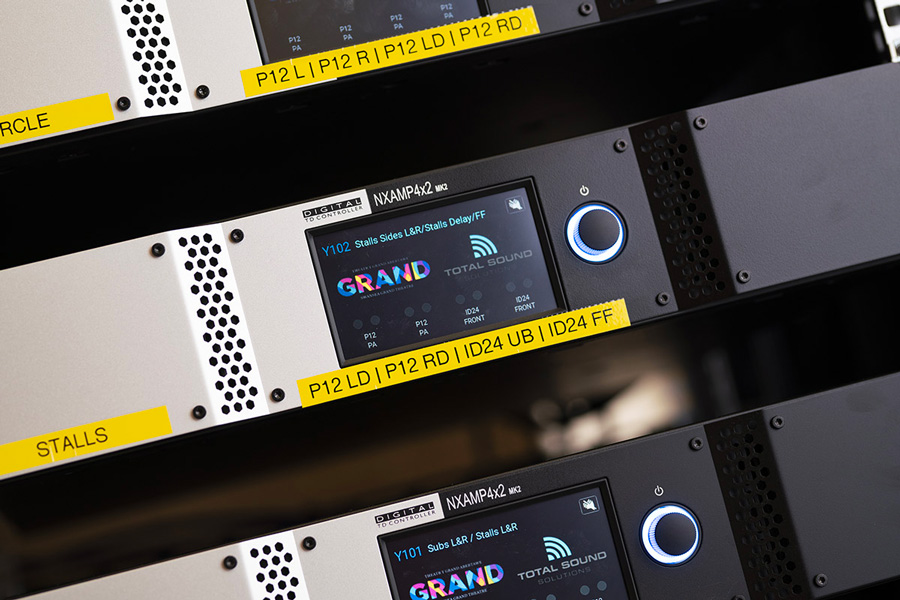 Some of the four NXAMP4X2MK2.

Amplification and processing come from a Dante network of 4 x NEXO NXAMP4X2MK2 powered controllers which integrates seamlessly with the theatre’s existing Yamaha console and stage boxes.
Every speaker and pair of subs has its own channel, allowing for individual processing and time alignment.

“Another big benefit of specifying NEXO products is that all the mounting hardware is independently TÜV certified, so we can be absolutely sure of our calculations and the venue can comply fully with health and safety requirements” says Chris.

“We also get great support from NEXO, and we’re able to extend these benefits to our customers. With NEXO, it’s like being part of a family.”