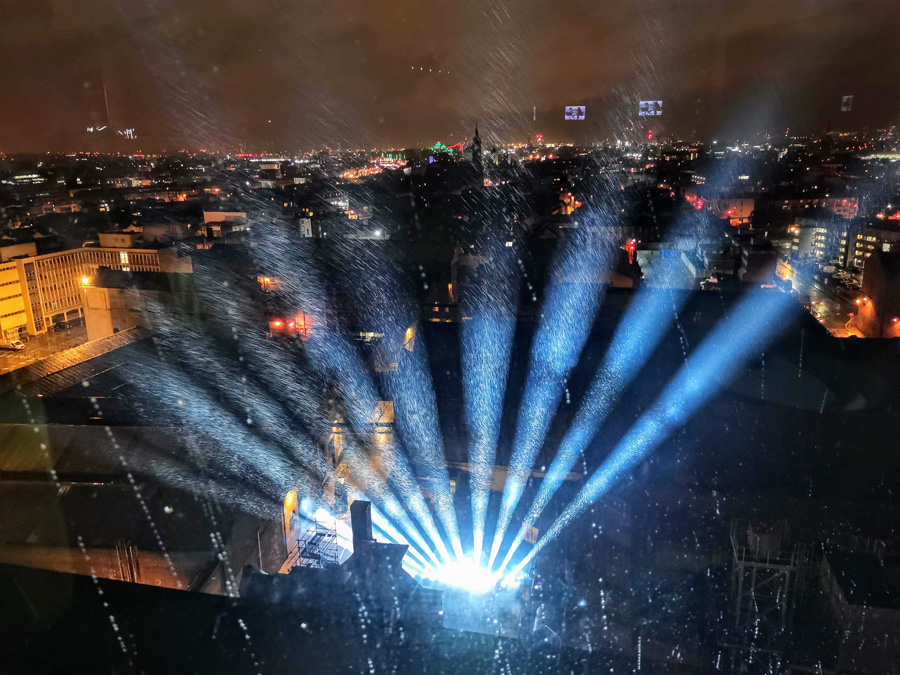 Have a beer and become famous! A New Yorker visiting the Dublin St. James’s Gate Guinness brewery with her Irish fiancé helped celebrate a momentous milestone recently when she became the 20 millionth visitor to Guinness Storehouse. This place is Ireland’s most popular tourist attraction.
The occasion was highlighted with an event that included an indoor concert for 500 guests along with an outdoor lighting spectacle in which Elation Proteus Hybrid™ weatherproof moving heads helped draw attention to the brewery. 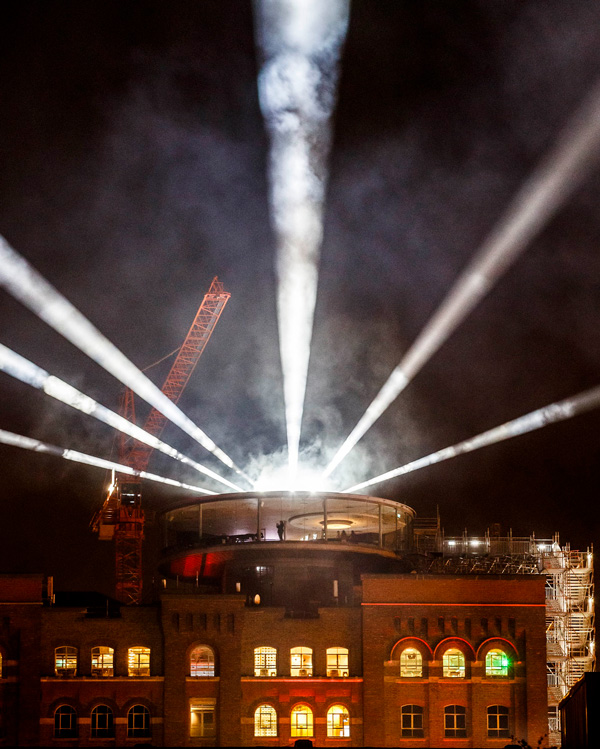 Dublin-based lighting designer Conor Biddle (conorbiddle.com) was brought in by events and branding agency Archetype as creative director for the event, which took place April 25th. “The brief was to have the whole city looking in one direction – toward the brewery – so I knew I needed a powerful beam,” stated LD Biddle.
He actually had noticed the arc-source Proteus Hybrid used on the New Year’s Eve light show on the Burj Khalifa in Dubai and was impressed with their performance and durability.

Biddle also handled creative direction on the project and tapped into an element of Guinness’ storied brand, the iconic Guinness harp. “We took the idea of the Guinness harp and created a light harp in the sky with beams from the Proteus Hybrid,” he says. “It was really attention-getting.
We wanted to create a lot of social media talk with people wondering what the light beams were all about. The furthest away we had a report that the light beams could be seen was an impressive 70 kilometers.” 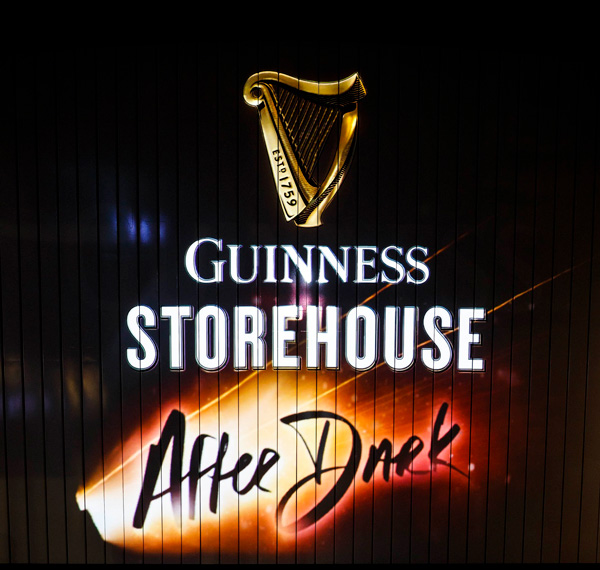 Guinness Storehouse is part of the brewery itself and tells the tale of Ireland’s famous beer, with tastings and a rooftop Gravity Bar with 360-degree views of Dublin. It was atop the bar that Biddle placed the Proteus to emulate the strings of the Guinness harp.
“The main harp look was just the creative starting point,” Biddle says. “We also had three other locations around the Guinness site with banks of Proteus fanned out to create a 360-degree look. Each location was approximately 100 meters from each other and no matter where you were in the city you could see the beams in the sky.”

All equipment and crew, spec’ed by Biddle, was supplied for the event at all locations by leading Irish production company Production Services Ireland (PSI) to Archetype. Biddle commented further on the Proteus lights: “Some other fixtures I looked at didn’t have the nice sharp beam I wanted, but the Proteus gave the nice sharp beam all the way up to the top.
You could actually focus them on a cloud to a sharp gobo, which was very impressive. The optics are great and the power and punch was outstanding. I don’t think there is anything that can match it.”

As this was Ireland, rain was perhaps inevitable (sorry ’bout this line, beloved Irish readers! Ed.) yet the Proteus fixtures didn’t seem to miss a beat. “The fixtures had a lot to deal with, especially the night before the event getting high winds and torrential rain. They definitely had a work out and we didn’t have a single problem,” Conor Biddle concludes. 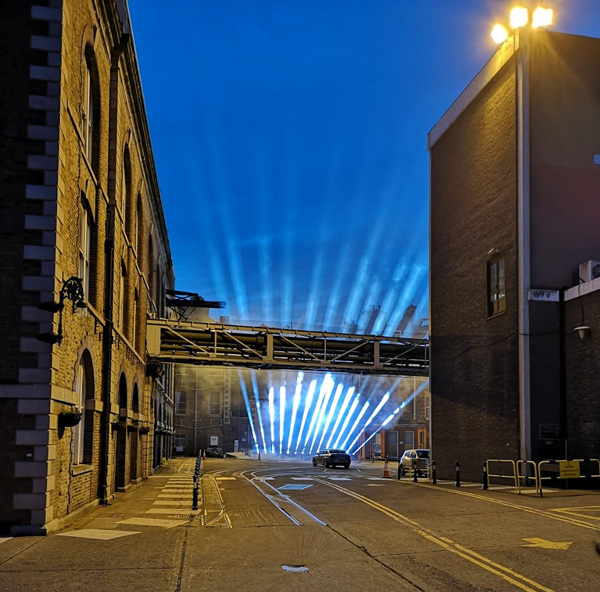 More information on the Proteus Hybrid, and the others range on the Elation Website.