Cirkusrevyen (Circus Review) is hugely popular and the longest-running review performance in Denmark, with a 6-month season kicking off every year since 1935 except for 1945 (due to fire) and 2020 (due to you know what!).
Staged in a purpose-built big top tent in Klampenborg, Dyrehavsbakken north of Copenhagen, known and loved for its incisive and hilarious style of political satire … the 2021 season was lit for the first time using Robe Esprite moving lights.

The lighting spec also included a Robe RoboSpot remote follow spotting solution, LEDWash 300+s and LEDBeam 150s, all supplied by rental specialist Live Company, who were working on their second season as a supplier.

Lighting designer Malthe Haugaard was designing his fifth Cirkusrevyen season, which started on its usual date of around 6th May initially to restricted audiences due to Coronavirus rules. As these were gradually relaxed, ticket sales opened up and were devoured as demand for live entertainment far outstripped availability!

A brand-new production design is created for each season, just as a new review format is evolved and developed. In addition to the backbone of sketches, the action is interspersed with performance slots for music and dance numbers.
The challenge is always how to best and most efficiently maximise the confines of the tent space to deliver the highest production values, and for the rig to be infinitely adaptable, as the show script changes right up to doors most weeks, keeping pace with current affairs and issues.
For this season, the Esprite were newly purchased by Live Company to replace the older moving lights that have featured on previous productions. Of the 19 x Esprite used for general show lighting, seven were rigged on a truss between the tent’s rear king poles – making up the ‘front’ position in relation to the stage – with the other 12 on the over-stage rig where they were used for back lighting and gobo effects. 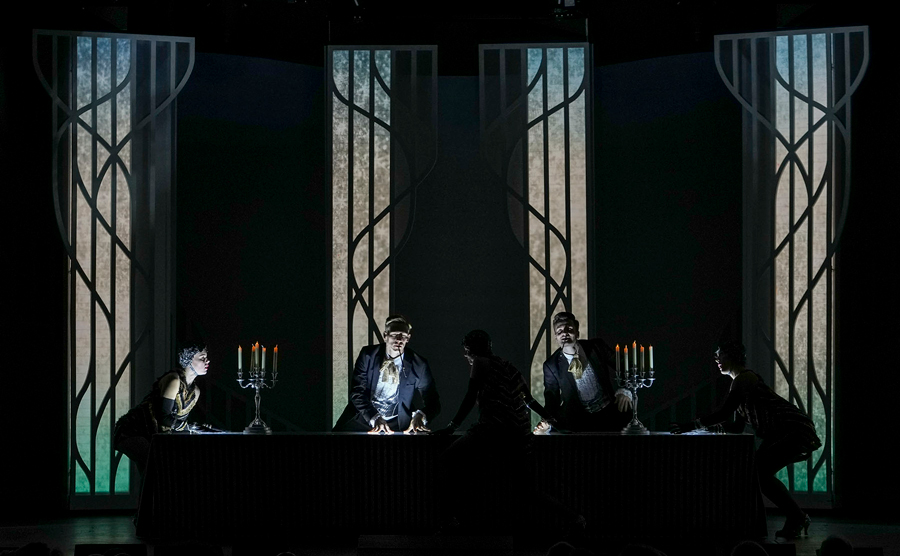 Malthe likes the output, the colours including the range of whites – he’s a big fan of white source LEDs – as well as the colour mixing, flat beam field and “fantastic continuity” offered by the fixtures through every show. This is important with nine shows a week, and an aspect that was a lot more idiosyncratic using discharge lamp fixtures!

The show is also recorded for television, and the TV production team were also suitably impressed with Esprite capabilities and features like the high CRI, green filters, and anti-flicker C-Pulse PWM management. Using LED light sources has also contributed to reducing the overall temperature of the tent during the summer months which can hit a sizzling 50 degrees!

A RoboSpot system was first introduced to Circusrevyen three seasons ago, making a massive difference to the show and benefitting everyone’s health and peace-of-mind not having spot operators in the tent roof! “Safer and more versatile all-round,” says Malthe. 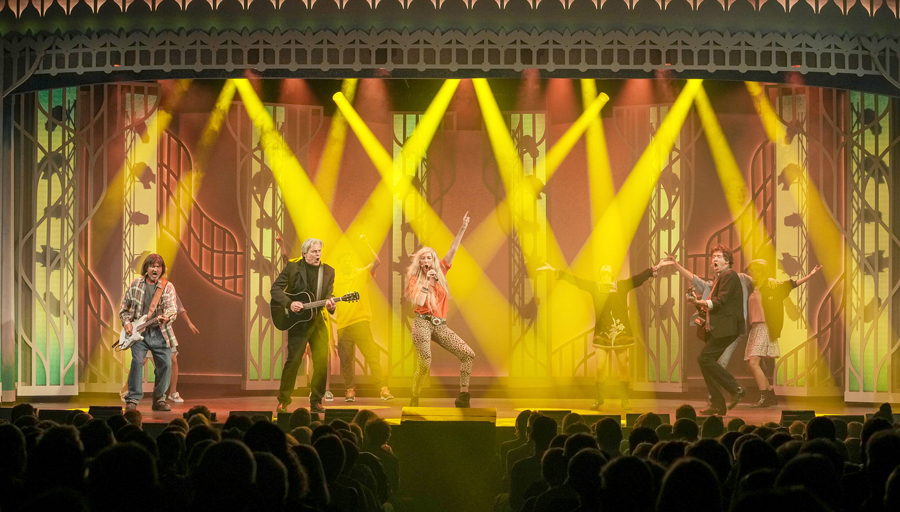 Three Esprite FS (Follow Spots) were supplied for the 2021 system, complete with the integral camera, controlled via two BaseStations located in a small office outside the tent with a full screen view of the stage. Keeping this area completely separate worked well for the Covid distancing regulations whilst still in place.
Using an integrated RoboSpot system also enabled the lights to be utilised for other tasks apart from just following artists.

The other Robe elements on the rig were 35 x LEDWash 300+s, used for stage and front washes. Malthe says with a smile, that he’s hoping to get LEDBeam 350s onto the 2022 season for this same function, and he’s also eyeing up using Tetra2s, Robe’s moving LED batten, as he really likes these.
Eight Robe LEDBeam150s under a glass topped podium were used to great effect for one of the dance acts, and there was also an old-skool PAR can wash along the front positions for some tungsten contrast. All lighting was controlled via a grandMA3 console. 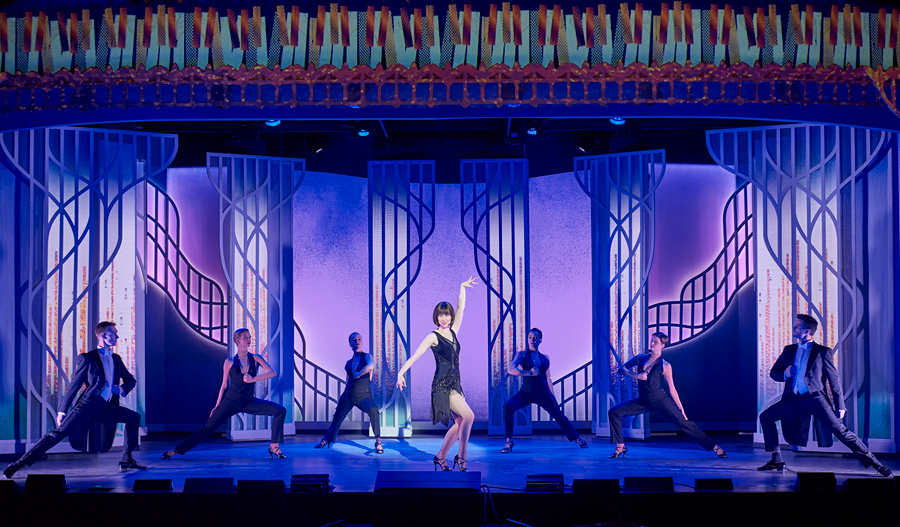 Malthe works at the Royal Danish Theatre in Copenhagen as a programmer in addition to running his thriving freelance lighting design practice and has used Robe for many years in his work, having first encountered the brand whilst working at Copenhagen’s famous Tivoli Gardens amusement park around 15 years ago.
He thinks Robe has “advanced enormously” in the last five years and is now “constantly bringing new, cutting edge and properly innovative products” to the market.

Live Company is a fast-growing rental company based in Copenhagen that has also started investing steadily in Robe products. For Circusrevyen, they supply the full lighting package including a production LX and console operator.