Following a 17-month hiatus from the road, pop rock band shakes off the cobwebs on 8-week tour across North America. Lighting supply by Upstaging. 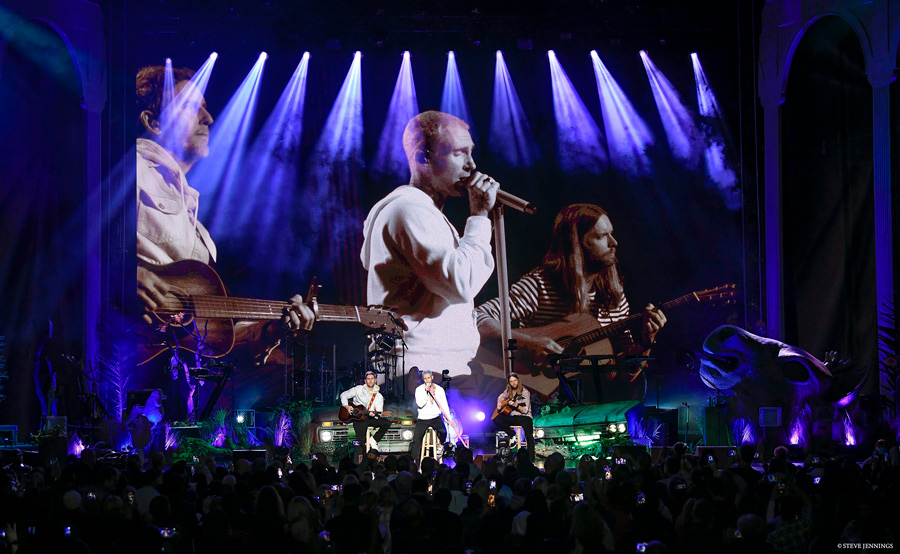 Three-time Grammy Award-winning band Maroon 5 wrapped an early fall tour on October 8th in Concord, California, the conclusion to an 8-week return to the road lit by Brian Jenkins using Upstaging-supplied Elation lighting. The pop rock band played sheds across North America in support of “Jordi,” a summer release dedicated to band manager Jordan Feldstein, who passed away in 2017.

Maroon 5 has proved to be one of the most successful acts of the past 20 years with at least one top five single on the Billboard Hot 100 on every album since their 2002 debut release. That staying power echoes a consistency that has defined the tightly bonded group, a constancy that includes the production crew.

Lighting designer/director Brian Jenkins is in his ninth year with the band, a collaboration he calls “my part-time full-time gig,” explaining that the band will “knock out a block of shows, and then retreat into the shadows for a bit.” It’s a schedule that has worked out well over the years, allowing him to work on other shows and with other designers. “We have a friendly, tight-knit crew and mostly everyone has been with the organization for some time,” he says.

With touring in limbo, the band had shelved its 2020 North American tour but already in early 2021 murmurings emerged of a shed tour and by late March, it was apparent that a fall tour was going forward. “Nothing was 100% with pandemic reports and restrictions,” Jenkins said, “but we had to get the ball moving and would figure things out as we went along.” 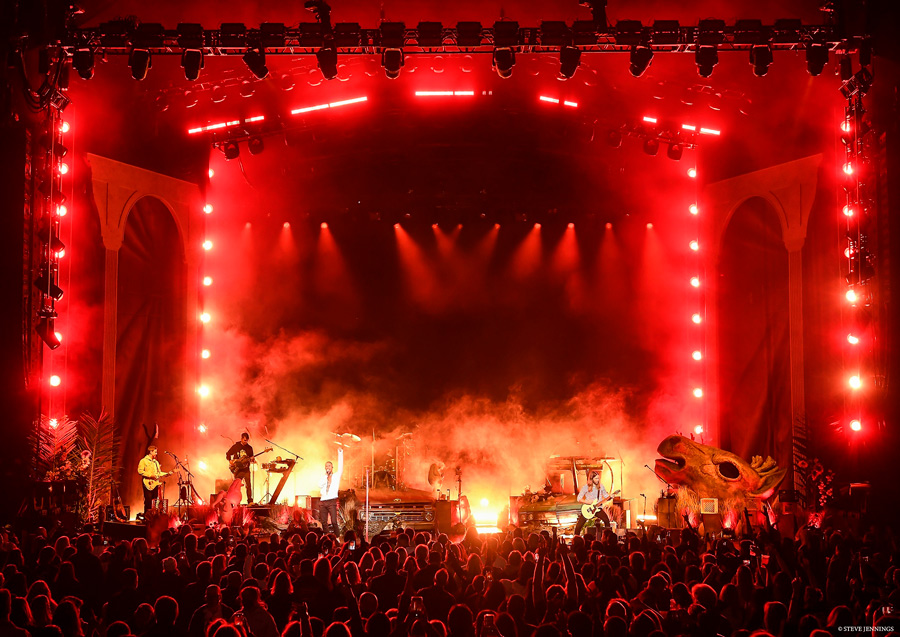 The tour kicked off on August 10 in Auburn, Washington, with an eager production crew thrilled to be back working. “During the first week of shows, everyone found their groove again and it was like (new) old times,” the designer states. “Kudos to our production team and the Live Nation staff that did a lot of leg work to make it smooth and safe. Covid protocols threw a bit of a curveball sometimes, but overall we had a safe tour and everyone was thankful to be doing live shows again.”

Although they could have relied on a postponed 2020 tour design (the band had played a string of South American shows in early 2020 and was planning a North American tour before the plug was pulled), Jenkins says that this 2021 tour design turned out to be quite different. “Originally, Adam [lead singer Adam Levine] and the band were going for a very polished, modern look with clean lines, slick content, integrated camera work with notch effects, and automated lighting/video pods,” Jenkins says.

“Given a year to gather new ideas, they did a 180 after working with Sophie Muller on a music video for American Express. The new direction requested was a deconstructed, post-apocalyptic world. So we ended up with old cars, dead trees, a massive horse head, and Roman arches to name a few set elements. Oh, and tumbleweeds.” 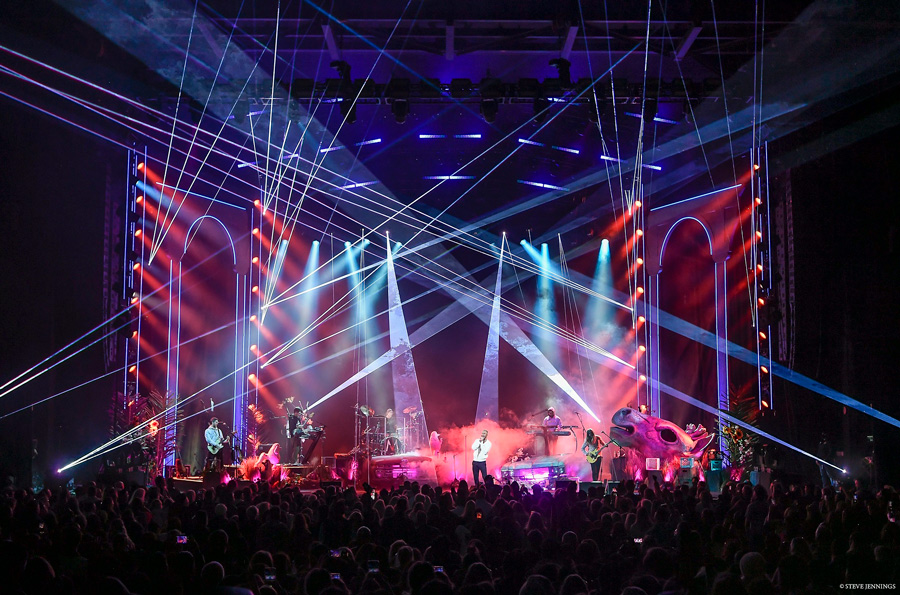 Working together with the band during the initial concepts and renderings, Jenkins then relies on his familiarity of the band, their music and aesthetic to flesh out the lighting looks. “They’re pretty easy-going, honestly,” he says. “Being with the band for this amount of time, I have a sense of the style and energy the show needs to display. We certainly exposed a different color aesthetic for this tour with Sophie Muller’s direction, and I think it worked well with the content and overall feel with the set.”

Being a pop show, Jenkins says there were a lot of “cues, pops, bloops, and occasional whistles” together with a number of beamy looks, high-side sculpting, and silhouette moments speckled throughout the set list. “LEDs and strobes are loaded-up and used frequently,” he said, before providing a further peek into his design schemes.

“We generally lean into heavy color saturation for the higher energy songs and then reset the palette for more of the slower tempo segments. For each song, I tend to create a base look that rides through the song and layer on top with effects and timecode hits.
Once the guys start, they usually do 5 to 8 songs back-to-back so there’s a lot of energy and not much downtime with blackouts, talking, guitar changes, etc. It’s a lot of fun. After 25 minutes, they come up to take a quick breather and then go after it again.” 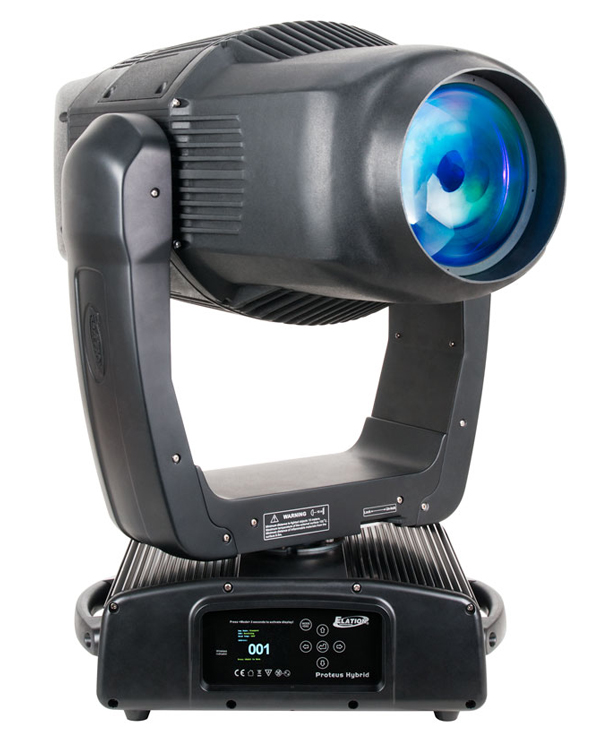 An integral part of the color and effects package consists of 14 Proteus Hybrid LED moving heads, 40 Fuze Wash Z350 LED wash lights and 24 Volt Q5E battery-powered LED wash lights. “We use the Proteus Hybrid primarily as key light,” Jenkins explains.
“Considering that they’re occasionally exposed to the elements on the downstage truss, the IP rating was a key in choosing this fixture.” 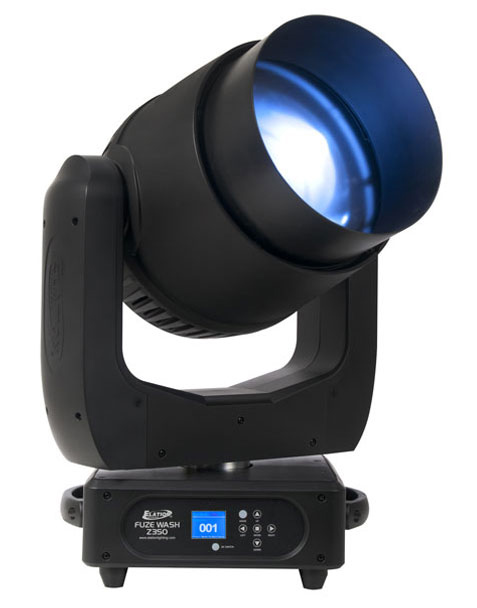 The Fuze Wash Z350s with their single source RGBW color mixing and non-pixelated lens face the designer calls his “workhorse” fixtures. “The large aperture face with a homogenized LED color engine made this a new favorite light of mine. 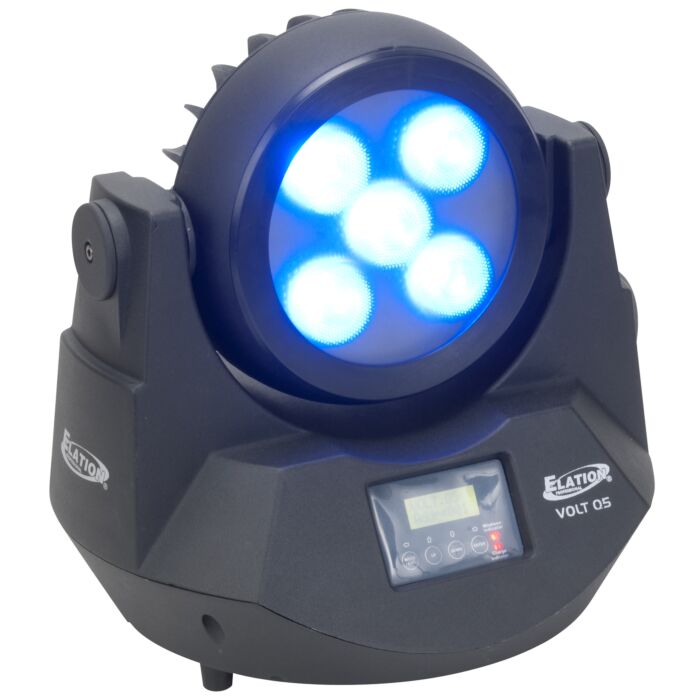 It’s nice to get a look out of the face of the fixture at 5%. With LED engines on fixtures, dimmer and color curves are certainly important and I was especially happy with the performance we achieved from the Fuze Washes. Great lights!” Meanwhile, the unobtrusive, battery-powered Volt Q5E fixtures helped light all the floor set elements. “We added a bit of frost and they worked out nicely with the DMX transmitter. Our guys charged them during load-in and we fired them up during set change.”

Sensitive to the needs of a hard-working crew that had the show up at every stop and back in the trucks after every encore, Jenkins names reliability as a particularly important aspect of the lighting gear. “The techs have long enough days, as it is,” he says, and then quips, “If we can keep them from climbing around the rig, they tend to give me less hell.”

Lighting vendor for the tour and the company keeping the gear in good shape was Upstaging, “a lovely company to have as a touring partner,” Jenkins says. “John Huddleston and the colleagues he surrounds himself with are top in the game – they run a tight ship. They take great pride in offering a polished touring product and supporting it to all degrees. Their combined years of experience really pays off when it comes to brainstorming and figuring out solutions to problems.” 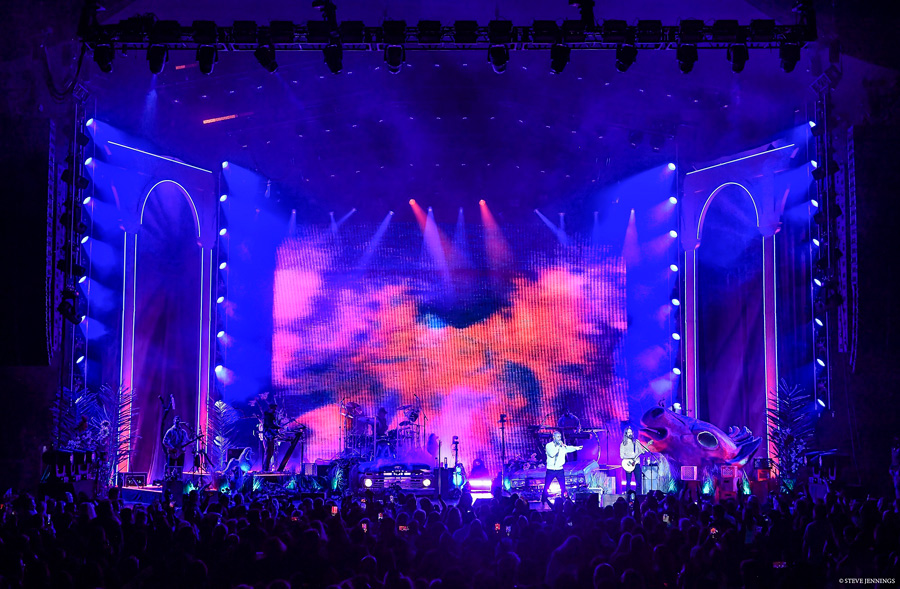 Jenkins gives a shout out to Touring Manager Fred Kharrazi and Production Manager Alan Hornall “for supporting the design and working together through it all. Our crew chief Mike Green and his band of technicians are top notch and indispensable! John Dacosta, our media server guru (who also fills in running M5 lighting from time to time), is one of the best people you’ll meet on the planet. Finally, kudos to my good friends and colleagues Matt Geasey for the PreViz and drawings, plus my co-conspirator Jason Baeri for work in the initial design phases.”