During a fully digital presentation, with the unprecedented presentation of his new Aura PXL, Martin unveils a hyper current, fully pixelated lighting fixture. 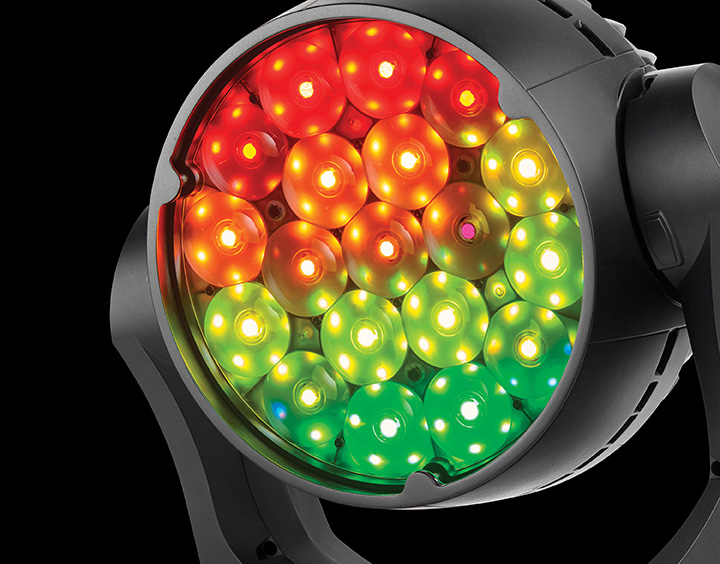 Cast not a clout till may is out, except online. While much of Western Europe and North America are in a lockdown, many solutions are blossoming within our cocoons, defining the beginning of an industrial revolution.
Many companies have been able to adapt to telecommuting, by integrating solutions which were still reserved for a few connected start-ups. Video conferencing, online Drive, connected messaging, online training and virtualization demonstrate for some of the office workers telecommuting is ultimately possible.

Another of these techniques is called Webinar, a web distributed conference in front of a large panel of digital surfers. It is through this unexpected channel that Martin unveiled his Mac Aura PXL, within two sessions in-line with its partners’ time zones. With the lack of an exhibition stand matured with clusters of lighting fixtures, instead Markus Klüsener, offered us a virtual walkthrough between slides and illustrations to discover this new spearhead. 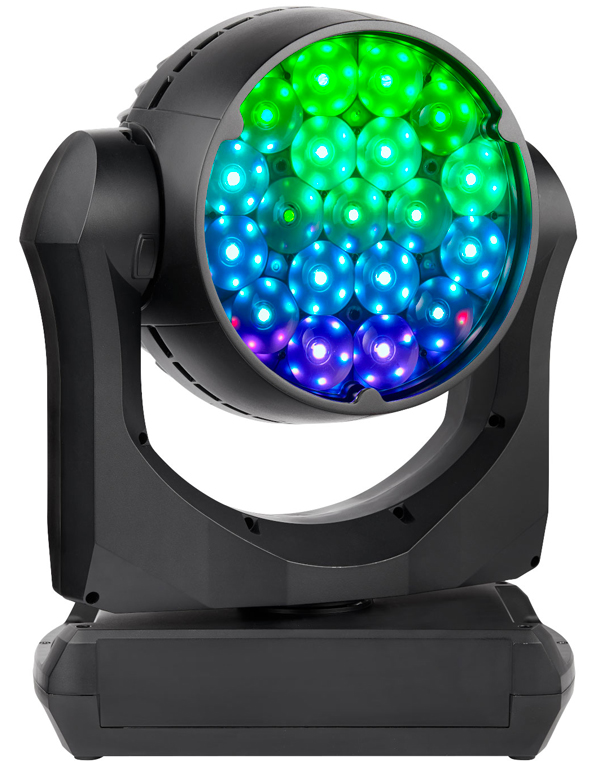 Halfway between a Mac Aura XB and a Mac Quantum, the Mac Aura PXL remixes its success of the 2010s into a more powerful, more versatile, even more detailed version.
Sitting on the base of the Mac Allure, with which it shares the same menu, the same yoke and the same connectivity, the Aura PXL is distinguished by the update of its famous front lens, wider, featuring 19 optics behind which are housed 19 RGBW 40W LEDs.

The overall light output suddenly jumped to a value of 13,000 lumens, which is more than the double of a Mac Aura XB’s output, hitting the 15,700 lumens of the Mac Quantum. If the new generation of LED chipsets is part of this move upmarket, the biggest effort was brought to the development of very high-quality optics, the best ever produced by Martin, transmitting maximum light to achieve a record efficiency of 28 lumens per watt.

This output power comes with a greater precision in the focus management, with a very defined tight beam and a more homogeneous wide beam. Martin reached a new milestone with a bean intensity of a million of Candela, 4 times the output of the already salient XB’s output power. With a 1: 8 zoom ratio that extends from 7 to 55 °, the Mac Aura PXL navigates between Beam and Wash without any difficulty.

The RGBW colorimetry is calibrated by default on the Aura XB and Quantum’s references for a no brainer add-on to an existing fleet of equipment. Of course, as on its ancestor, an extended mode is possible to fetch the most saturated colors. The Mac Aura PXL completes the Martin range, between Mac Aura XB and Mac Quantum. The evolution of LED sources and optics shows record flows for the Mac Aura PXL.

With a CRI greater than 74 and a TM-30 Rf of 79, the color rendering does not compete with the output power exploit, but remains of a suitable level for live applications. The variable color temperature from 2,000 to 10,000 K, as the tungsten emulation and the virtual color wheel enhance the range of possibilities.

The other features of the Mac Aura PXL are no surprise for the brand’s aficionados. They will find the dimmer, the strobe, the movements and of course, the famous Aura effect to make the whole lens shine and create precious backgrounds in video production or in a diffuse atmosphere.
With a more significant weight and size, this almost 16Kg Mac Aura PXL will surely be less swift than its little brother, with a consumption of 570 W., As the centerpiece of a new cooling system, a large fan takes place at the back of the unit. Despite this forced air flow, intelligent management reduces operating noise to a minimum, providing several ventilation modes, from the quietest to the most efficient.

The base offers an In/Out PowerConTrue1 connector, DMX XLR5 connectivity and two EtherCON Neutrik ports for RJ45 wiring. The Aura PXL plays with protocols, with the native implementation of DMX/RDM, ArtNet, sACN, but also with the proprietary P3 Martin protocol which plays a key role in its management.

Digital all the way, the integration of the P3 protocol, commonly used to quickly manage LED canvas into which video will be injected, is associated with an unprecedented control of the Mac Aura PXL’s LEDs. As a matter of fact, not only can the 19 LED chips be managed independently, like as many pixels, but the 141 RGB LEDs that provide 60 watts of illumination for the Aura effect can all be controlled separately as well!
Located in groups of 6 behind each optic, the Aura effect’s LEDs provide a matrix enabling the creation of a frenzy of colors in each lighting fixture, alternately diffused or marked by playing with the focus thanks to the main zoom.

– The first DMX mode is the most basic, enabled for the most common usage without separate control of the pixels nor the aura effect. The few additional channels compared to the Mac Aura’s library do not allow you to use the libraries of the latter but remain the fundamental base. This mode is the foundation of the other modes, which are built on the top of this one, to easily clone the lighting fixtures in festival applications, whatever the starting mode is.
– The standard mode uses 32 channels, to access the Aura illumination and internal effect libraries, under the most optimal conditions, detailed enough for most of the cases. This effect engine is remarkably similar to the one used in other Martin fixtures.
– In extended mode, each of the 19 LEDs chip can be controlled independently, bringing the DMX invoice to 89 channels.
– Eventually, the ultimate mode named Ludicrous (sic), and close to video, uses all the matrix possibilities of the Mac Aura PXL with 512 channels!

All management combinations are possible between the beam and Aura effect’s part, including transitions between DMX and P3.

DMX management is obviously not recommended in the latter case, even if it is still possible. This is where the control systems come in, since it is possible to control each Mac Aura PXL either with DMX, P3 protocol, or with a mix of both.

The P3 system offers numerous advantages. In addition to the automatic recognition of the lighting fixtures and their self-addressing, the P3 system makes it possible to harmonize all sources and to perfectly synchronize light and video. Despite we cannot separate the channels assigned to P3 and DMX in 2 separate universes, the flexibility offered by a shared network is impressive, as is the real-time feedback and the on-the-fly transitions between the 2 modes. The free P3-System’s PC software enables you to create and test all possible configurations. 50 Aura PXLs can be daisy-chained with Art-Net, which is another advantage of using the Ethernet based system.

At the same time powerful ambient fixture, graphic beam generator, pixel matrix and eye-candy covering for the video production, the Aura PXL represents a skillful synthesis of all LED Wash light available.
Driven by a team of motivated developers and a manufacturer still heading to innovation, the Aura PXL is a big bet for Martin, both in the form and with this launch operated during this endless crisis. While it is still too early to plan an official “physical” release, marketing is scheduled for July, once the production and distribution chains are out of lockdown.