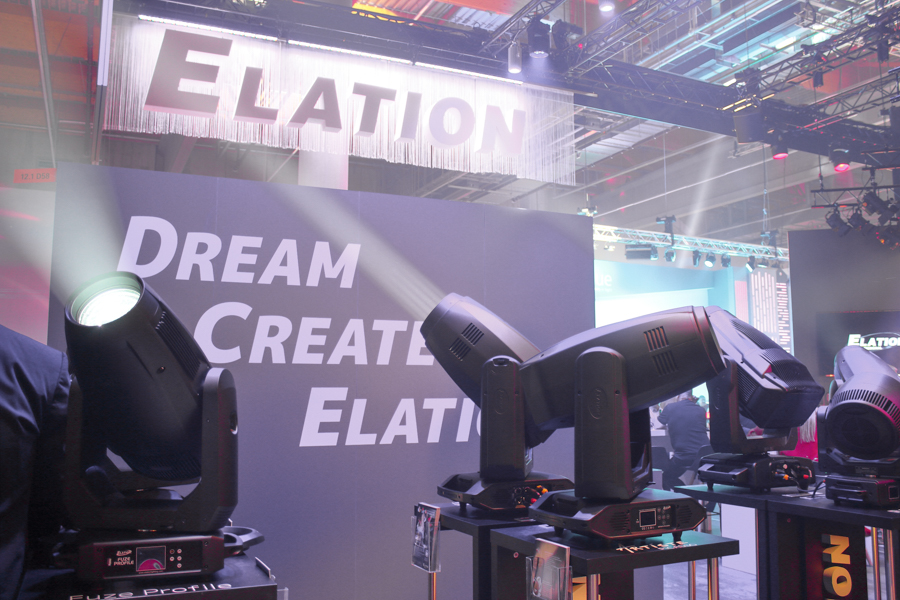 One, two, three, four, fiv… in total, seven new products were introduced on the US manufacturer’s stand at last Prolight+Sound exhibition, plus three new models (at least!) to be unveiled during next Plasa show in London, all this for 2019! For a start, let’s begin with the models already available with Frederik Afif, one of the Commercial Managers of this never stoppin’ brand.

Let’s start with the headliner named Proteus Maximus, a hybrid Wash/Beam projector, but also a Profile (with 4 motorized blades), with a waterproof protection index (IP) of 65. The LED source of this beautiful baby, close to 80 cm high (head pointing up) is close to a kilowatt (950 W to be exact), and promises up to 50,000 lumens at the output of its magnificent 180 mm diameter lens. 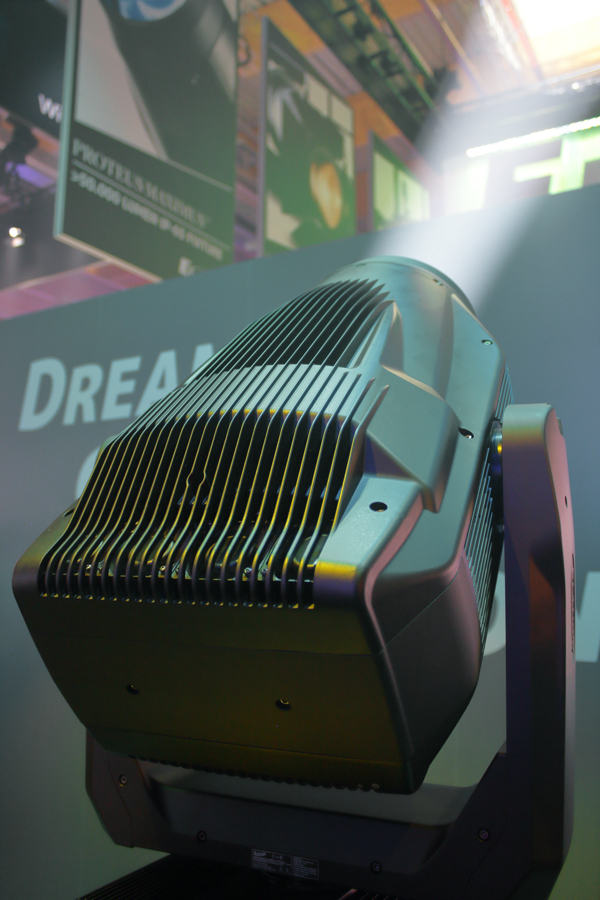 An imposing heat exchanger is fitted in the Proteus Maximus to dissipate the heat generated by the 950 W of the LED source. 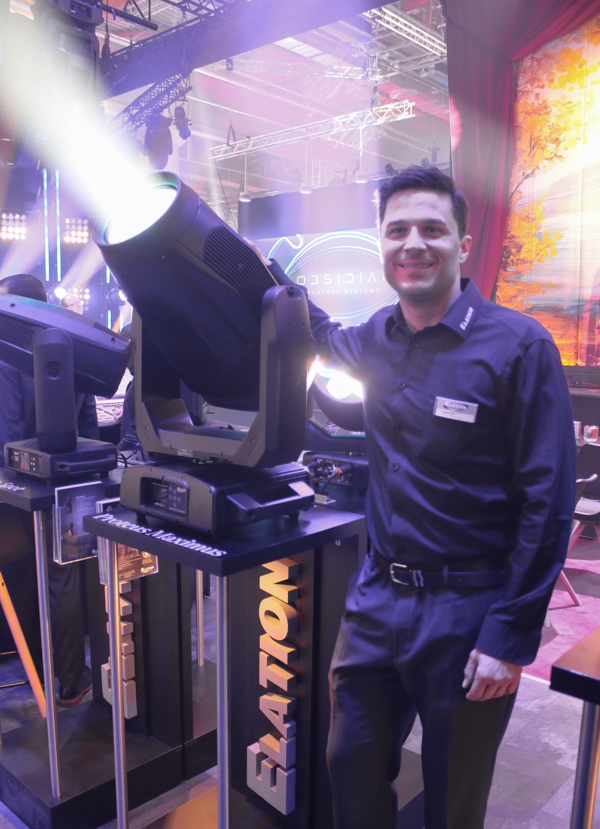 The optical system has been designed to generate a slight hotspot that increases the efficiency of the projector in Beam mode, says Frederik Afif. The zoom range is wide, 5.5 – 55°. With a linear CMY + CTO color mixing system, a 6-color wheel, a High CRI filter and a UV filter, an animation wheel, two glass gobos wheels, two prisms (circular and linear), iris, 2 progressive Frosts, it is particularly well equipped and necessarily a bit heavy, as IP65 rated: 52 kg!

Some steps away, let’s have a look at the newcomers: Da Vinci, Monet et Van Gogh from the « Artiste » series.

The Da Vinci, which corresponds to the smallest power of the series with its LED engine of 270 W, however announces a luminous output of 12,000 lm. This spot has all the functions expected on a Pro moving head: CMY + CTO, linear wheel of 7 colors including a CTB filter and a UV, two gobo wheels, one animation wheel, two prisms (circular and linear), Frost, iris and 6-48° zoom. 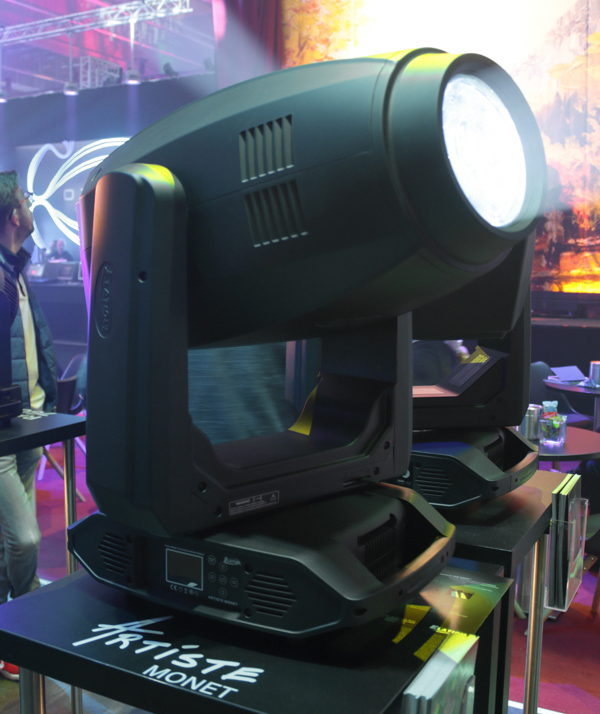 In addition to its CMY color mixing system, Monet comprises 3 RGB filters and a linear CTO.

The Monet uses the same 950 W LED source as the Proteus Maximus, and almost all its functions, but its Spot/Profile optical system delivers a light output slightly less than the announced 45,000 lumens. It is also more lightweight: 42 kg.

The Monet embeds two significant innovations. The first is all about the colors generation with the “SpectraColor Flag System”. Here are some explanations: the colors are generally obtained via a subtractive trichromatic system, using 3 primary colors, cyan, magenta and yellow (which we obviously find here too).
To have red, for example, we have to push the parameters of yellow and magenta to 100 %. This configuration requires the use of at least two filters that the light must pass through, causing additional loss of power.

The SpectraColor system has 3 additional filters (+ a CTO) dedicated to red, green and blue, all variable in saturation. Thus light passes through a filter to generate a color with a consequent gain in brightness. Another noticeable point is that framing system’s blades are mounted on a rotating cassette that can rotate continuously! 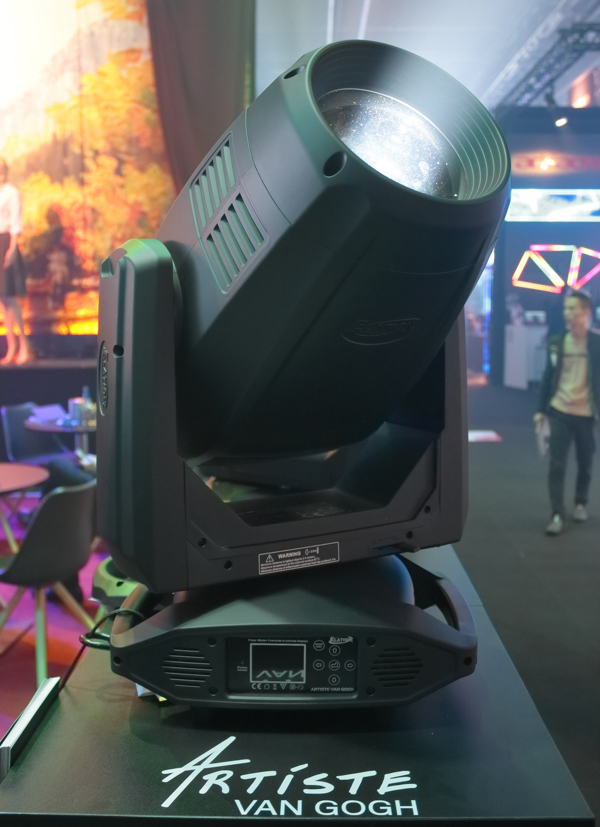 The Van Gogh is equipped here with a clear PC-type lens.

The second part of this hunt for novelties is devoted to the “Fuze” series, a very complete range of fixtures designed for smaller budgets.
The Fuze Profile CW is the most “simplistic” version of the range, giving up the CMY color mixing system in favor of two colored wheels. It uses a 380 W white LED source and has a module of motorized blades, for a weight of 23 kg. 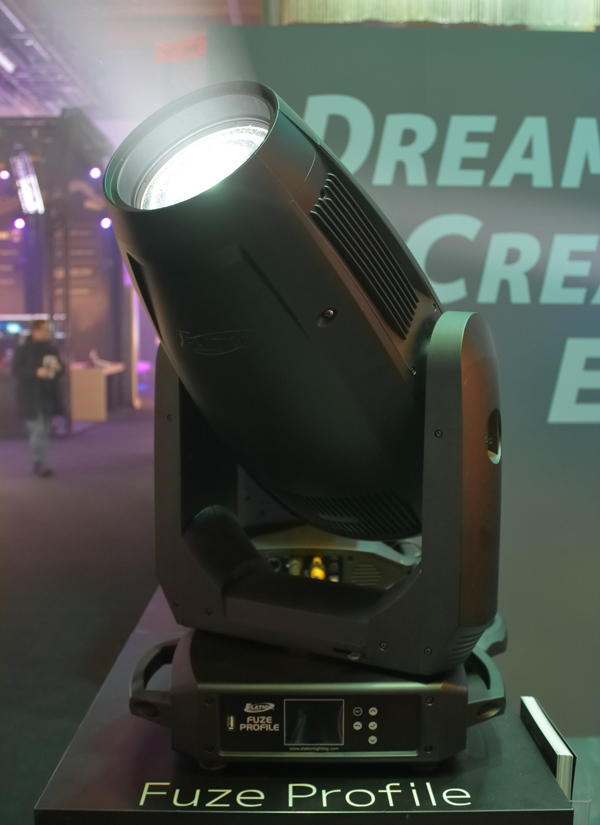 Coming from a series aimed to smaller budgets, the new Fuze Profile has a sober look that is no less professional.

Second variation in this range, the Fuze Profile is fitted with a RGB + Mint (light green) + Amber LED source.
Its parameters have a virtual corrector to raise the color rendering index up to 92. Also equipped with motorized blades, its luminous output reaches 9,000 lumens.

Finally, to end this review, the Fuze Spot retains the characteristics of the Profile very closely, by skipping the framing system, resulting in a loss of 4 kg on the scale (21 kg for this moving head).