This third day of the Prolight+Sound exhibition is slowly waking up as the stands walls still resonate with the merry fading notes of last night parties. No visible trace, however, of these nocturnal excesses in the halls 12.0 and 12.1 of the Frankfurt Messe dedicated to our industry.
The all-German efficiency and their keen sense of organisation and cleanliness will surely be missed if, as rumors swell, Barcelona could win the ISE / Prolight Grand Slam after 2020. If this should happen, we’ll not miss the german climate: as the day before, pours continuous rain over our stooped shoulders. No matter, the SoundLightUp teams will stop at nothing to ensure the freshness of their news. 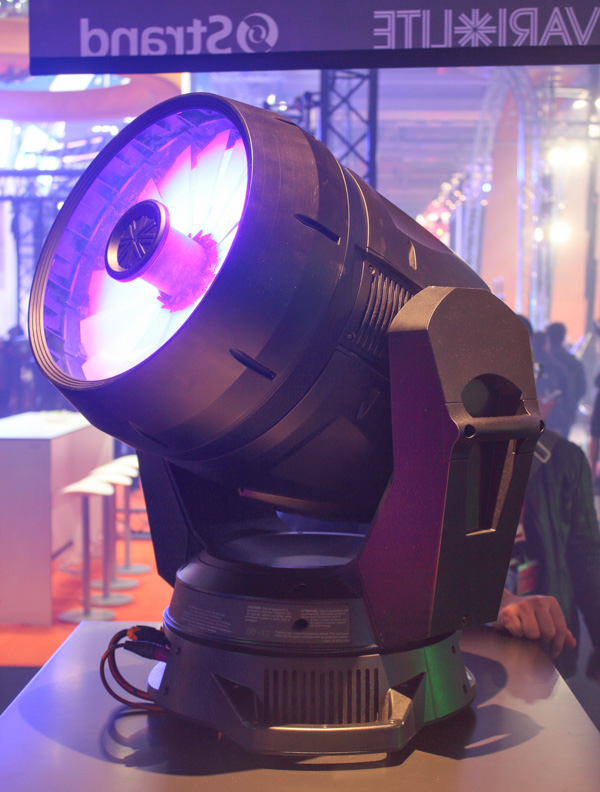 In force on the Vari-Lite stand, two journalists for a single projector: the VL6500. The spirit of the VL500, iconic moving head from the 2000s, has decided to re-emerge this year with this new device with a resolutely contemporary look reminiscent of the design and most of the features of the powerful VL6000 plus (among others) a frontal frost with fins reminiscent of the famous VL500.

Hasty passage in front of the PR Lighting aquariums where snorkel several waterproof projectors, “IP65” is a very fashionable word indeed this year, including the spotlight Aqua 480 WBS and its LED buddy Aqua LED 600 Spot.

Interesting discovery on the Swisson booth, where the 2019 motto is simplicity. The XES-2T6 is a premanaged gigabit Ethernet switch, with two linked ports for redundancy and six others the user can freely allocate among the ten available VLANs. Ideal for light multi-network configurations. 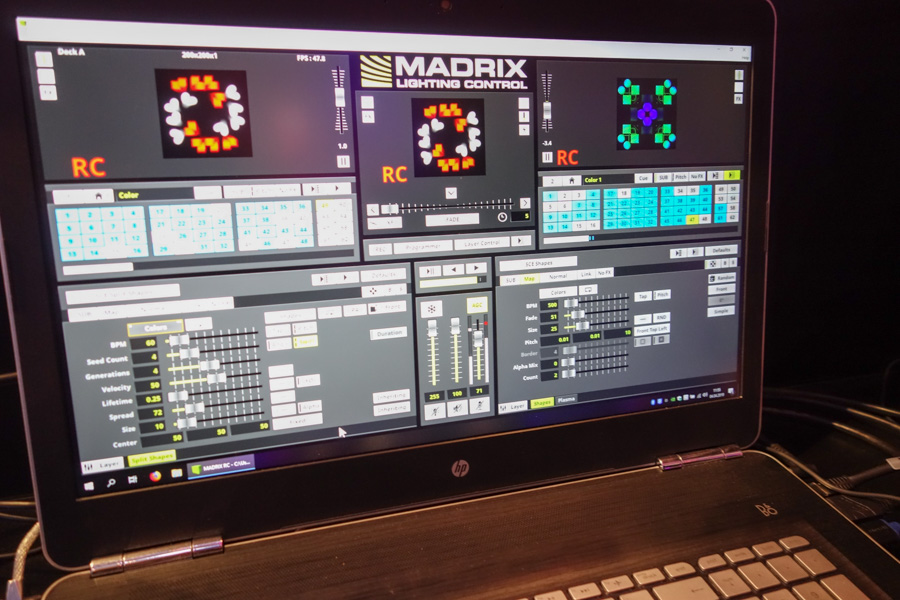 Madrix unveiled version 5.1 of their pixel-mapping software. In addition to the updates of their effects banks, we’ve been mainly attracted by the native integration of BlackMagic cards and NDI and Spout video streaming protocols inside.

The Follow-Me tracking system moves to a higher dimension with the transition to full automation. 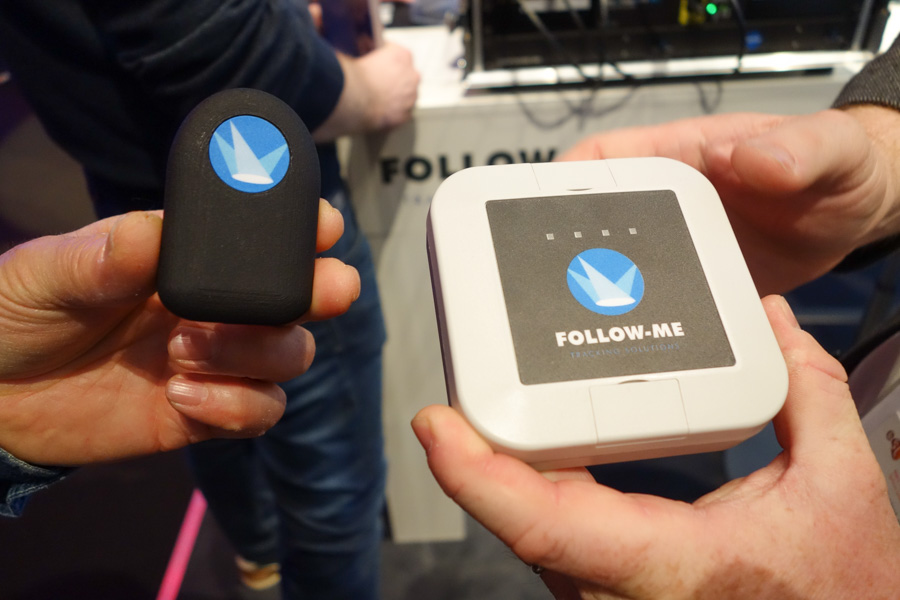 Thanks to their sensors and anchors, no less than fifty artists can be followed in real time by slave moving fixtures, with automatic offset of the azimuth, the zoom and the dimming following all the stage possible drops and level steps. Impressive!

The German emperors of the carefully-controlled pixel Schnick Schnack Systems were preparing to give a award a prestigious world award to their distributor LedBox, for its installation in the Roissy CDG terminal of a classy 3D sculpture of which each pixel is controlled independently. 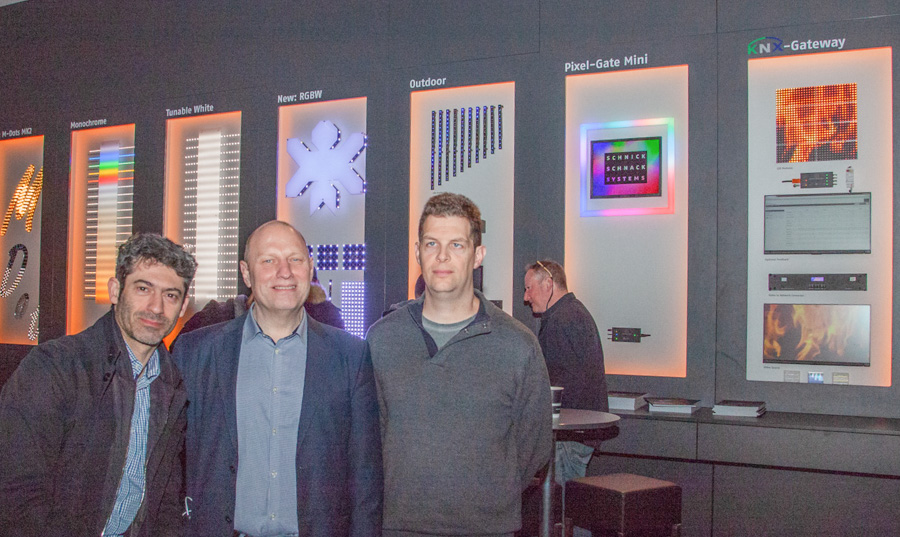 The LedBox team waiting for the Lighting Design Award on the Schnick Schnack Systems booth.

On the Highlite huge stand, the Infinity range of Profile projectors, developed in collaboration with Robert Juliat, continues to take on the lion’s share. The same fine dimming electronics and the same 7-LED engine are incorporated in two new cycloramas, including a 300 W with a clever adjustable and retractable anti-glare shutter.

A little nod to the frenchies of DMG Lumière, now fully incorporated in the Rosco inventory with the latest-born, Maxi Mix, a large LED source with infinite hues developed specifically for the cinema market, with its full range of accessories for diffusion and hanging purpose.

DeSisti remains well in the race with its dedicated range for TV sets, with new versions of the Fresnel Led F10, the SoftLed 2XL for ambient lighting, and a new architectural LED Ludi range. 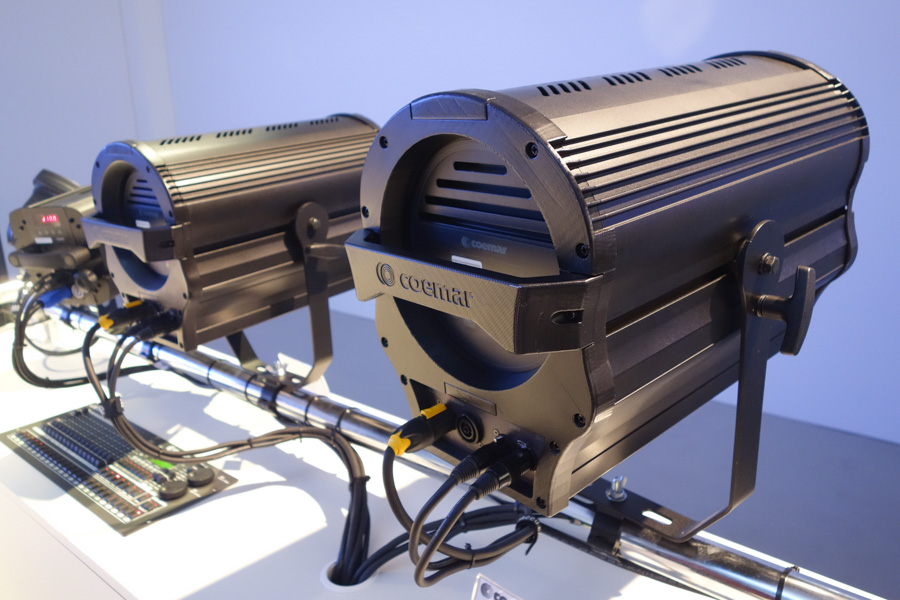 On the nearby stand, Coemar showed all the subtleties of Ledko Fullspectrum HD Profile, whose new menu declines a brand new software.
Still in development, the expected evolution in motorized Fresnel will be called Othello and will also be available in many versions. 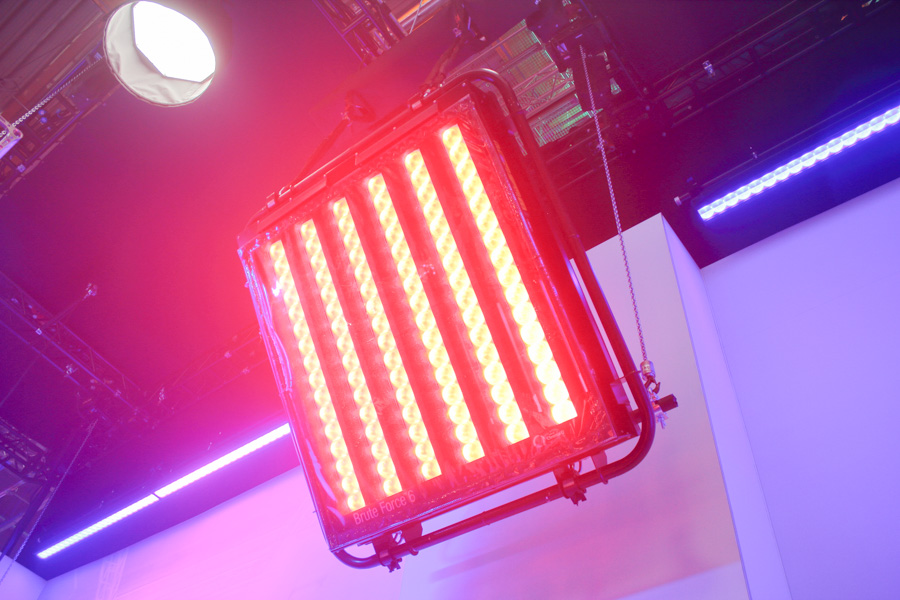 The minutes flow quickly and our presence on the show reaches to its end, when suddenly we are caught in a colossal mass of light that leads us to the Chroma-Q booth. Here is “Brute Force”, a huge LED projector with 6 Studio Force II, dedicated mainly to the film industry. You can trust us, his name was not chosen randomly…

Last but not least, the Italian “Knight of Lights” Claypaky, whose demo show includes his latest projectors and heavy-weight models preview. Part of it is the Wash version of the Axcor 600, equipped this time with a framing module, as well as the sparkling new HY B-Eye, whose 40 W LEDs make the K25 and K15 the most luminous LED Wash fixtures of their category . Success seems also guaranteed for the small Mini-B, a concentrate of B-Eye in a pocket size, ultra-fast and punchy.

The grand finale gives way to the star of the show, the Xtylos, an amazing Beam equipped for the first time worldwide with an exclusive laser source. 300 W of power consumption and a beam probably never seen before, at the same time of high density, with very saturated colors and able to shrink its beam below 0.5 °! 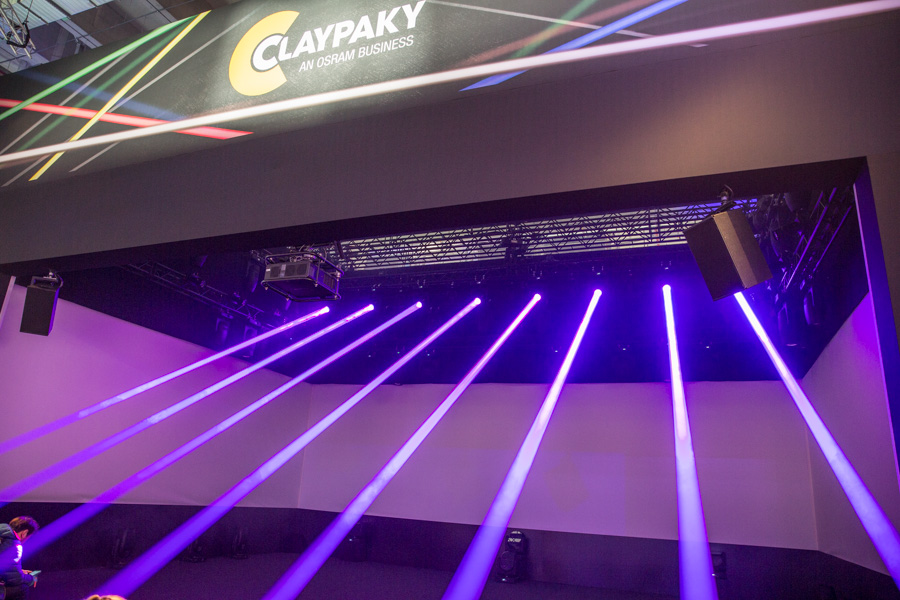