Under the banner of the Philips Lighting behemoth, which has become the ‘Signify’ group for all lighting brands, Vari-Lite continues to rebuild its legend. After two acclaimed flagships, the VL10 and the VL6000 (122 of the latter light up the incredible Rammstein tour), Vari-Lite now launches the VL800 series for much smaller budgets. 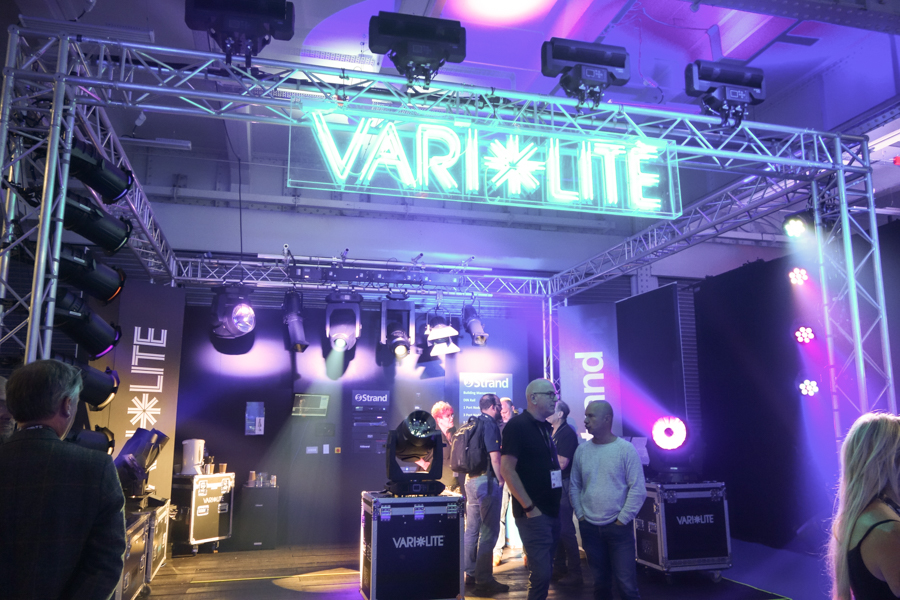 Three new projectors were unveiled at Plasa 2019. Based on event-driven solutions with recognized LED sources, the VL800 is aimed at a wider audience. In contrast to their illustrious elders, they claim a simpler operation with a standard appearance.
The VL800 ProPAR is a RGBW LED PAR, the VL800 EventWash a small compact LED moving head, and the VL800 EventPAR an interesting “retro style” LED PAR coming in RGBW or warm white. Built to work together, these three fixtures share their color mixing, presets gel references and their DMX chart for better ease of use. 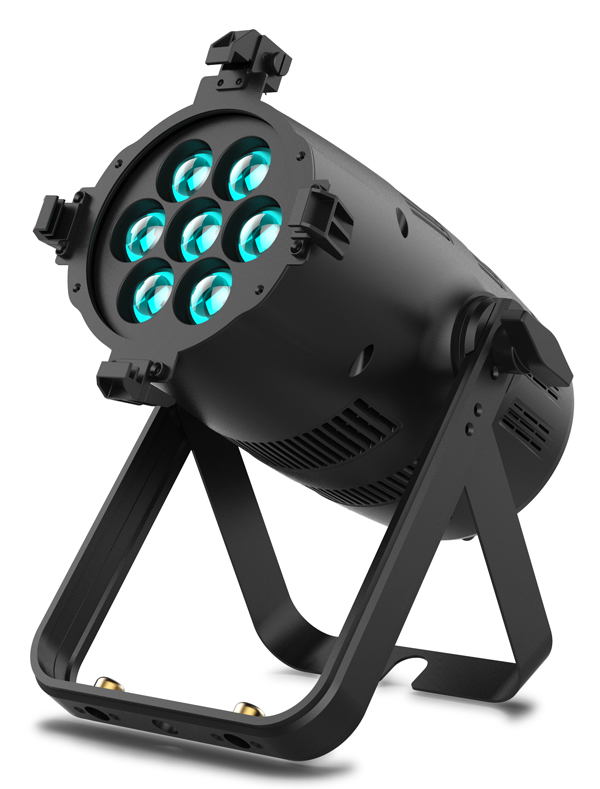 With its 6° to 40° motorized zoom and seven 30 Watt Osram RGBW LEDs, the LED PAR “made in Vari-Lite” is not so much about originality as it is about maximum efficiency.
The light quality exceeds a CRI of 90, with 3,500 lumens output and a native white at 7,300K.
This light rendering is reinforced by the many colorimetric control channels, such as a multi-step CTO of 2,700K to 10,000K and 44 color presets. To help its use in a studious environment, the ventilation has a choice of 3 different modes: Standard, Studio and Whisper, the latter is the quietest.

The DMX512 connection is in simple 5-pin XLR, with two DMX modes in 8-bit and 16-bit, on 10 or 15 channels. The dimmer curves can be modified in the menu to get closer to a traditional lamp source. It is reasonable to think that time will bring an update to control each LED individually, as the practice of pixel matrixing is nowadays quite fashionable.
The ProPAR, rated IP20, weighs 6 kg, with a 260 W consumption, and has a flicker frequency setting to accommodate different camera speeds. As standard, the ProPAR has a double yoke with Omega base and a filter holder which can accommodate optional barndoors. 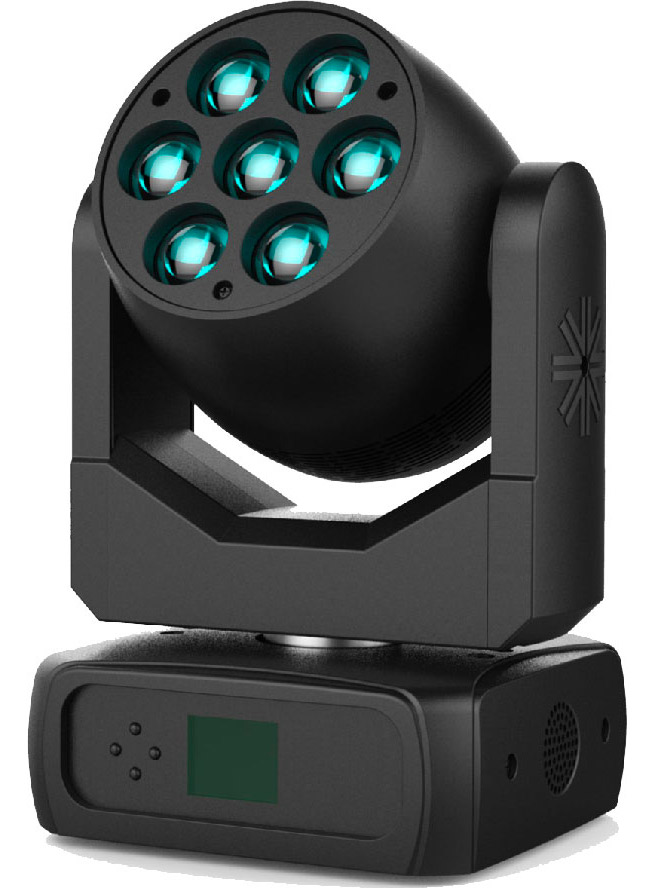 The EventWash is an Wash LED moving head made from the ProPAR body comprising 7 RGBW 30 Watts Osram LEDs with 6 ° to 40 ° zoom, to which Vari-Lite added a compact motorized yoke in Pan and Tilt, as well as individual control for each LED.

Like ProPAR, the EventWash delivers 3,500 lumens of luminous flux at 7,300K and an CRI of over 90.
All the controls, ventilation options, color mixing specs and connections are strictly the same, with the exception of the DMX chart which comes in 4 modes, 8 or 16 bits, 1 or 7 lighting sectors, from 17 to 79 channels.
With its small size, weight of 6 kg and vivid and precise movements, the VL800 EventWash is a perfect close range Wash moving head. 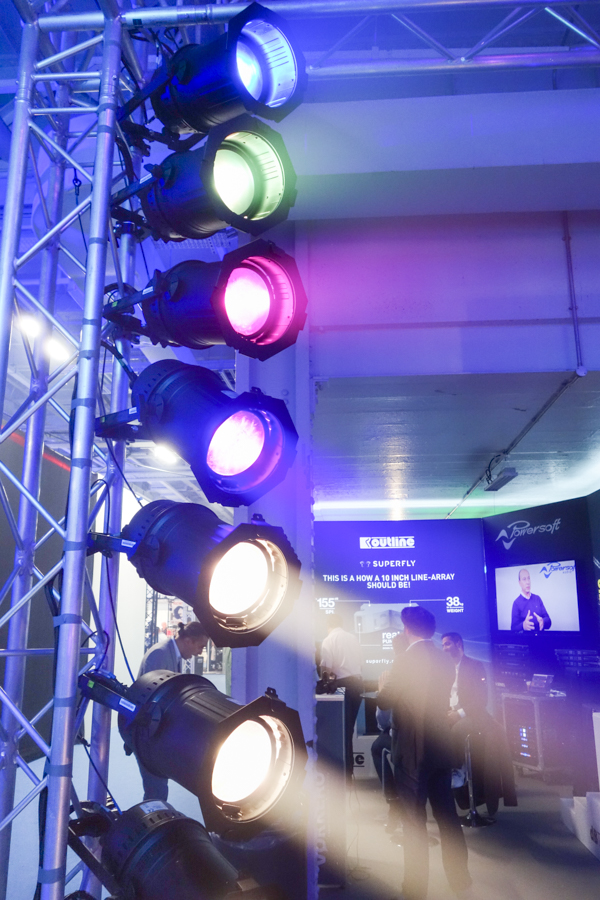 Rather original, the EventPAR takes the look and feel of the famous PAR64, rounded base, double yoke and gel holder included, replacing its original lamp by a color or warm white LED module.

Equipped with a manual zoom of 10° to 30° unusually positioned in the front part, the EventPAR is available in RGBA or Warm White version. If the first model delivers 3,200 lumens with its 300 W of LEDs, the second type neatly emulates the golden beam of the PAR filament with a flux between 8,300 and 10,250 lumens at 3000K and a CRI greater than 97.

The color model has almost the same characteristics as the ProPAR, with DMX management from 5 to 15 channels, a color temperature range from 2,700K to 10,000K and 44 color presets. The warm white model is more easily controlled from 1 to 5 DMX channels.
Both EventPAR are waterproof, IP24, splashproof, have different ventilation modes and weigh 6.5 kg for a size very similar to that of a standard PAR64.