Austria’s Lederhosen and accordion star Andreas Gabalier sold out all eight stadiums on his summer tour of Germany, celebrating 10 years of his Volks-Rock’n’Roll music. While his audience energy was high, actual energy consumption was lower, due to the High End Systems LED fixtures.

Lighting design team Michael Mayler and Andreas Fink collaborated to create a design that fit the requirements for a huge stadium tour, but simplified for the tight time schedule for building and setup. Part of the plan was to reduce their power needs without sacrificing powerful production looks. 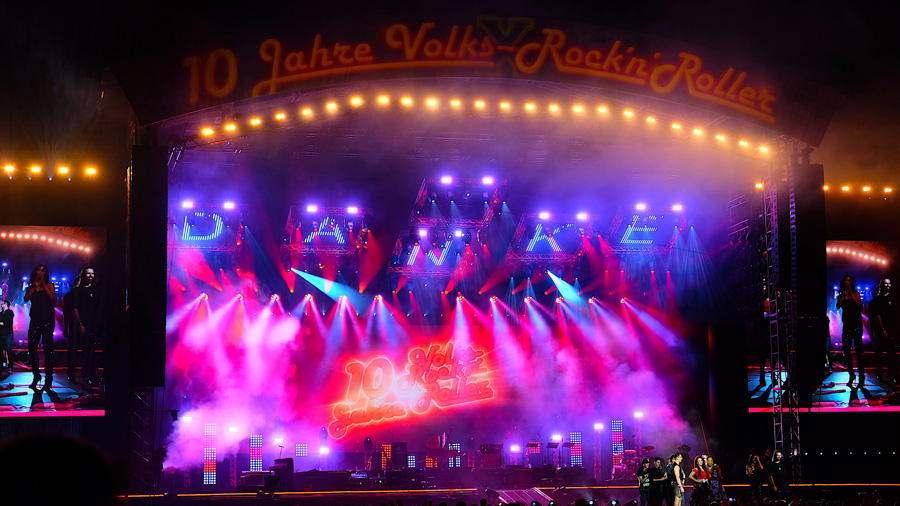 The two turned to High End Systems’ product line and chose 38 SolaHyBeam 2000s, 36 SolaFrame 1500s and 32 Shapeshifters to fit their lighting needs.
“When the LED fixtures are off, they are off, not like with discharge lamps which are still drawing power,” LD Michael Mayler notes.

Two Axon HD Pro media servers equipped the large LED video wall behind Gabalier with visual content. A network of Hog 4 consoles controlled it all. Production vendor Media Resource Group supplied all the gear, while PreWorks supplied the HES product support.
A standard round stage – which Fink claims was “the biggest in Europe” – was the core of the design. Six large lighting Pods created from truss frames each housed SolaHyBeam and SolaFrames, moving to different levels and angles during the show. The SolaHyBeam was specified for its “high output, very defined beam without a lot of stray light, and its true colors – especially greens and reds,” he says. Fourteen SolaHyBeams were placed on the back truss for their “bold rays of light,” and the other 24 were grouped with SolaFrame 1500 on the Pods.
The SolaFrame 1500 was the “perfect match” for the SolaHyBeam, Mayler says, and an additional 12 SolaFrames served as the main key lighting for the band from the side. Shapeshifters served as special effects fixtures in the two back trusses to provide punch. 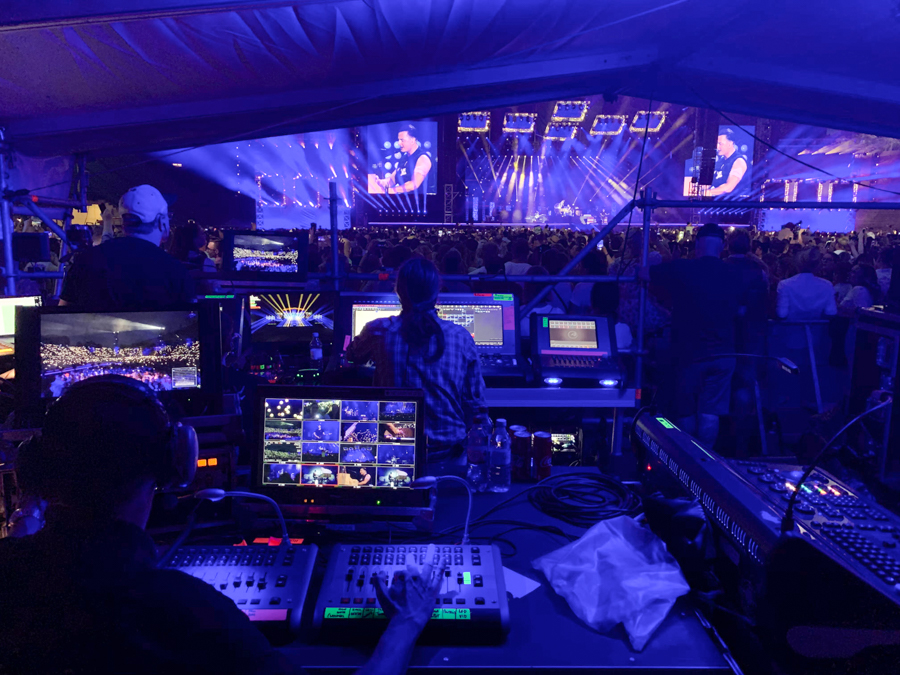 With 660 lights to control, Mayler and Fink both operated a network of four Hog consoles. Hog 4 #1 controlled the main Axon media server for video content and all onstage lighting, including pixel mapping for the lighting rig using 48 universes.
Hog 4 #2 controlled all audience lighting. As 300 universes were needed for further pixel mapping, this Hog triggered the Madrix system for control.

The Full Boar was the backup for Hog 4 #1. A Road Hog was used onstage during daytime as setup & tech console. Seven DMX Processor 8000 units, two Hog Fader Wings and two Hog Mini Wings added speed and options to the team.
“The Hog consoles worked great!” Mayler and Fink conclude. “We are Hog users for a long time and our workflow is optimized to that console. The Hog is easy to handle, and offers great flexibility allowing us to change, update or interact during the show.”