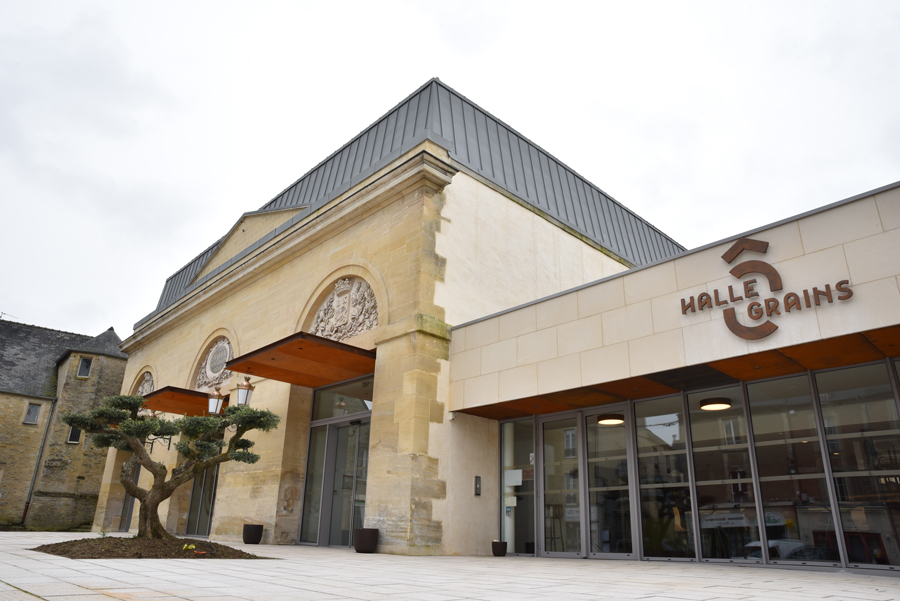 Over the course of a three-year hiatus, the La Halle ô Grains theatre in Bayeux, Normandy, has been completely redesigned to meet the latest expectations in terms of reception, accessibility, aesthetics, visibility, and comfort; reopening to the public at the end of 2019.

This update was undertaken in order to offer the best possible experience to spectators, and a more versatile technical palette for incoming artists and crews. The new hall now boasts a complete APG loudspeaker system installed by the ISA Group, an integrating partner of the APG network, enabling the theatre’s management to count on high-precision, high-quality acoustics. 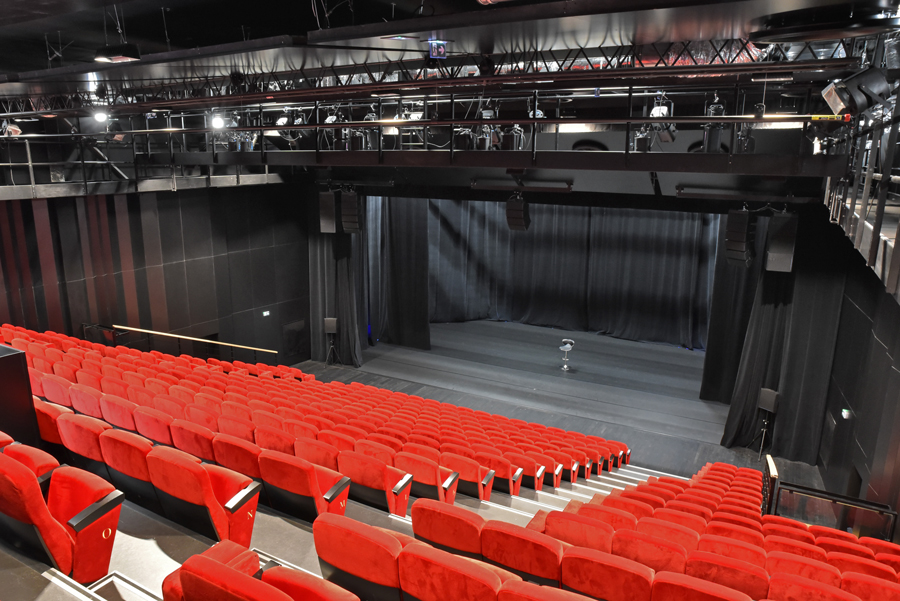 “The specifications were drawn up around the programming and shows, 80% of which are theatrical,” said Romain Motte, general manager of La Halle ô Grains for the past five years.

“We were looking for precise audio quality, particularly at the high frequencies for a totally faithful reproduction of the voices. We also wanted to differentiate La Halle ô Grains from other theatres in the region and opted for a sound system that we felt was superior.”

The theatre’s tender was won by the ISA Group, which was able to put forward a bid with a high-performance and financially competitive sound system. The theatre was no stranger to the APG brand, thanks to local event provider Music Light, a member of the APG network. Motte and the theatre’s management were able to testify to the performance of APG loudspeakers during summer events organised in partnership with Music Light. The complete APG system with the main bass and tops lines and the central hang made of ultrawide UC206W.

For Motte, the choice was based on the quality and performance of APG products, but also on the relationships he was able to establish with APG representatives in a relatively short period of time. “We had already worked with Music Light on outdoor events that we organize in the summer and we were very impressed by the quality of listening and the availability of the APG teams,” he said.
“When we received ISA’s response to the call for tenders, we also made enquiries with another renowned French theatre, Le Grand T, which had just equipped itself with APG and was delighted with its choice.” 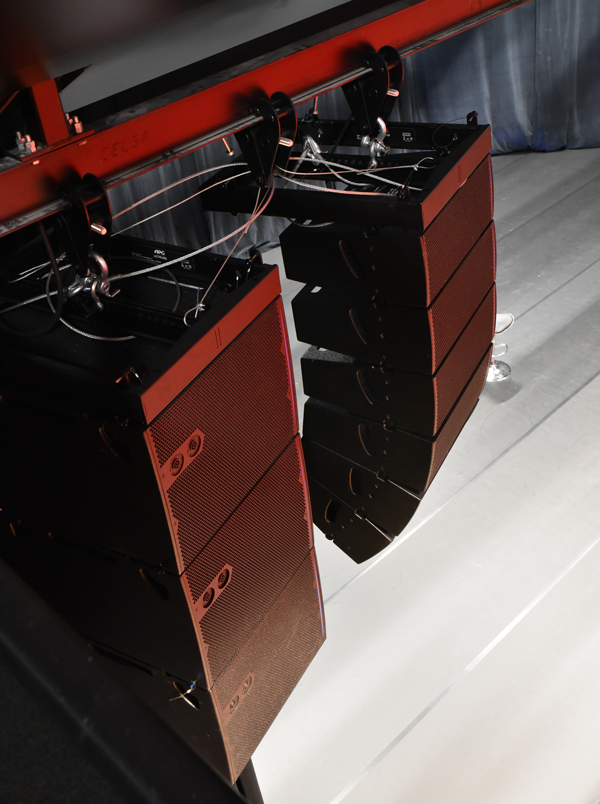 After evaluating the best possible configuration to host the eclectic performances planned by the theatre, the choice fell on an L-C-R configuration based on APG’s Uniline Compact system, consisting of a group of six UC206N and three UC115B bass on each side, as well as four UC206W in the centre of the stage coupled to a pair of DX12s.

“The venue required an atypical sound design,” explained Motte. “In addition to the predominantly voice-based programming, the sound system also needed to be discreet in size and aesthetics, so that the audience would be focussed on the actors and performers, not on large clusters of loudspeakers hanging above the stage.” 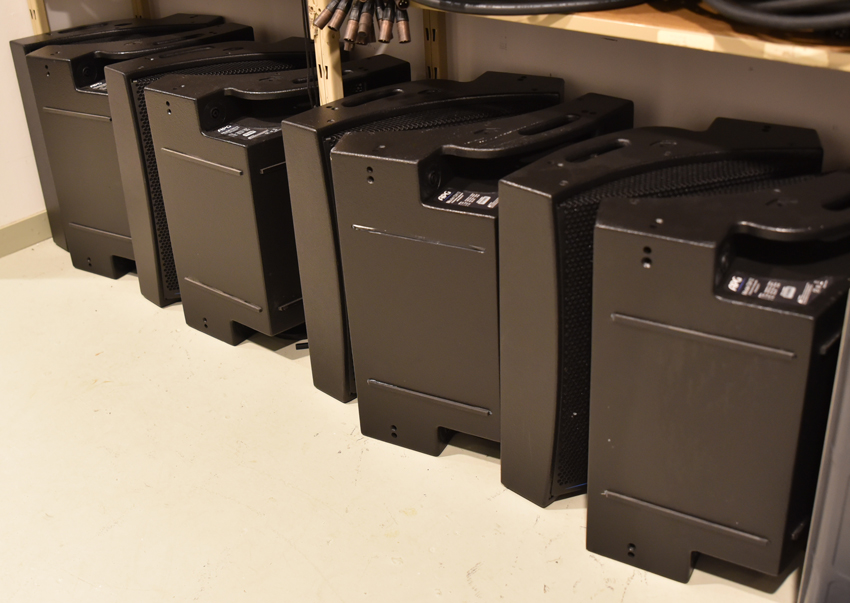 He continued: “In terms of sound quality, the Uniline Compact offers excellent homogeneity and precision in voice timbre. A large proportion of the audience is of a certain age, so the sound has to be very clear. The use of a French manufacturer was also essential for us, to ensure a good after-sales follow-up.”

The training was done jointly between the integrator and the APG teams. “The team is delighted with the performance of the APG system,” he noted. “Thomas Fouillaud, the theatre sound engineer, quickly became familiar with the system, received extensive training to complement his own experience, and has since recorded a wide variety of different room configurations. This essential aspect creates a collegial relationship, which continues today.” 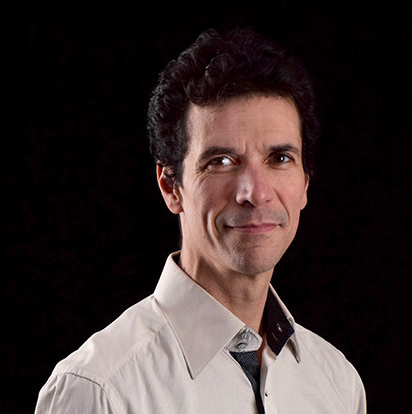 Alexis Reymond, technical sales engineer for France’s Eastern region at APG, commented: “This key installation is a perfect illustration of the quality and synergies created by APG’s network of around 40 integrators and service providers in France.
On this project, we have an end user who has become familiar with our brand through a local event provider, before being accompanied by a regional integrator; also a partner of the APG network. This ability to listen and provide service is the strength of our network, and directly benefits the users who trust us.”

La Halle ô Grains was re-opened on December 2019, but was forced to put its activity on hold due to the Covid-19 pandemic. Nevertheless, the initial reactions to the APG system have been excellent. “The artists who have performed recently have been pleasantly surprised,” Motte said.
“In particular, we welcomed singer L (Raphaëlle Lannadère) accompanied by BabX on the piano for Un jardin de silence, directed by Thomas Jolly, as well as the immense Christophe, who unfortunately has just passed away. As great professionals, their expectations in terms of sound were high, and their feedback was very positive.” 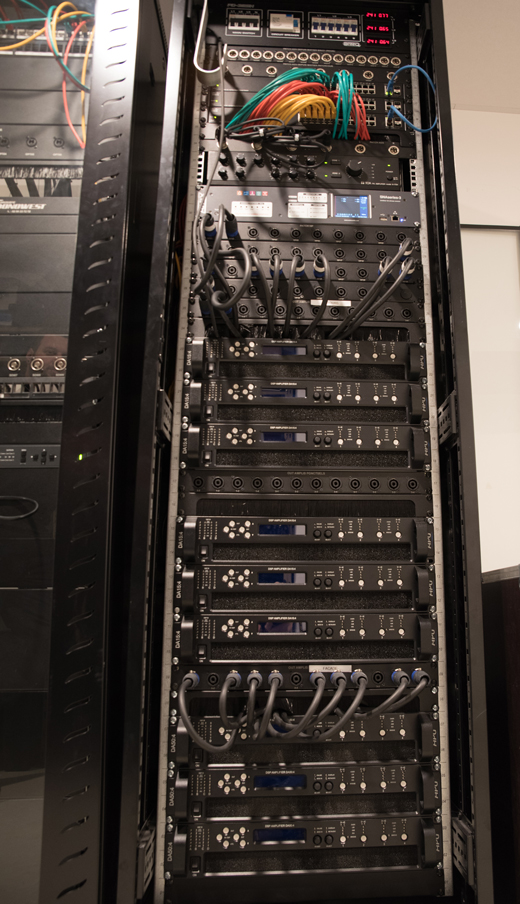 Audio control with, in the rack, nine DA50:4 and DA15:4 amplified controllers.

He added: “APG has a reputation for offering an ‘open’ system, which gives sound engineers a certain amount of freedom. In particular, Christophe’s host engineer was able to configure the sound in his own way, and mix the show exactly as he wanted. It’s a welcome change in a landscape populated by brands that don’t necessarily trust users as much.”

Motte was also keen to point out that the venue’s remit is not limited to live performances, explaining that La Halle ô Grains has aspirations of becoming a place for experimenting with spatialised sound as well. “Having a system like the Uniline Compact provides a very precise sound,” he said.

“It’s a definite advantage in performances, but it will also help us achieve our goal of becoming a training space for sound and light, and more specifically for spatialised sound. APG’s sound quality reputation was another big factor in our choice.”