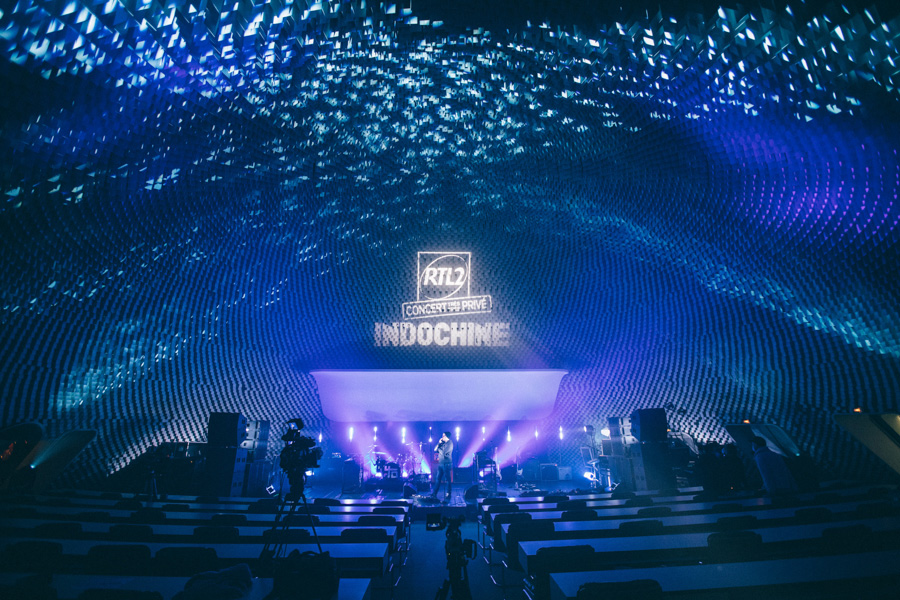 GLP’s JDC Line was out in force when massive French band Indochine began celebrating its 40th year by playing an exclusive broadcast show at L’Espace Niemeyer in Paris recently. This historic event was an isolated, audience-free gig for the French radio channel RTL2, which was broadcast on air and online—and is also now available on YouTube. 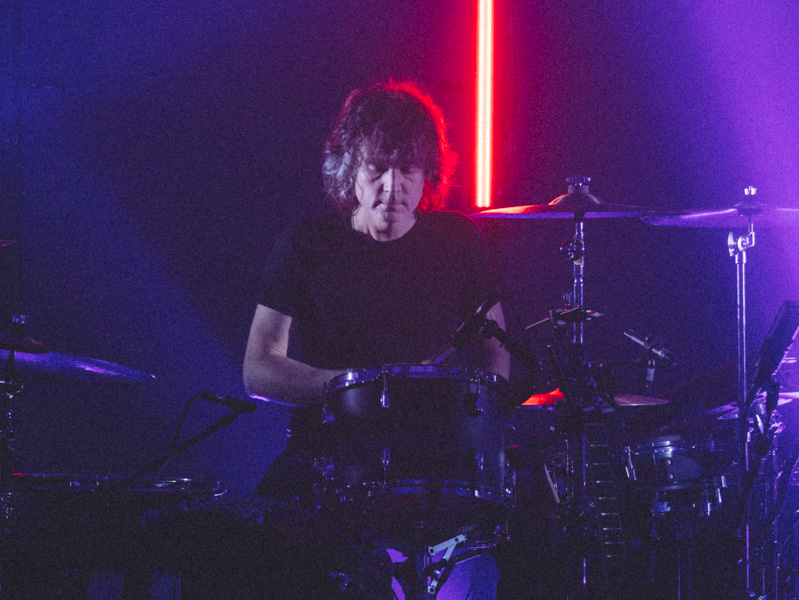 “This was a very special place,” said lighting designer Jean-Christophe Aubrée.
“The building was designed by Oscar Niemeyer, and the band was playing in the main area which is a big underground white dome, with a ceiling made from thousands of metallic fins hung all over the ceiling.
Performing in a space that normally function as a 300 person conference room created such a beautiful and unique raw atmosphere.”

The artistic direction is driven by the band’s front man Nicola Sirkis. “His brief was to animate the domed ceiling as a galaxy, bringing even greater dimension to this awesome place,” continued Aubrée. “Nicola was looking for a very neat and straightforward setup, avoiding the risk of transforming the venue’s atmosphere into something more technical.” 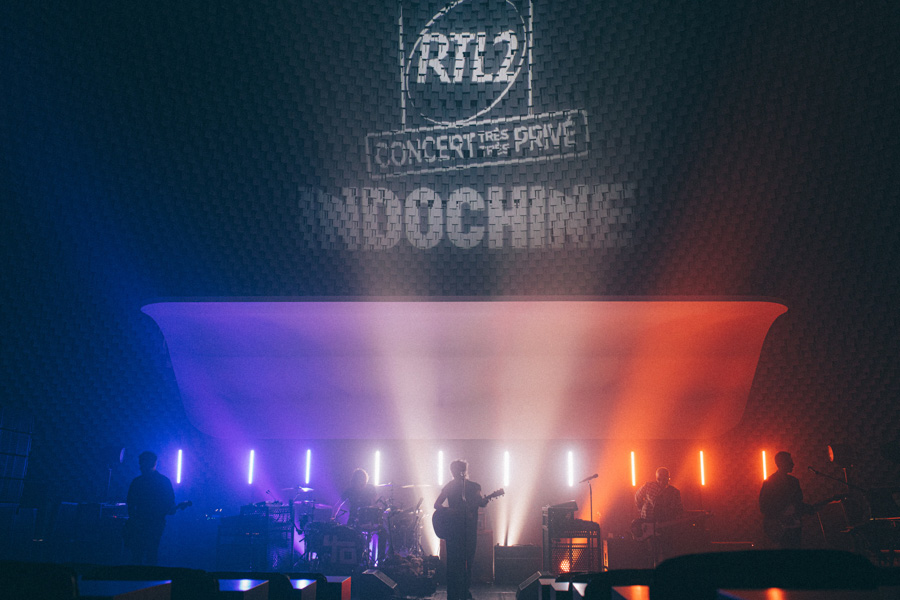 The LD specified 10 of GLP’s new JDC Line among a small array of fixtures, all of which were floor mounted. The fixture itself is another of GLP’s popular hybrids, combining a powerful strobe line with an LED pixel mapping stick, mixed by a special 500mm lens tube. 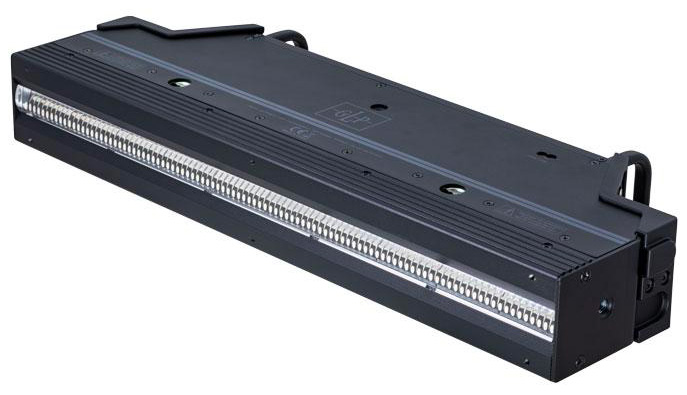 “I was originally introduced to the JDC Line by GLP’s French representative in November 2020 during a demo of upcoming products. I don’t generally run after new products as often they are a combination of different kinds of fixtures that work better individually than being combined in a single piece.

However, the JDC Line got my attention straight away as it seems to be a really simple, efficient fixture far and away better than most of the light bars available on the market. It can be a strobe, a blinder, a neon light, a side or foot light with sufficient brightness to play alongside the rest of the kit.” 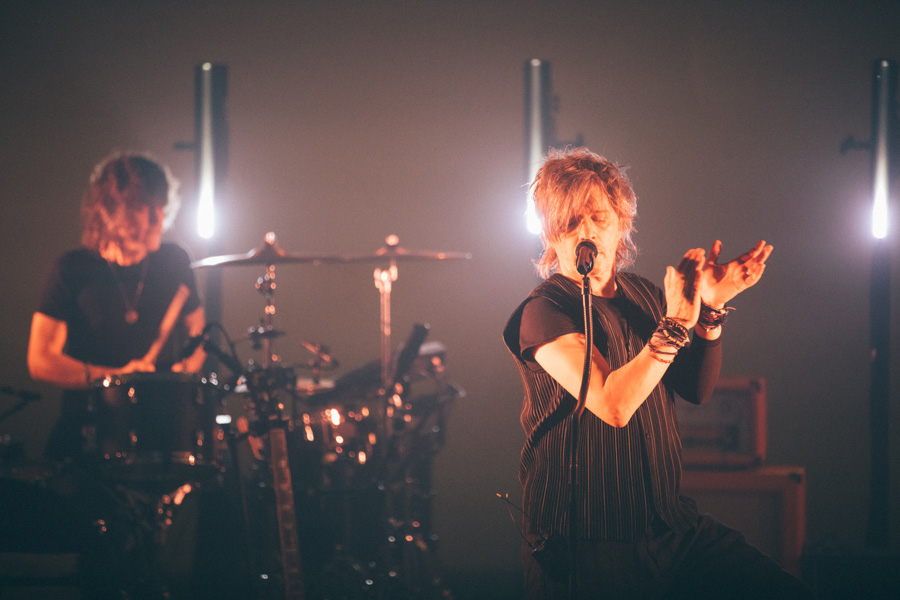 The fixture could be seen as a source / lens behind the band members, and was sufficiently discreet to respect the venue’s unique architecture. All 10 were pole-mounted upstage, and were rock solid.

“The frost lens provided with the fixture produced a really insane convex lens shape perfect for bringing depth into the camera pictures and a million miles from any terrible electronic LED lens look! They were also extremely powerful, adding enormous visual energy to the show in a small and discreet format.”

Aubrée ran them in standard pixel mode (Mode 5) from an MA Lighting grandMA2, allowing animation of both white and colour strobe as separate cells.
“With this 500 version the white strobe can be divided into 20 linear cells while the colour strobe is divided into 2 x 10 linear cells, giving two lines of 10 pixels on each sides of the white strobe. This is a basic, but such an efficient way of programming, especially for previz, as most of the pre-animated patterns are not shown in 3D. 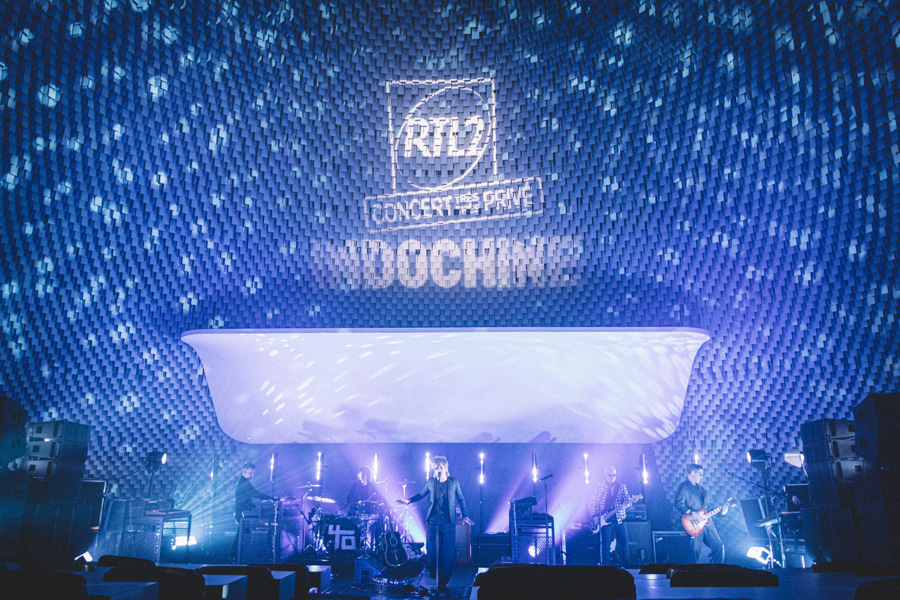 “The JDC Line gave a really fluent response and was perfectly in sync at any time. As for the setup menu, this is straightforward and any operator will find themselves comfortable adjusting the desired parameters.”

In fact the entire process could not have been smoother as the JDC Line performed flawlessly. “It met all my expectations and was unquestionably the most suitable fixture for this kind of show, where efficiency and flexibility were the key words. And the frosted lens really went way beyond my expectations the first time I have ever enjoyed such a beautiful lens at low intensity within an LED fixture.”

Finally, Aubrée credits stage manager, Quentin Crouin and his team from Prodjekt, the main equipment provider, based in the North of France, as well as David Nulli and the MPM Audio Light team for set-up support, and Martina Buchwald at GLP. Show production was handled by the radio station itself.

For more information about GLP and their product line, you can visit the GLP website