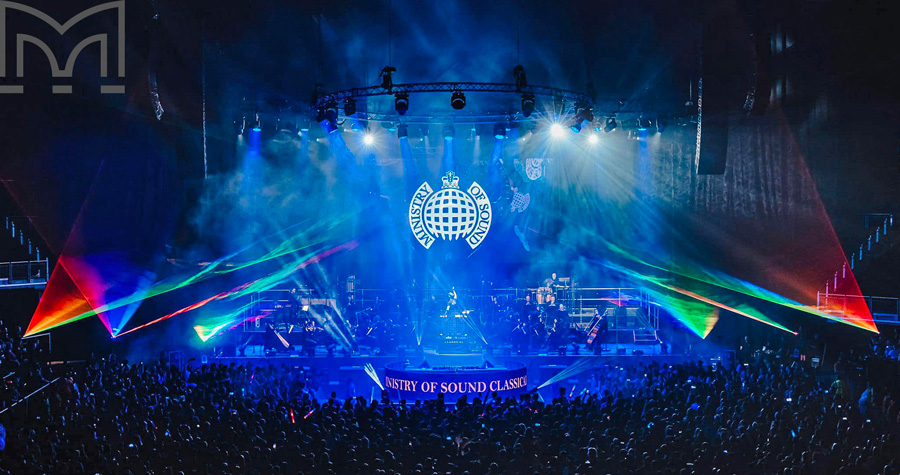 Working for promoters Coalition Presents, who produced the event with Raymond Gubbay, RG Jones—who already had a relationship with MoS, having provided equipment for some of their events—fielded 18 MLA a side. This was a similar configuration to that fielded for War of the Worlds at the same venue.
Hangs of 12 MLA Compact provided outfills on each side, and 16 MLX subwoofers were set in a broadside cardioid array with a 2m central gap for a stage thrust, surrounded by a circular screen, on which the DJs performed. Eight DD12s were deployed as front fills along with some MLA Mini enclosures. 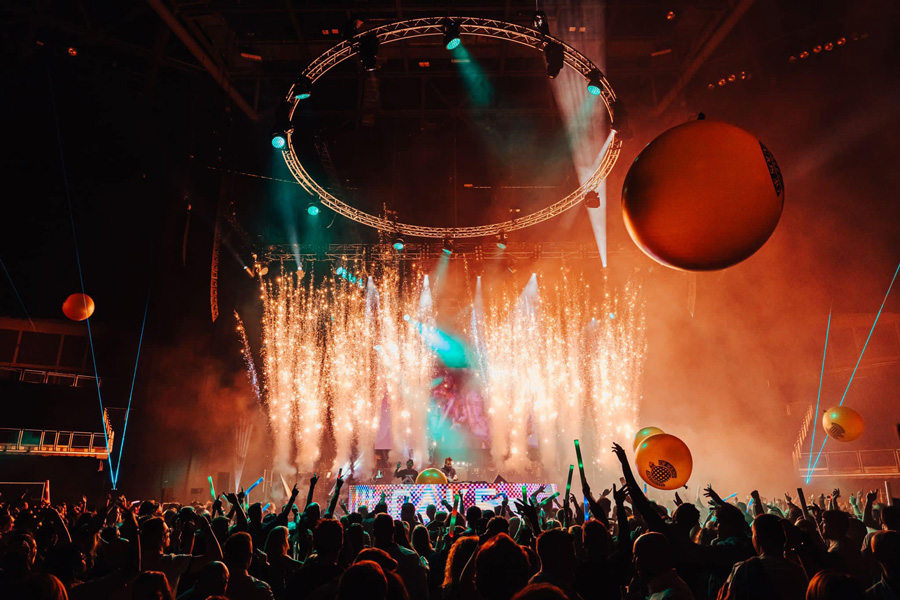 The components were chosen by RG Jones’ Jack Bowcher and his colleague Sam Millen handled the prep, assembled the racks, built the network (on a Dante and AES backbone) and was onsite technician alongside Doug Hunt.

Millen stated, “We worked together to achieve a great sounding PA, using the Merlins [Martin Audio’s digital loudspeaker management system] to provide more outputs in order to have greater control of the system. 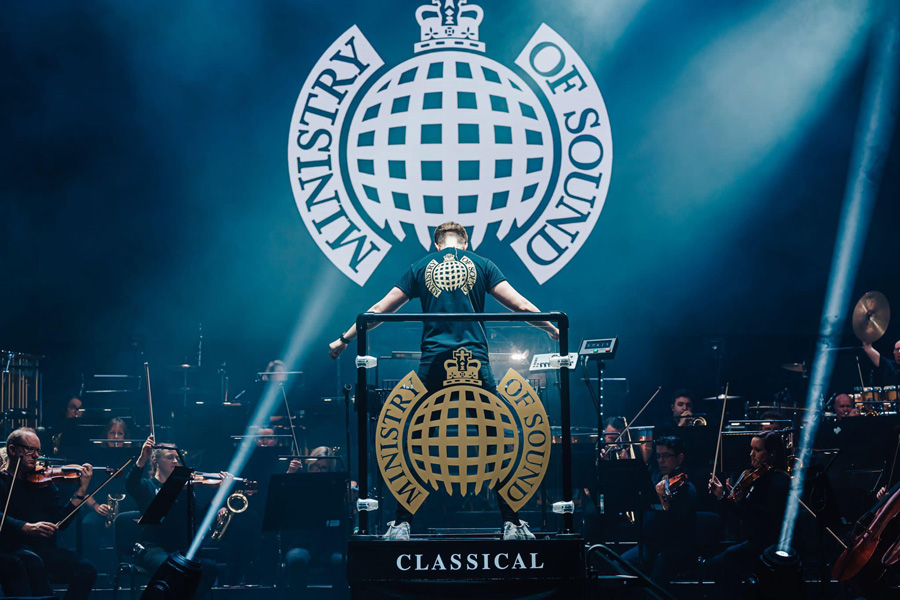 I then time-aligned the PA and then Doug and I tuned the system together.” Hard Avoid was used to avoid slapback from the back of the arena.
This provided a perfect environment for Phil Wright to mix the sound on a 96-channel DiGiCo SD12. “And we used every channel,” he exclaimed.

It was the sound engineer’s first time working at the O2, in front of 18,000 people. Of the challenges he said, “Although it was a loud show, with four DJs, we had to ensure the orchestra was the headliner. Local promoters feared we may had peaked too early, as Paul Oakenfold was on relatively early. But the production went up a level when the orchestra came on.”

Of MLA he confirmed ”We managed to avoid a lot of slapback [using the Hard Avoid feature in the DISPLAY software] and the direct-to-reverberation ratio was mind boggling.”
The entire orchestra were on in-ear monitors, and most of the instruments were miked with DPA CORE 4099. “The combination between this and the PA was fantastic,” he said.

“Despite the proximity to the PA we achieved a super amount of rejection at the back of MLA which meant I could mix it at 105dB comfortably without feedback. The crowd were screaming at 102dB and so I had to put the show on top of that.” 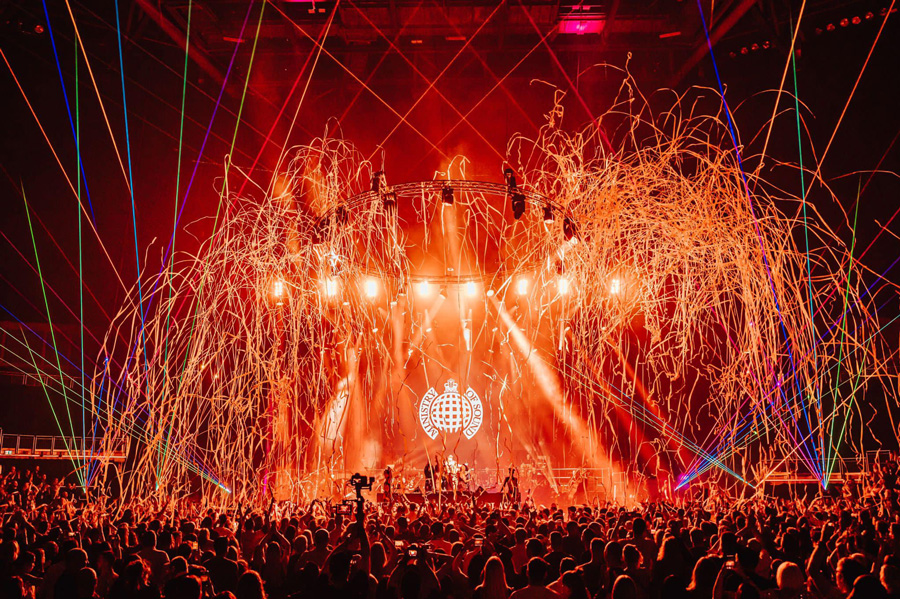 He said the power offered by the MLA / MLX combo meant “I had another 15dB [under the hood] had I needed it; it’s bonkers how loud it would go. By putting in a really big system and merely tickling it, the impulse response was utterly visceral and really grabbed you in the chest.” 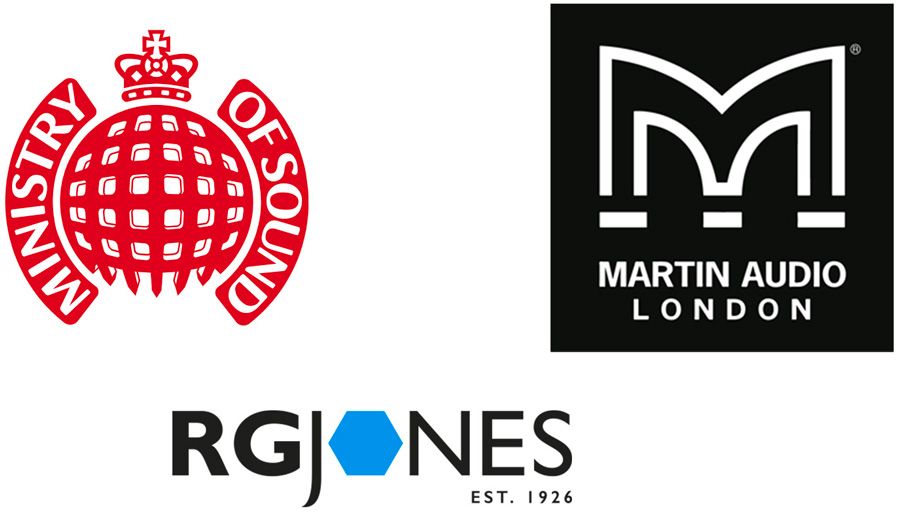 Other RG personnel on duty included Rosie Tarrant (on stage and RF tech), Leigh Davis (on stage and personal monitors) while Nathan Kennedy was PA tech.