The Naha Cultural Arts Theatre is a new cultural center in the capital of Okinawa Prefecture, the tropical island group south of mainland Japan. Built to replace the aging Naha Civic Centre, the new venue is located in the heart of the vibrant tourist area and contains both large and small theatres seating around 1600 and 300 people respectively, both of which are equipped with NEXO sound systems. 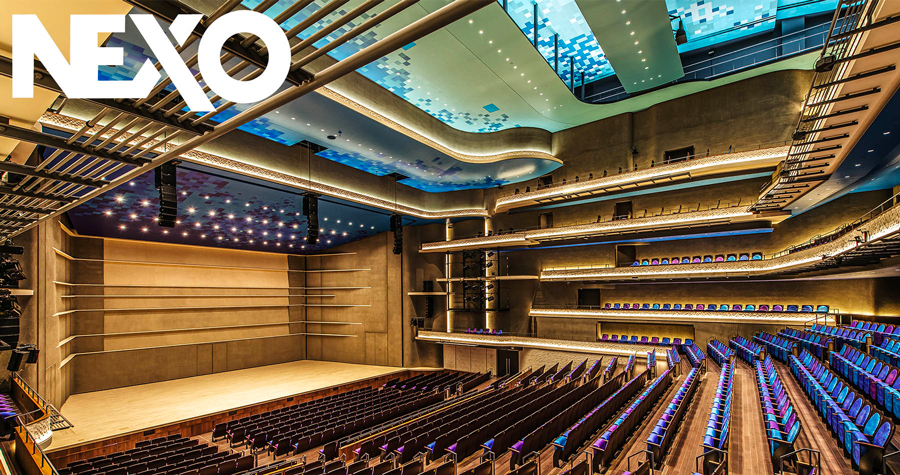 GEO M10 line arrays with MSUB15 subs are flown left, central, and right above the stage in the large theatre, with additional clusters left and right and NEXO ID24s used as under balcony auxiliary speakers. The three flown GEO M10 line arrays with MSUB15 and the two M10 arrays topped by two MSUB15 and acting as infills, visible at the left and right of the stage . 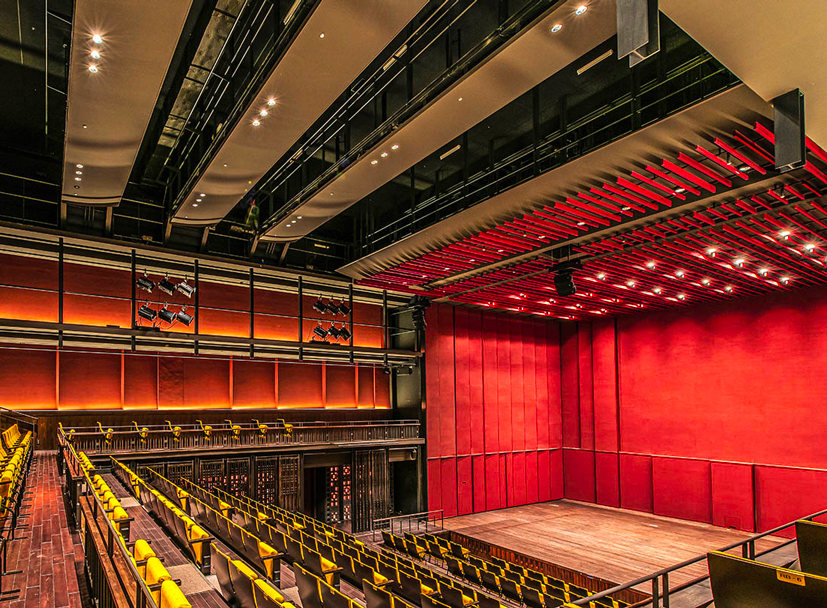 Small clusters of NEXO GEO M6 are hung L, C, R in the small theatre, with NEXO PS10s used as side speakers and ID24s again used to cover seating areas under balconies to ensure even audience coverage throughout the venue.

Amplification and processing for both systems are delivered by 3 racks of NEXO NXAMPMK2 powered processors. 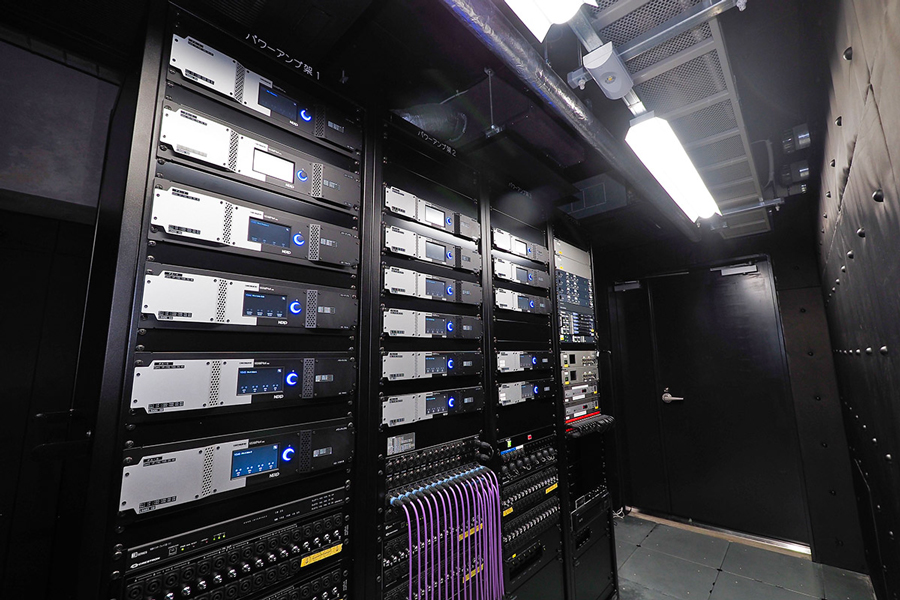 “We chose NEXO as this setup allowed us to build a full digital system with Dante encompassing everything from the Yamaha consoles to the power amps” says Hiroyuki Fukazawa, Manager (Sound Engineering) at the Culture Promotion Division, Civic Culture Department, Naha City.

“This is the key advantage of NEXO. The NEXO speaker system also allows us to suspend subwoofers alongside speakers, providing better sound and a better sense of localisation. Another reason was my own sense of familiarity with the NEXO speaker system, having used it at my previous place of employment. Personally, I just love how the speakers sound.” A closer wiew on the GEO M10 arrays hung in the large theatre.

Commenting on the performance of the system, Naha Cultural Arts Theatre Sound Engineer Ryoko Hirano says, “When I heard the main speaker in the large theatre, my first impression was ‘Wow, what a beautiful sound’. Not only do the speakers deliver a faithful rendition of any song, regardless of genre, I must admit I was taken aback by how such small speakers can produce such a powerful sound, almost as though the sounds are sent flying through the air.”