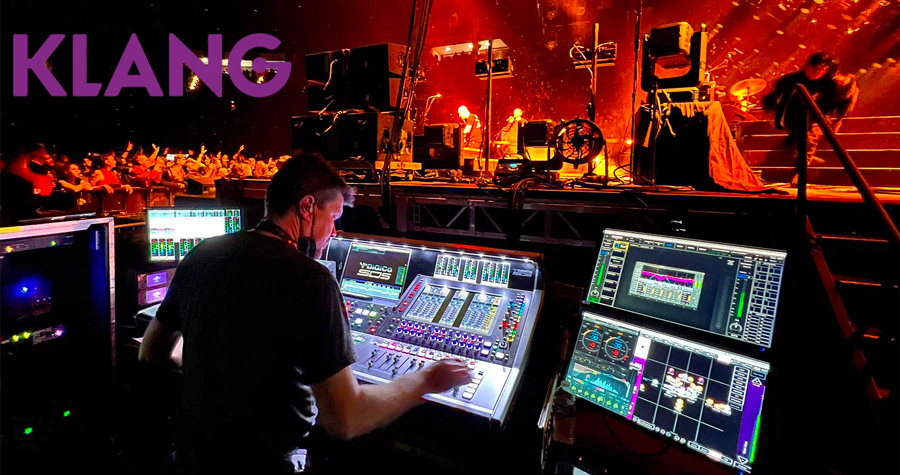 Celebrated monitor engineer Pasi Hara came from Helsinki’s uniquely Finnish metal community of the 1990s and 2000s, one he embraced enthusiastically as a guitarist himself. However, he soon discovered that his most salient talents lay in putting the technical pieces of a show together.

He debuted those with Helsinki goth-rockers H.I.M., starting as their FOH and “everything” engineer, later becoming the band’s monitor mixer. And that’s the role he’s settled into since, for numerous artists like Slash/Guns N’ Roses, The Cult, Tower of Power, Beck, Fergie, Fall Out Boy, and Tool, although he’s likely best known for manning System of a Down’s monitors over the past decade.

What being around the serious sonic horsepower that heavy-metal music engenders has taught Hara is that anything he can do to make the monitoring environment for his musicians safer, more comfortable, and more accurate but without sacrificing impact he’ll gladly do. And the KLANG immersive in-ear monitor mixing system has become his primary tool of choice to accomplish just that. 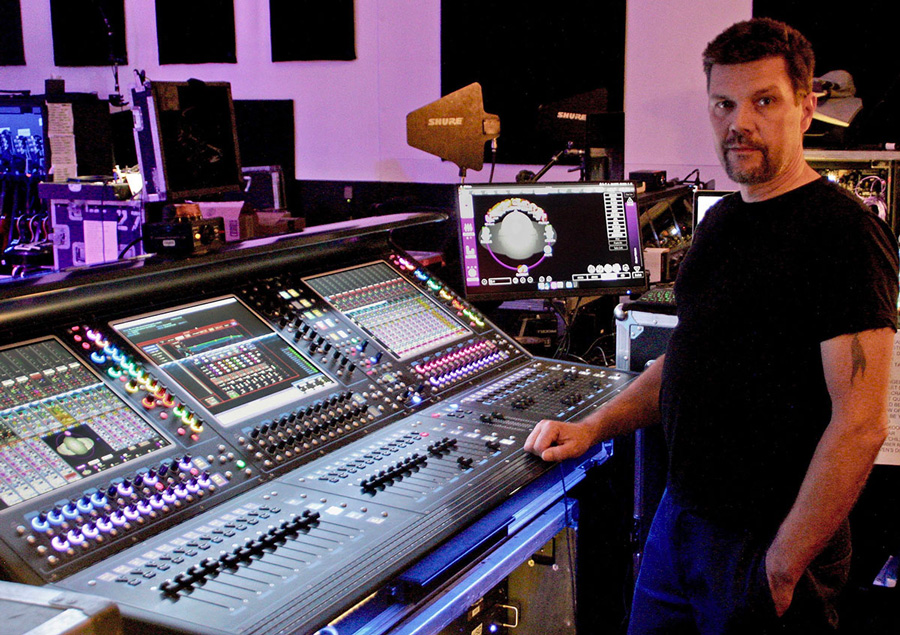 “I first heard about the KLANG platform when it popped up on my Facebook feed,” he recalls, speaking from his home in the Los Angeles area, where he moved his family about seven years ago.
“I thought, ‘I need to take a look at this.’ So I went to their website, watched the videos, then emailed them, saying, ‘You have my full attention!’”

That immediate and keen interest came about because of how the KLANG:fabrik system could allow Hara to create a virtual and precise replica of any musician’s immediate stage environment in their in-ear monitors, with the KLANG:fabrik’s three-dimensional capability letting him put every instrument on stage in exactly the same place in their IEM mix.

What he could accomplish using KLANG:fabrik was made clear the first time he tried it out in 2014 with Guns ‘N’ Roses guitarist Slash on one of his solo shows in Germany. The band was loud and there was a lot of bleed into lead singer Miles Kennedy’s microphone, and thus into his IEMs.

“By just applying the KLANG to that situation, moving the guitar to the side in Miles’ ears and keeping the vocal in front, the overall volume had gone down 9 to 10 dB and all the bleed was gone,” Hara recalls. “He wasn’t fighting the guitar in his monitor anymore—in the 3D mix, it was behind him and to the side, just like it was on stage—and I didn’t have to do the usual carving out of frequencies for them to coexist. It was amazing and I was sold on KLANG.” 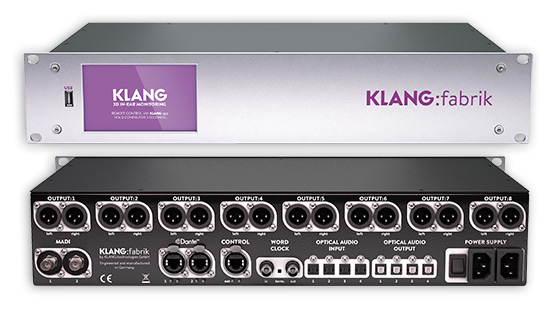 KLANG:fabrik worked just as well for System of a Down, particularly for drummer John Dolmayan. Hara brought the KLANG system into a rehearsal and set up the drum kit virtually to reflect how Dolmayan perceives it from the drum throne: an array of five toms, plus a pair of kicks.
“I remember that John sat down behind the kit, went around the toms once, then looked at me and said, ‘What did you do?’ And before I could answer, he said, ‘Don’t touch anything. It’s perfect.’ John’s a very precise drummer and tends to look straight ahead when he plays, so everything in his in-ears is exactly as it is right in front of him.”

System of a Down’s members were all very effusive about the benefits they’ve derived from using the KLANG:fabrik IEM mixing system. “Before KLANG, I had to guess what my band members where playing. Now, I hear every note and it’s life-changing,” Dolmayan personally shares.
Shavo Odadjian, the band’s bassist, who directly transitioned to the KLANG platform from using monitor wedges, says, “My stage experience went from 0 to 60 real fast after I started using the KLANG. I can now be anywhere on our stage and hear everything clearly, which is truly a game-changer!”
And for vocalist Serj Tankian, it’s all about the third dimension: “The 3D mix creates way more space for isolation of specific instruments delivering more clarity during our performance.” Since then, Hara has used his KLANG:fabrik pair on virtually all of his clients, including Ebi, The Cult, KISS, Slipknot, and Stone Temple Pilots.

More recently, Hara has also expanded his KLANG universe with a new DMI-KLANG card, which he uses with a DiGiCo SD5 console via an Orange Box, or by plugging it directly into one of the DMI slots found on the back of a new Quantum225 or Quantum338 desks.

“During the pandemic, I had a loaner SD12 with a DMI-KLANG card and I tried it out, transferring my files from the KLANG:fabrik. That made an even greater difference, because the latency, which was already very low, was now only a quarter of a millisecond with the DMI-KLANG integrated into the console. Latency is mission-critical, and I always measure it from the microphone to the earpiece, because everything digital that you add in line can cause more delay. But with the DMI-KLANG card, that’s no longer adding much to that equation.” 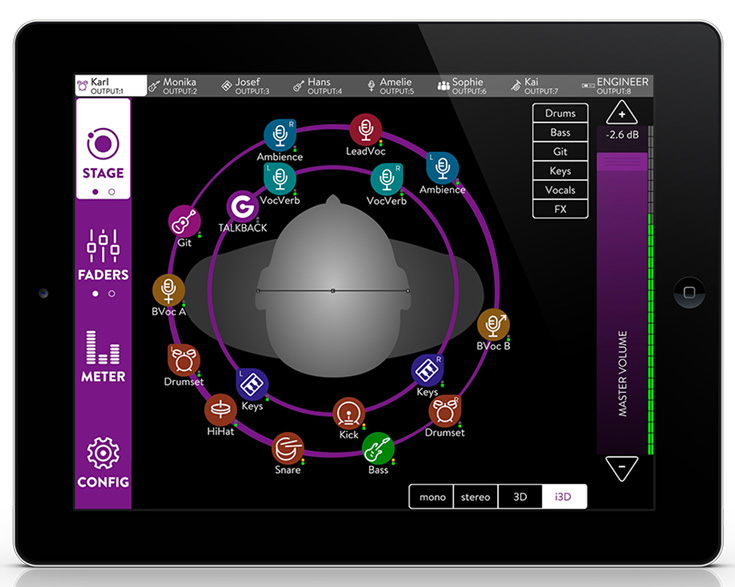 Hara says that the KLANG system’s ability to create fully immersive soundscapes for stage monitoring has been transformative. “Not everyone gets the idea of 3D right away for monitors, because the term gets used so often for so many things,” he says.

“But when I bring out the iPad with the KLANG:app software running on it and show someone what can be done with 3D monitoring, they immediately get it. And it has let me change how I get the sound to the musicians. I don’t have to try to carve out a space for the drummer to hear the click, for instance. And that’s also saving everyone’s hearing. KLANG has literally changed everything in my world for the better.”