Tozer specified Karif LT because he needed a multi-use hybrid fixture in a compact body, with the capacity for the narrow beam looks traditional to D&B music, but also able to deliver wide textured prism looks. “The Karif could give me all of these things and is small enough to use in large quantities to give me plenty of creative scope,” says Tozer.

Twenty-four Karif LTs were rigged evenly on 3 overhead trusses and the arrangement replicated at stage level with twenty-four Karif LT acting as floor units – the only fixtures on stage – sandwiching the DJ duo of Matthew Lowe and Josh White in between.

From here, Tozer used the Karif LTs to define the visual architecture of the show with big beam looks shooting out into the audience and creating wide open space and texture on stage. He used two Ayrton Eurus fixtures, chosen for their framing ability, as keylights on Lowe and White.

“I loved using the Karifs and found them very reliable,” he says. “The huge number of gobos gives me plenty of variety and choice, and the zoom range (2.8° – 47°) is great. They are just the right size for moving at speed and using in large numbers, and gave me the perfect range of options for the Brixton Academy. It’s good to try out the latest technology and they looked amazing. They are great, tiny, punchy units.” 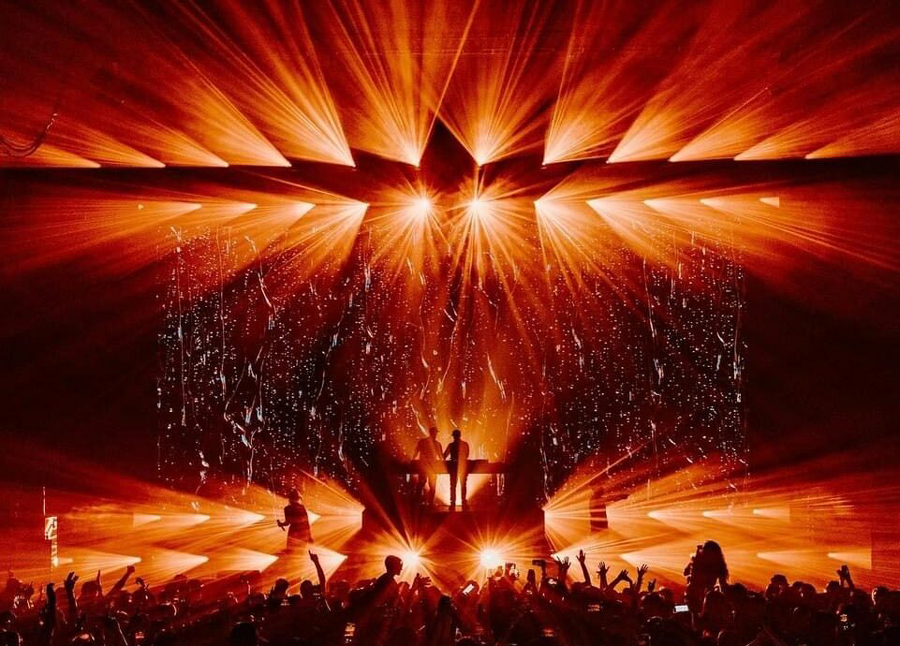 Colour Sound Experiment now owns 160 Karif LT fixtures which it recently purchased from Ayrton’s exclusive UK distributor, Ambersphere Solutions, to expand its existing stock of Ayrton fixtures.
“We originally invested in Karif as the smaller of the Ayrton units, since we already carry 50 Ayrton Eurus for mid-range and 80 Ayrton Huracan LT for long range applications,” says CSE’s Alex Ryan. “However, it quickly became apparent that Karif LT can hold its own in the medium size venues and is perfect for those such as the 10,000-capacity Brixton Academy. It really punches above its weight. 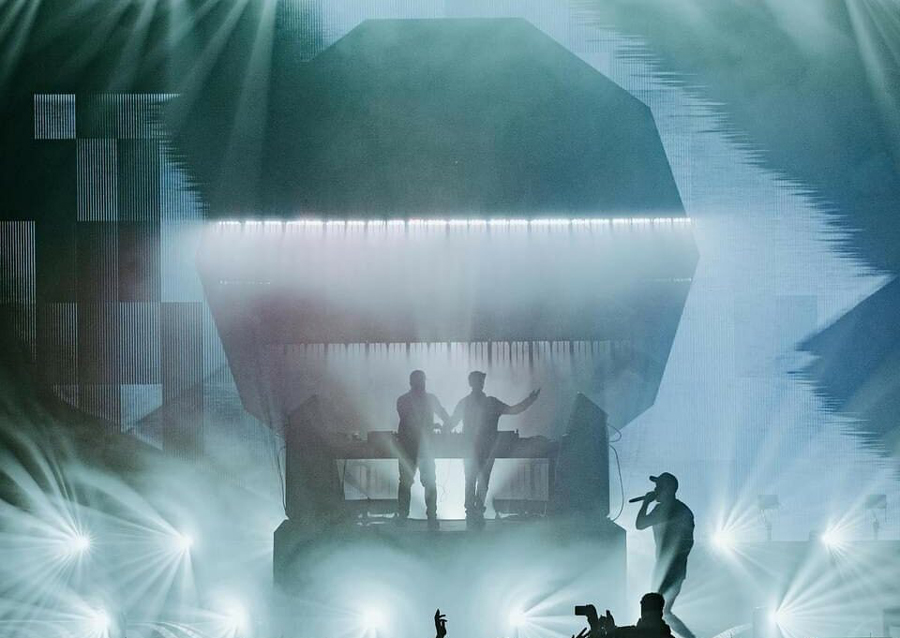 “We chose Ayrton because they have designed a standardised, homogenous range to cover all sizes of venue: small, medium and large. The fixtures are also extremely reliable – much more than most – which is very important when you are dealing with them on a daily basis. And the price point is such that we can afford to invest in good quantities of each, enough to service a couple of shows at any one time. For a rental house and production house they give us creative and financial flexibility.”

The full story can be found on the Ayrton website at: https://www.ayrton.eu/live/sam-tozer-chooses-ayrton-karif-lt-for-hybrid-minds-brixton-academy-show/

More information on Ayrton Karif LT and Eurus and Ayrton’s full range of LED lighting can be found at www.ayrton.eu

The Hybrid Minds performance at Brixton Academy was produced by NTRP.