Netgear, the world-renowned network equipment manufacturer, has distinguished itself in recent years by offering powerful yet easy-to-use network architecture solutions to integrators and users of IP-based audiovisual systems.

The company’s involvement in the SDVoE protocol alliance and the development of the M4250 range have made Netgear a key player, particularly in the world of AV integration. 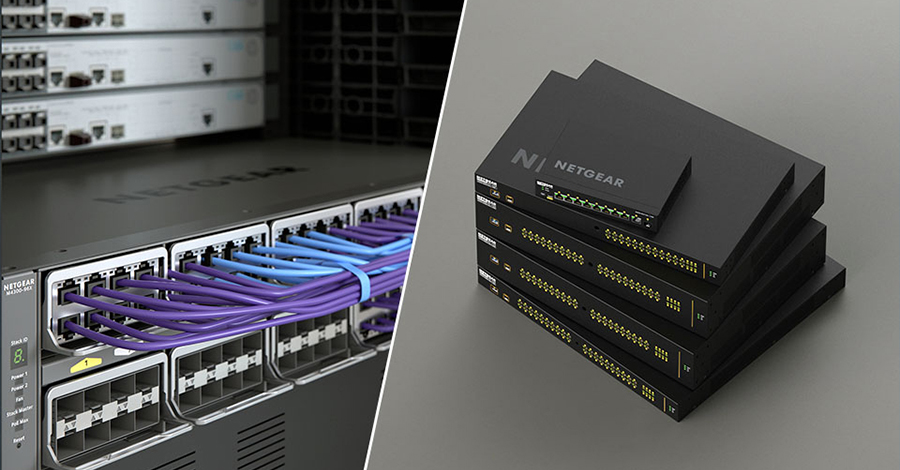 As the number of M4250, M4300 and M4500 series switches deployed in the corporate and installation sectors continues to grow, the need for one piece of the integration puzzle was becoming increasingly apparent: a dedicated control and monitoring software for these respective series.
To address this need, Netgear has unveiled the first details of its new software controller at the recent ISE show in Barcelona. The Engage software confirms Netgear’s commitment to providing users with a complete AV networking solution, including both hardware and software.
With some AV installations consisting of hundreds of devices, centralized configuration and monitoring software is becoming a key part of emerging requirements. The software is also aimed at technical service providers who want to be able to deploy audiovisual network infrastructures quickly.

Kindly, Netgear shares with us here a preview of its upcoming control and monitoring software that will be available soon.

Engage is a software that is compatible with Windows, Mac and, soon, with Linux, as well. The application automatically unpacks and launches itself, and does not require installation. The software operates on the concept of “sites”, where a site is an installation or event with Netgear switches. 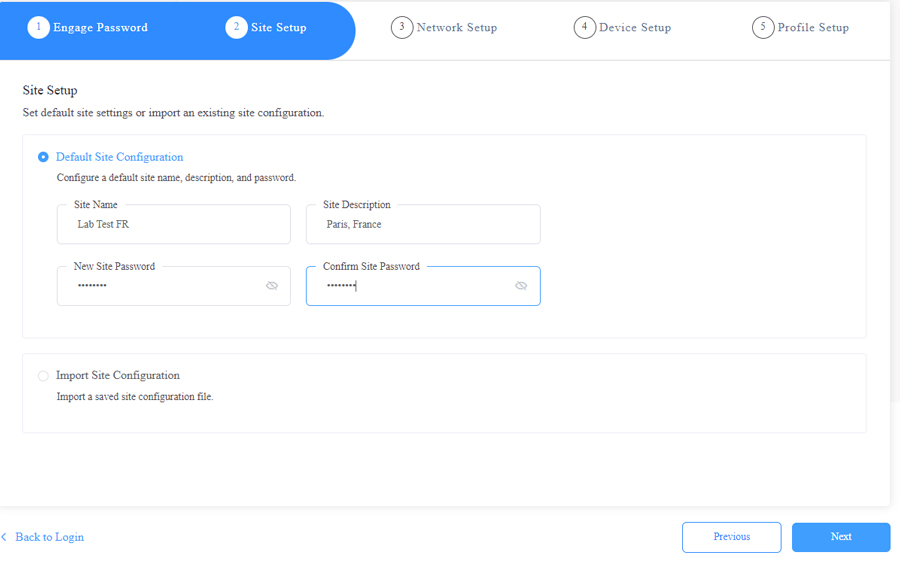 The user is prompted to select the network interface they wish to use to communicate with the switches.

This is where an interesting point comes up: Netgear switches are delivered from the factory without a unique IP address, but have a control port called OoB (Out of Band), which by default is in DHCP client mode, i.e. the port is waiting to be assigned an IP address by a DHCP server. If no DHCP server is present on the network when the switch boots up, the OoB port automatically switches to the default IP address 192.168.0.239. 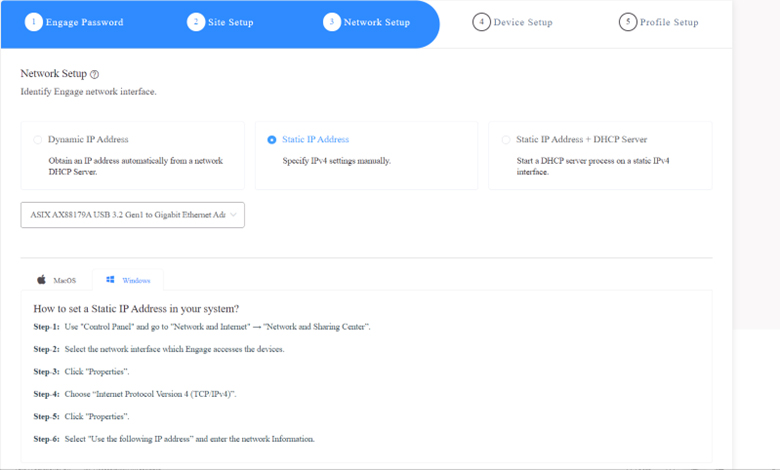 Figure 2. The network configuration page: here the user can choose to use a static or dynamic IP address, or activate a DHCP server to distribute IP addresses to the switches (source: Netgear).

The switches also have a VLAN 1 management interface, which is also a DHCP client by default. Similarly, if no DHCP server is present on the network, the VLAN 1 management interface automatically switches to the default IP address 168.255.100.100
The user can thus create a DHCP server via the ENGAGE interface, and automatically assign addresses to the switches, and configure them together without IP address conflicts; very practical!
This DHCP server can then be deactivated, once the IP addresses of the switches are correctly assigned by ENGAGE.

Engage will automatically detect switches using Universal Plug and Play (uPnP) technology, making it easy for users to add them to their site. 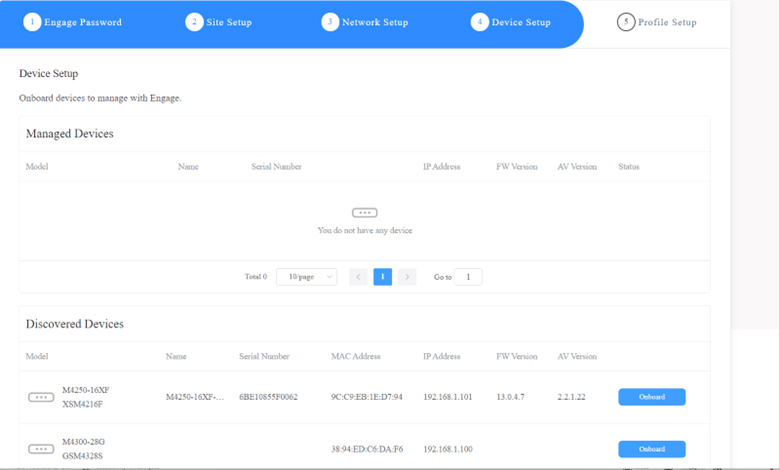 Figure 3. By clicking on the “Onboard” button, the user can add switches to his project (source: Netgear).

In their software documentation, Netgear states that there are three possible scenarios for passwords when adding switches to the site: 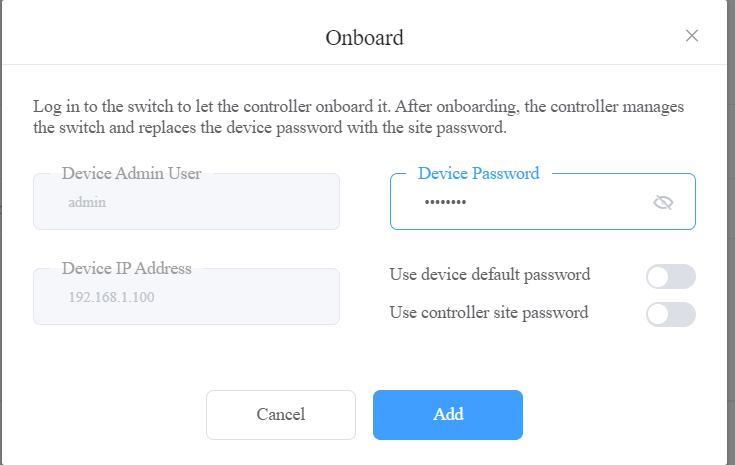 Figure 4. The window for adding a switch in Engage (Source: Netgear)

When a switch is added in ENGAGE, the software will automatically update the switch. This is important, so it is advised not to perform this operation during the production phase of a project.
Engage also memorises the serial numbers of the devices added in a site. Once the IP address of a switch has been changed, it does not have to be added to the site again.
When this operation is complete, the user can start configuring all of the switches from a single interface. 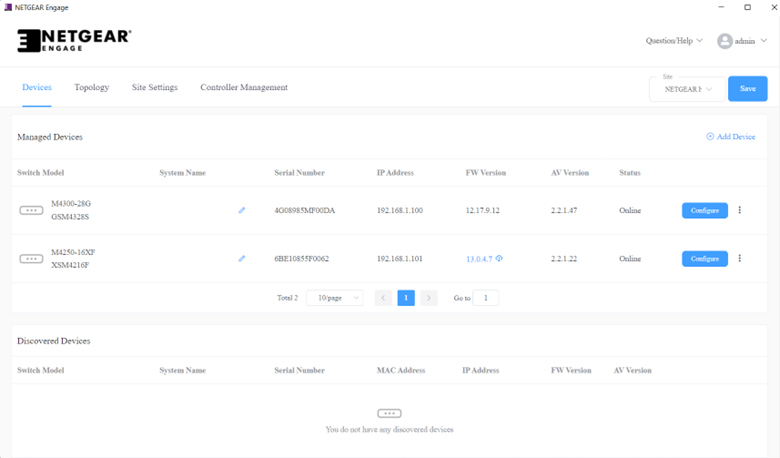 Figure 5. This page displays the devices that have been added to the site (Source: Netgear).

Using ENGAGE, the user will be able to administer the newly added switches to the site, modifying their IP address, name, etc. The same functions are available as in the AVLine range, namely the possibility of using predefined profiles (Audio, Video over IP, light…) for the creation of VLANS, and doing so at the network level. 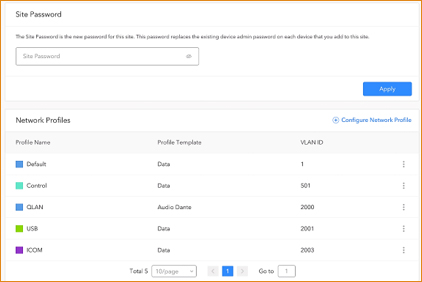 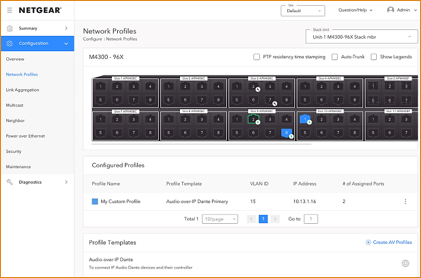 Figure 7. For example, the user can create a profile for Dante, and assign the switch ports to this VLAN, assigning a colour code to facilitate identification (Source: Netgear).

A “topology” tab also provides an overview of the connected devices and the status of each. 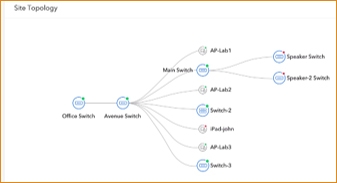 Hovering the mouse over the connected devices displays information such as name, IP address and MAC address.
When it is desired or necessary to update the switches in a network, it can be tedious to update them one by one, especially in large installations. Engage provides a tool to update all switches from a centralised location.

Figure 9. The update tool. Here you can verify the current firmware version, as well as the previously installed firmware (Source: Netgear).

Even though this very early version offers some basic monitoring tools for switch users, the tool is user-friendly, straightforward, and maintains the configuration philosophy that started with the M4250 series.

Both new and experienced users will be able to rely on ENGAGE for deploying powerful network architectures, but with a simplified workflow.

However, there’s no doubt that the Netgear team will be delivering future updates, with features for visualising the protocols and services that are important to AV network administrators. We can’t wait to test it!