Almost sneak preview of the Powersoft X4L, although it’s a real Formula 1 monster. We met its creator Claudio Lastrucci at Prolight & Sound, to learn more about this new model in the X Series and discover what’s under the hood.

In a few words, the X4L includes 4 amplification channels, 4 analog inputs, optional AES and Dante (with redundancy), and very complete processing and routing integrated into ArmoníaPlus. It can also be powered in single phase, dual phase of tri phase mains, from 85 V to 460 V in auto selection, while boarding a PFC to clean up and stabilize perfectly the available incoming mains.
Able to deliver an average of 200 V per channel and peaks up to 300 V, it is the ideal companion of all modern and very capacitive speakers, bringing them a useful energy it knows how to recycle and re-inject, meaning less consumption in the end. Quite a Beast indeed! 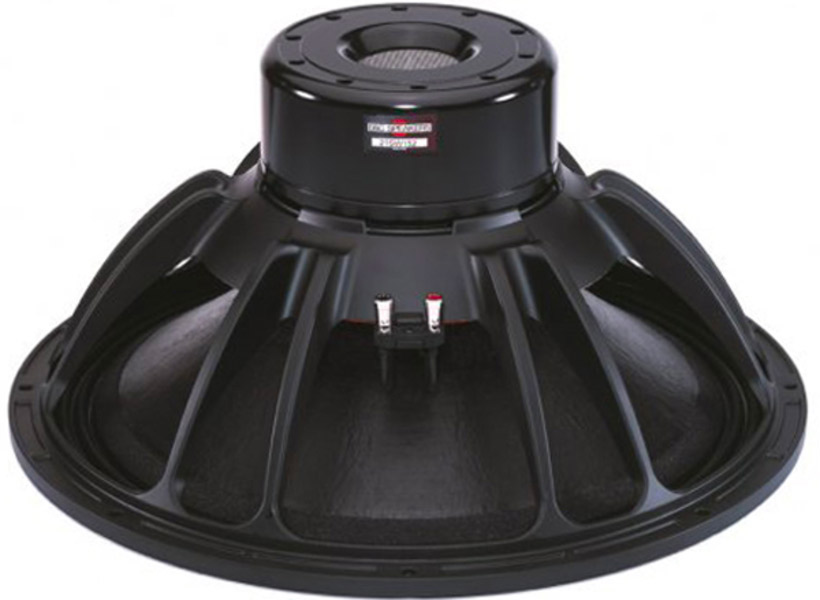 Claudio Lastrucci : The existing transducers, and moreover the up and coming ones, all have a high BL, and it keeps raising. très élevé et qui ne cesse d’augmenter.
To maximize their potential, you have to deliver a much higher voltage (under constant resistance of the coil). Additionally, you have to recycle the energy that the transducer sends back to the output of the amplifier.

To make an analogy with the electric vehicles, instead of heating the brakes when you drive down a slope, you use the engine brake by sending a significant percentage of the energy used to drive up the hill, into the batteries. In the case of a low frequency speaker, while generating audio you stretch a spring, actually its suspension. The kinetic energy coming back can then be collected.

The D class can be more or less optimized to do this job, and if in parallel the transducer has a high BL, the efficiency of this collecting becomes important. That has a valuable effect on the collected energy collected from mains, compared to a non optimized amplifier.

The rear plate of the X4L with the single 5th NL8 socket delivering the 4 outputs.

SLU : Do you inject it into the condensers?

Claudio Lastrucci : Exactly. Instead of requesting it from the PSU, I use this energy directed to our big stocking area, and the more the transducer is reactive with a large diameter, the more we collect back.

SLU : So, the X4L is an amplifier completing the X Series, but not replacing any model?

Claudio Lastrucci : Absolutely. The X4 is less powerful and is 1U high, the X8 offers eight channels and is 2U high. The X4l is part of this family while standing slightly apart, including in the switching strategy of the stages. Its capacity in recycling energy and its power, the double of the other models, had us going for the 2U housing. 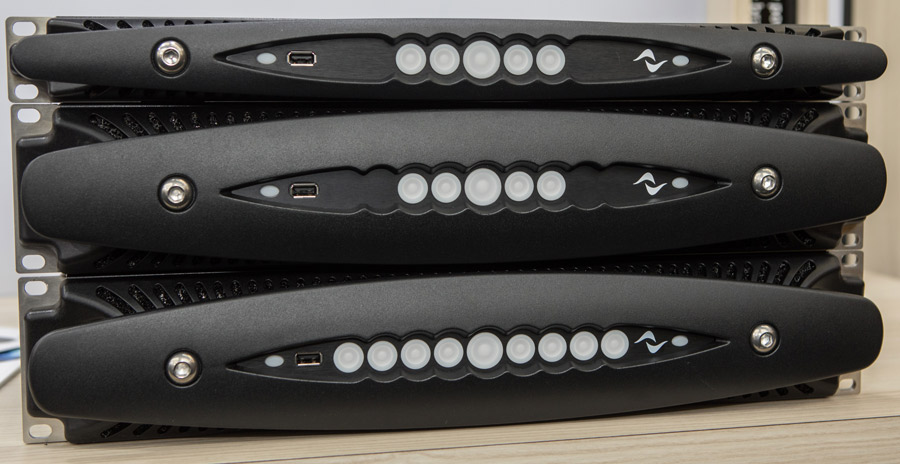 The little X family, complete with, from top to bottom, the X4, the X4L and the X8.

SLU : Everything is different?

Claudio Lastrucci : No, the logic board, the DSP, the presets and the switching 3 phase mode are the same, and the chassis too.

SLU : What about the PSU?

Claudio Lastrucci : The PSU is different, it’s the case in all three models (laughs). The X4L is a « bestione » (let’s translate this by Big Beast, Monster, Colossus, etc…) as it delivers 200 V RMS.

SLU : You do insist on this very value, it sounds like the end of the Watt?

Claudio Lastrucci : There would be some much to say about the powers manufacturers claim, the ones they really can hold, what a transducer really accepts, so the Watt doesn’t mean much nowadays, neither for the amps, nor for the speakers; for transducers, the efficiency can also vary depending on temperature, load…
The modern speakers need to be shaken, and they are more and more capacitive. Ideally, we should go for kVA on both sides, but whatever happens, the future is leading us towards modern amplifiers designed for their load. Even our good ol’ K20, long time most powerful unit in our brand, is now beaten (almost) hands down! 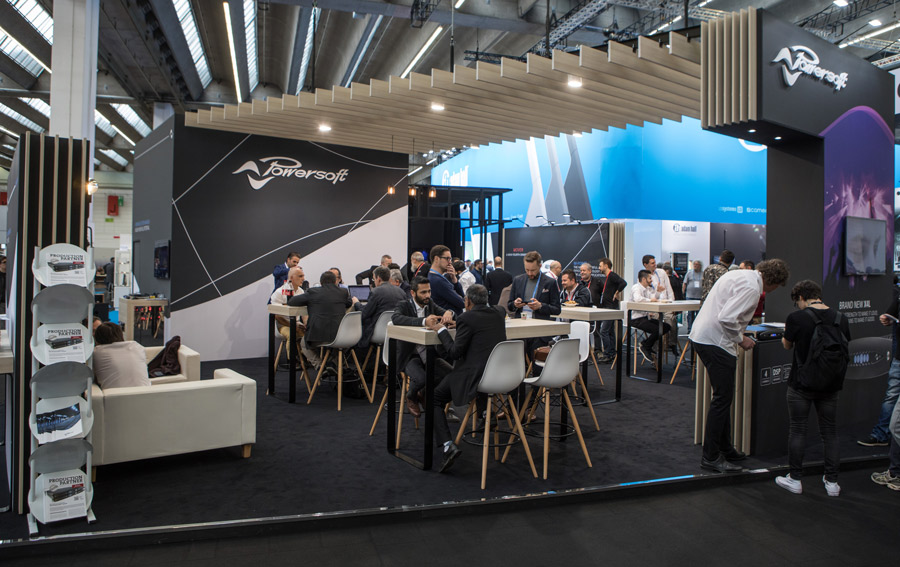