The festival of the summer 2019 in Turin has filled the city once again, extended its charm throughout the country and gone beyond international borders, finally becoming popular and attractive also abroad, reasons that place it closer to the Olympus of the great European Festivals. A real flagship for Turin, which year after year confirms itself as one of the most important poles of attraction for music and events in Italy.

The PAs were designed by Microfase Music Service, professional reality with a solid experience with the VIO Series; the system configuration in use consisted of: 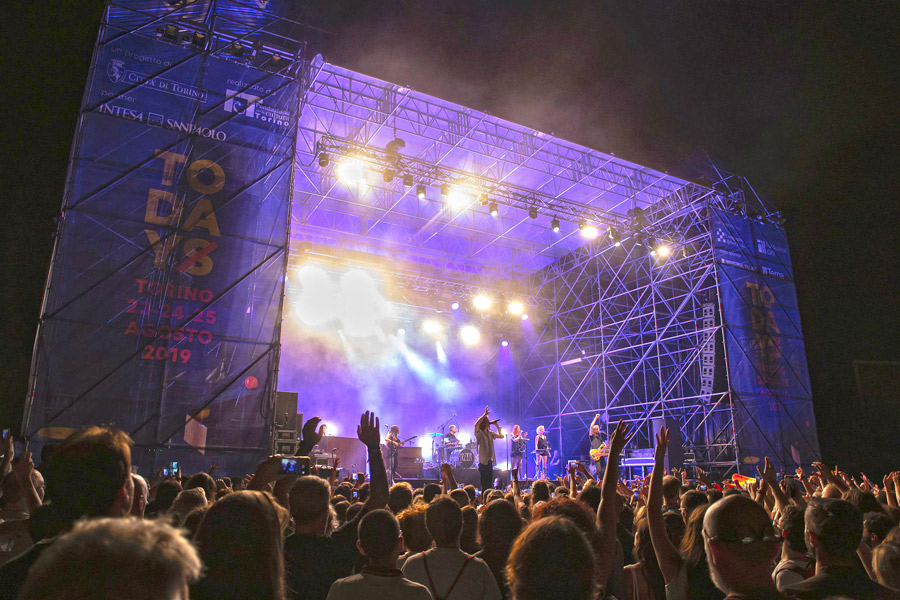 The open air sPAZIO 211 stage, with Hozier in full action. You can guess behind the advertising tulle the 8 L212 cabinets.

Dario Colombo, supervisor sound engineer for sPAZIO 211, a large stage located in the outdoor venue of the TOdays Festival, enthused about the performance of dbTechnologies’ line array system:
“VIO L212 reacted splendidly! There were very few equalization interventions on the master output of the mixer and they were more about mixing needs rather than real corrections of the sound of the system.
None of the eleven sound engineers at the front of house needed to correct the sound of the PA. We only got positive comments. We also have to consider that almost all of them came with the show prepared elsewhere and loaded by usb on the mixer-console, so in that case it is even easier to make comparisons”. 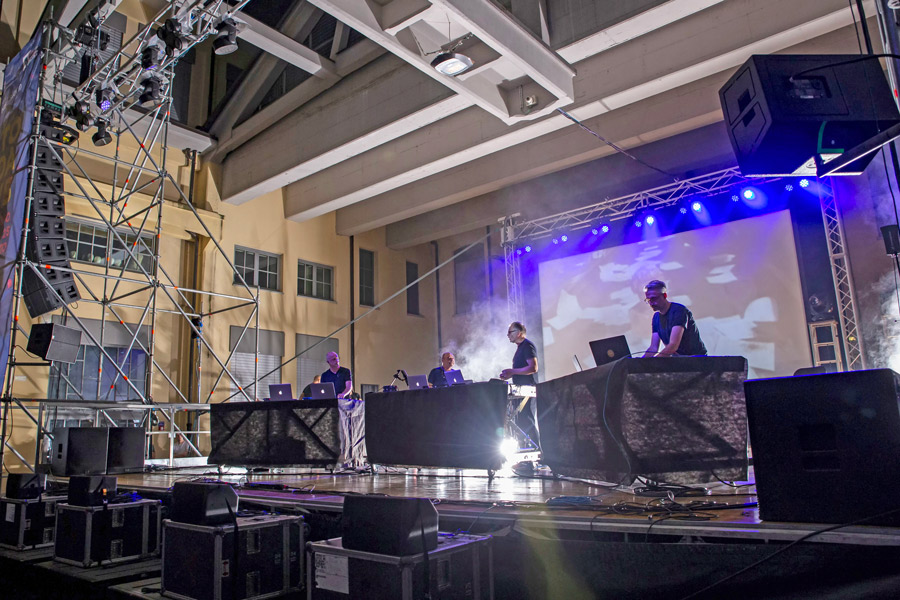 The EX-FABBRICA INCET stage. You can guess how the acoustics will react, just looking at the glazed frame supported by concrete beams…

Nicolò Amedeo, Supervising sound engineer of the venue, says:
“TOdays Festival takes place in very suggestive venues, aiming to involve the audience. But when it comes to acoustics, a beautiful spot can be tricky.

In this case, for example, the inner courtyard of the EX-FABBRICA INCET has some issues, since it looks like a long corridor between two wings of the old factory, it is half-covered along the entire lengt, with large windows on the sides. The positioning of the PA allowed us to better control the frequencies and limit the phase problems.

The PA management software Aurora Net, has been helpful, as it’s simple to set up and very complete, and gives you the possibility to intervene in a very precise way.

I’ve been working with Microfase Music Service for years and since they bought the new VIO I used it in many different situations with many different kind of audience and the feedback has always been really positive”.