The Rolling Stones took to the road this summer for their first European tour since 2018 with their new show, SIXTY, in celebration of their 60th anniversary. The show had a new set design by Stufish and lighting by Patrick Woodroffe, the Stones’ lighting designer and creative director for over 40 years. 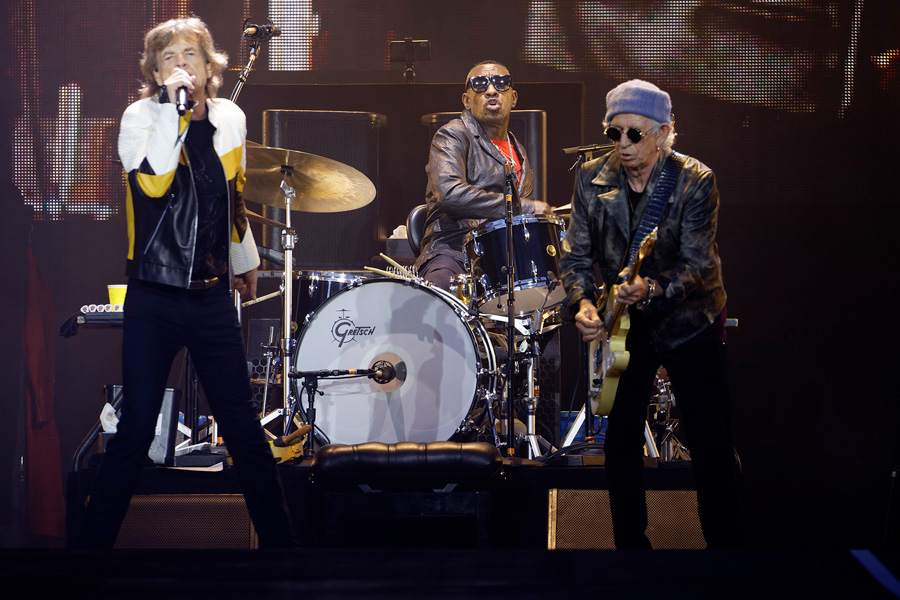 “When designing a European tour, you must consider the vast range of weather conditions you might meet across the summer from beautiful sunny days to end-of-the-world storms,” says Terry Cook, associate lighting designer at Woodroffe Bassett Designs.
“One thing Ayrton has become famous for is their high-powered IP rated fixtures. On the 60th Anniversary Rolling Stones tour we have 83 Ayrton Perseo Profiles over the stage. We have used these units on multiple shows and found them to be bright and reliable.

“At FOH, for the first time ever, we specified 10 Ayrton Domino LT units attached to the FollowMe. This is a new Long Throw unit of the Domino range, and is also IP rated so it takes the weather concerns away. Our spot towers moved around a lot from venue to venue but we found having the Domino LT spot very useful and the light performed well.”

An additional 12 Domino LT fixtures were also chosen for exposed positions at the front of the stage, all of which were supplied by Neg Earth Lights. 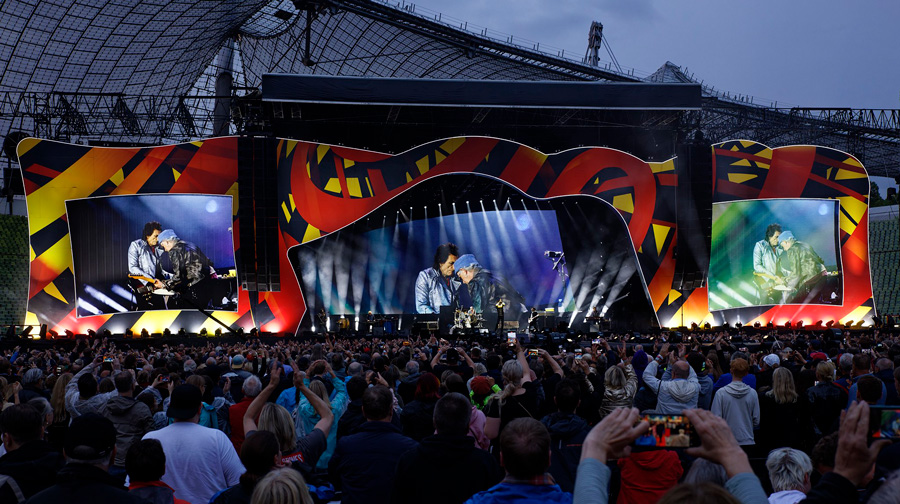 “With a new scenic and lighting design for the Sixty Tour, Patrick and Terry (Cook) took the opportunity to add many more Perseos and Domino LTs to the design,” says Rolling Stones lighting director, Ethan Weber. “Pretty much everything that is exposed to weather and/or hard to access is now an Ayrton product. Nearly every light that is crucial to the show – spots and keylights – are now Ayrton because of their intensity, reliability and IP65 rating.”

Nine Perseo Profiles are hung on the downstage edge of nine overstage finger trusses and used to keylight the backing musicians; thirty-six more are rigged on two pairs of ladders upstage and mid/downstage, and 42 Perseo Profiles are positioned on the floor with 24 on the left and right screamers, and 18 in upstage positions behind the band. Twelve of the larger Ayrton Domino LT are also sited on the downstage floor with 6 per side lighting the fascia. 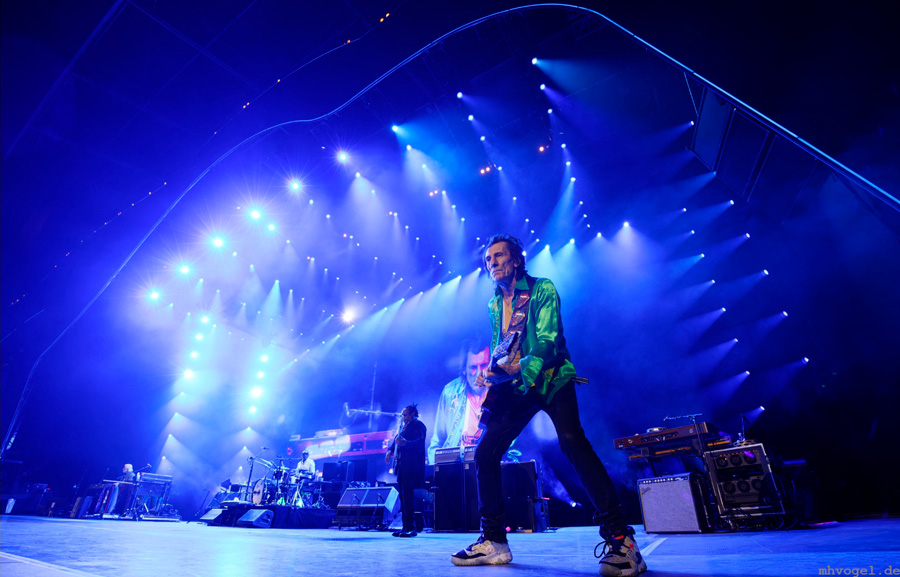 “The Perseo units on the floor and torms are all for wash and effects,” says Weber. “Great lights. Bright, smooth dimming, good colour mixing, impressive zoom range… The Stones setlist doesn’t often include too many songs that are gobo friendly, but we do get a few patterned looks in there and I was impressed with the gobo selection.

“The Domino LTs on the wings and front stage are used to light the upper parts of the downstage fascia. We don’t use much of their effect capabilities, but their intensity, zoom, shutter and, again, reliability, made them the perfect light for the job. 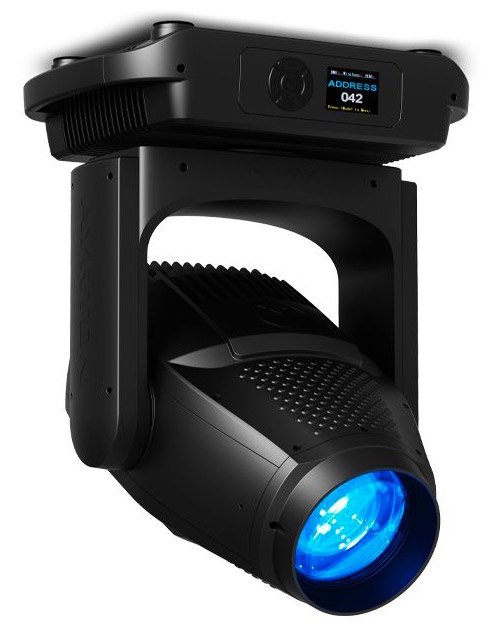 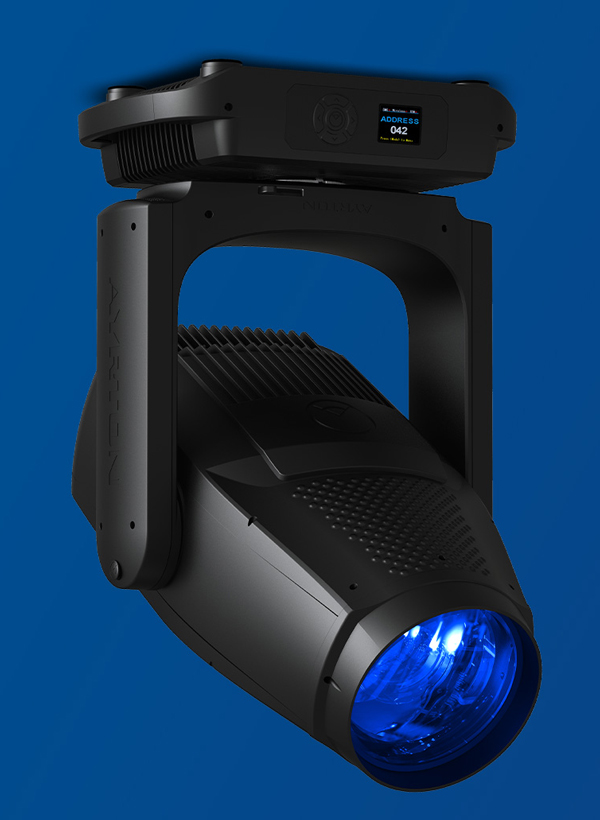 “The LED source is very important to us as well. We haven’t been asked to account for our energy consumption, but morally it’s definitely a step in the right direction. The fact that our only significant power draws are when we’re testing the system, when I’m using the lights for late night focus/programming sessions and during the running of the show, goes a long way towards helping to ease my moral conscience.”

The 10 Domino LT fixtures used as followspots with the FollowMe system are rigged on two of the front of house towers with an average throw distance of 125’/38.5m. The five remote followspot operators are positioned more comfortably in the control tent with the rest of the lighting team. 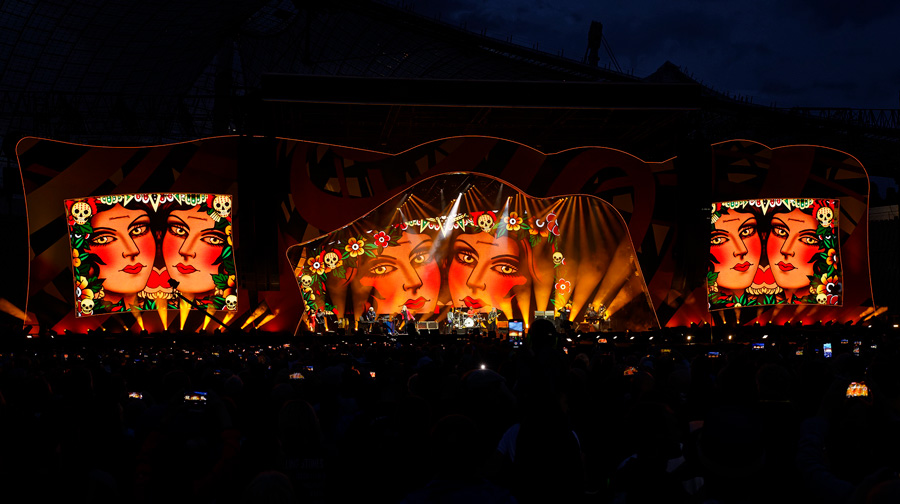 “This was our first tour with remote followspots – a big decision for us,” says Weber. “Our standard followspots, stacked 4 high, house left and right, always bothered me – all but the top spots were too low and washed out much of the stage. There have been systems out for a few years now that could probably handle the job, but it was the combination of the Domino LTs’ intensity and, especially, IP rating that swayed us.

“In my first discussion about them with Keith Johnson, our crew chief, I asked if he was going to weather-proof them ‘just in case’. He said ‘no’. I was a little worried until the first big rain, then not a thought about it after. Ayrton’s given us some very impressive lights to play with.”

The 14-date stadium tour of Europe kicked off in Madrid on 1 June and concluded on 3 August in Berlin. 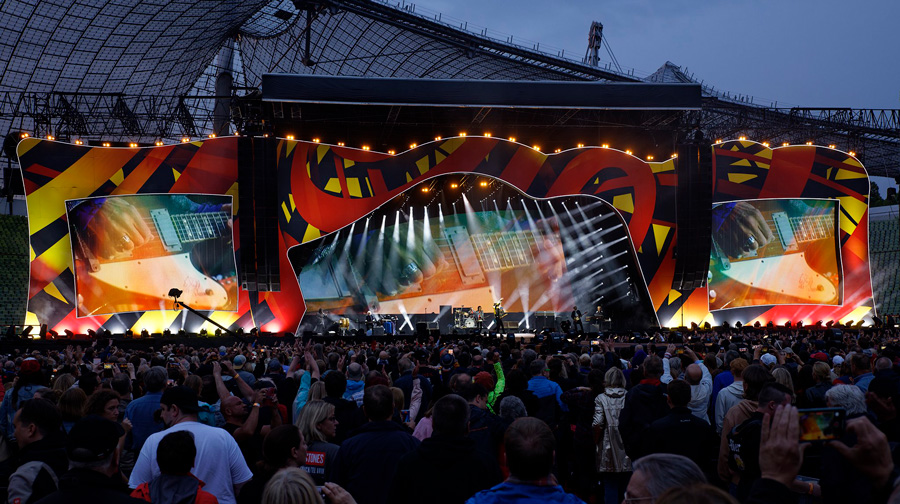 The link to the full story on https://www.ayrton.eu/live/