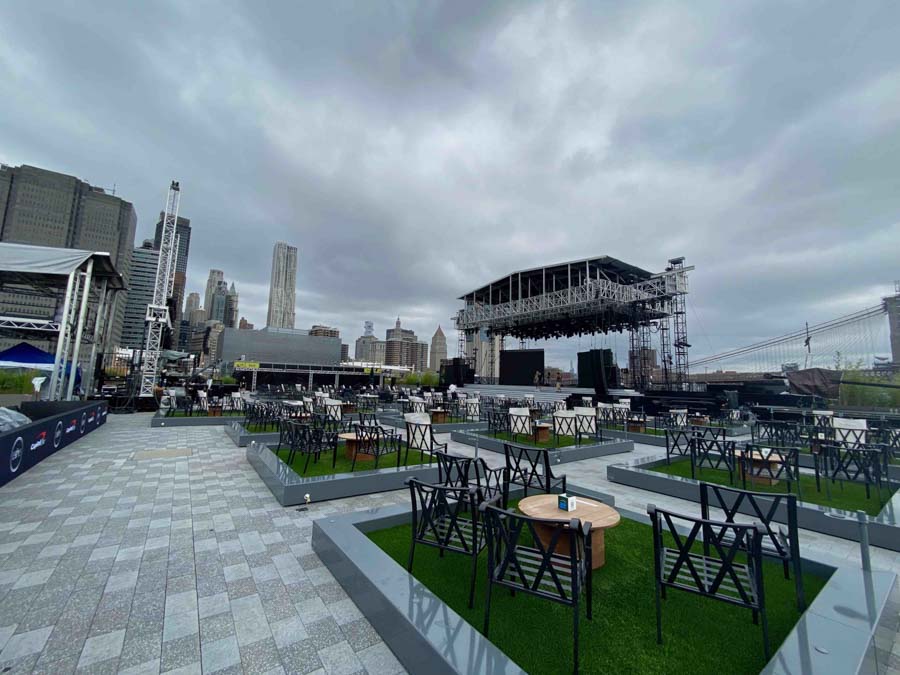 An outdoor event in New York City in July has to be prepared for all weather contingencies. So when lighting designer, Bob Barnhart of 22 Degrees, was hired by BTW Productions to light the 2021 ESPY Awards show on the The Rooftop at Pier 17 at the Seaport, he chose Ayrton Perseo fixtures to comprise the bulk of the lighting rig. Perseo is an LED moving head profile whose IP65 enclosure rating makes it the ideal choice for outdoor use. Ayrton lighting fixtures are distributed exclusively in North America by ACT Entertainment.

The 2021 ESPYs presented by Capitol One celebrated the best players, moments, coaches and games in sports. Actor Anthony Mackie hosted the 29th annual ceremony, which was broadcast live on ABC and aired later on ESPN and ESPN2. The in-person show followed last year’s virtual taped event during one of the peaks of the coronavirus pandemic.

Barnhart coped with unseasonable rain and lightning all week leading up to Saturday’s rooftop ceremony. The weather was clear for the 8 pm start of the three-hour show, but rain started about an hour later. 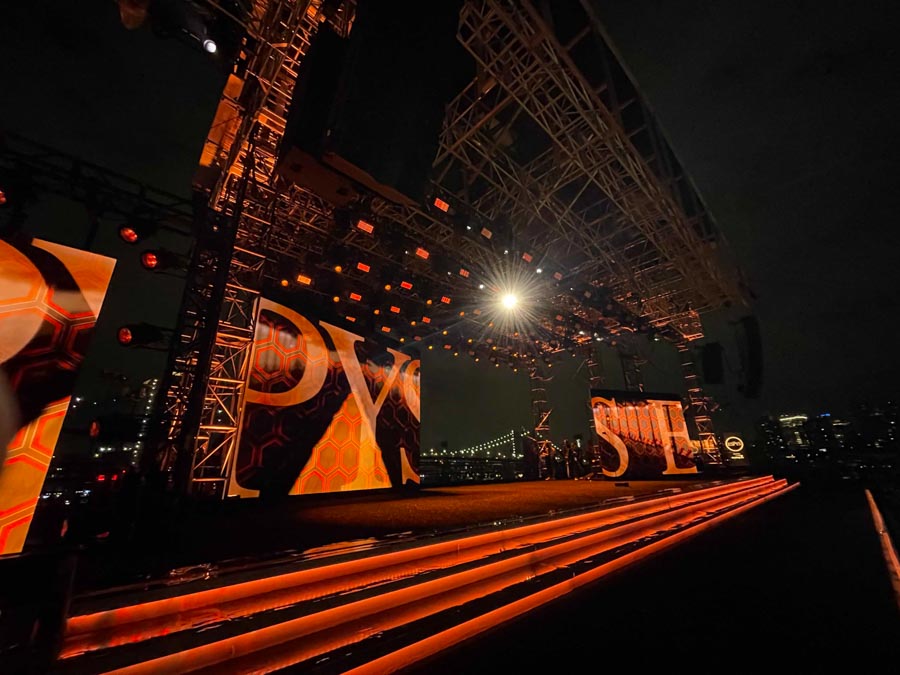 “The Perseos big function was as key light – the first time I was using them in this capacity,” says Barnhart. “I was able to colour correct them properly, get very clean edges and blend the lights together very well.” He notes that, “Perseo’s LED engine creates a very flat field, which is really critical in TV which is pickier than the human eye to intensity changes.
I also like their shutters for control and, of course, their weatherproofing is a huge advantage – they held up very well to the weather we experienced all week and during the show.” 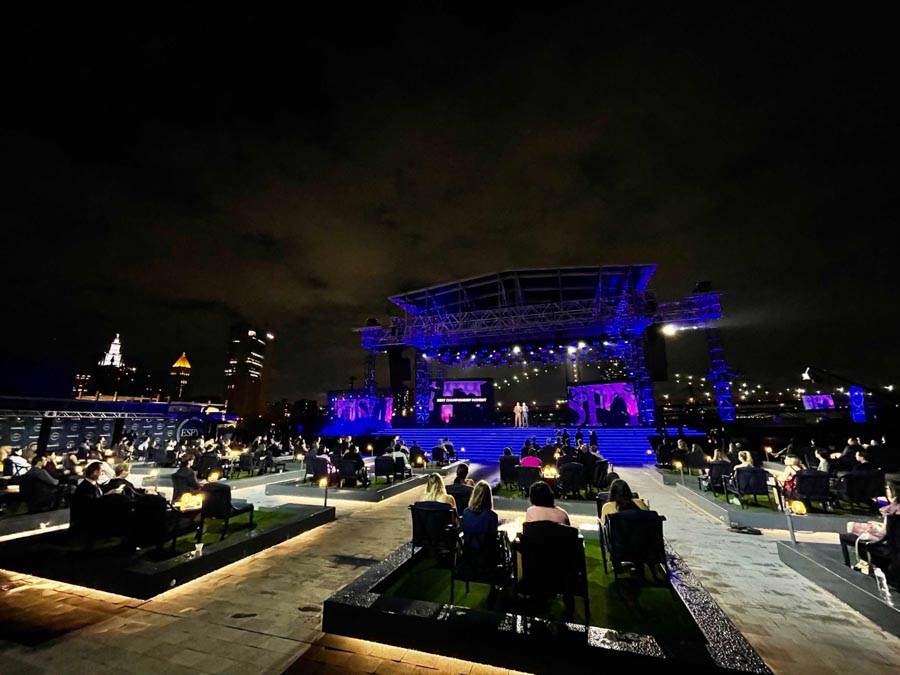 Earlier this summer Barnhart utilized Perseo fixtures in Arlington National Cemetery for a segment of the PBS “National Memorial Day Concert.” The segment was recorded at the Women in Military Service for America Memorial where the Perseo fixtures acted as architectural lighting then transitioned to theatrical lighting for the talent.
The fixtures were hidden behind the large fountain and reflecting pool in front of the memorial where they illuminated the 400-foot curved façade; subtle gobos and a colour change from natural to blue highlighted the memorial and accented the tribute and performances.

For more information about Ayrton and the Perseo you can visit www.ayrton.eu