After hanging up his bass guitar from his time in bands like Kix and Wrathchild America, Brad Divens has been the Front of House engineer for a range of major artists, including Linkin Park, Cyndi Lauper, Garbage, Bob Seger and the Silver Bullet Band and Mötley Crüe.
This summer he mixed major European shows for Enrique Iglesias where, since switching to a Yamaha RIVAGE PM digital mixing system, he was able to bid a final farewell to years of touring with outboard racks. 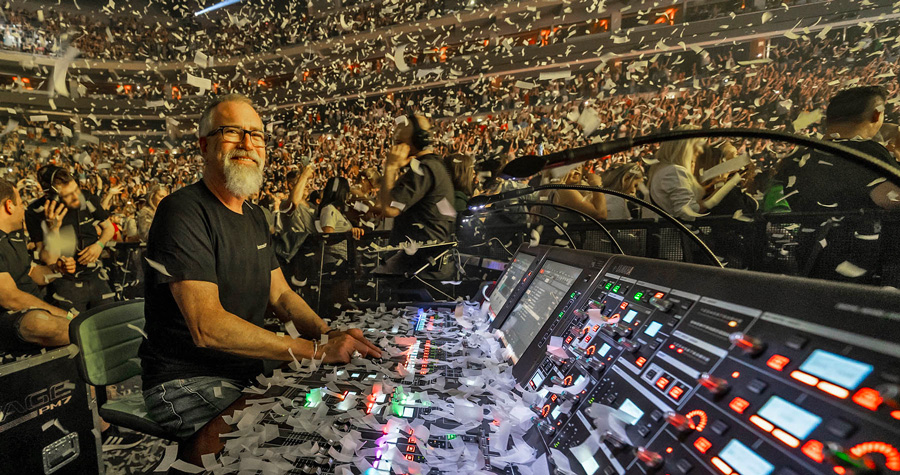 Brad Divens and the Rivage PM.

Like all experienced engineers, Brad cut his teeth on analogue mixers. Since then he has used various digital systems, but it was when friend and fellow engineer Frank Scamalone recommended the Yamaha RIVAGE PM series that Brad properly took the plunge.

“I knew that I wanted to do something different and Frank kept telling me ‘Look Brad, just plug an SM58 into it and listen to your voice, that’s all you need to do and you will want to check it out.’ We had a long conversation about it because he’s one of my peers and I trust his opinion when it comes to mixing,” says Brad. 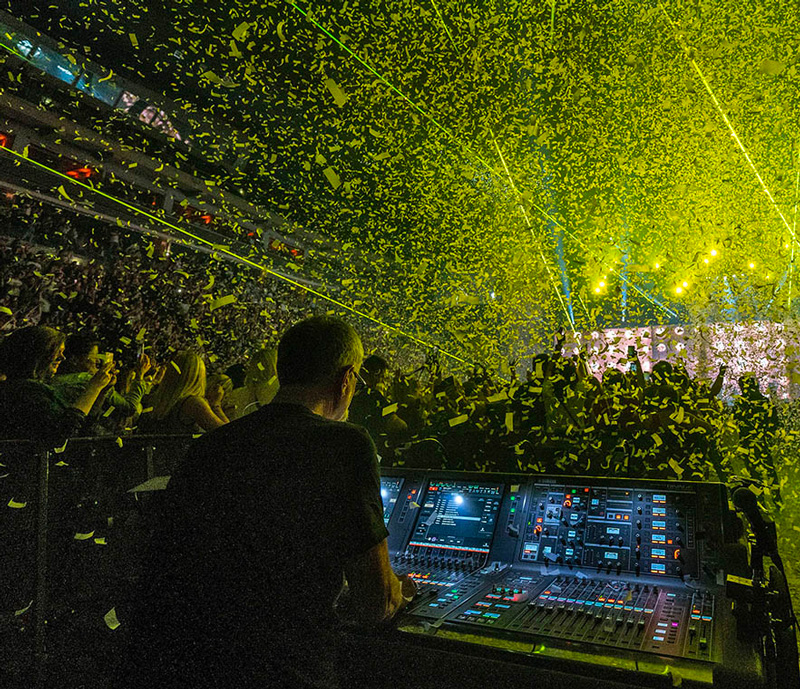 Brad hands on the desk.

He contacted Yamaha in Nashville for a system demo and immediately appreciated what Frank was saying. A key benefit of his switch to RIVAGE PM has been the ability to reduce, and then eliminate, the outboard rack he was carrying with his previous digital system.

“When using other digital desks, I immediately felt that I needed to add something because they are a little on the sterile side.
For example, with the previous system, I had all my group and mix buss processing on outboard. But when I tried the RIVAGE PM system I found there was nothing digital-sounding about it,” he says. 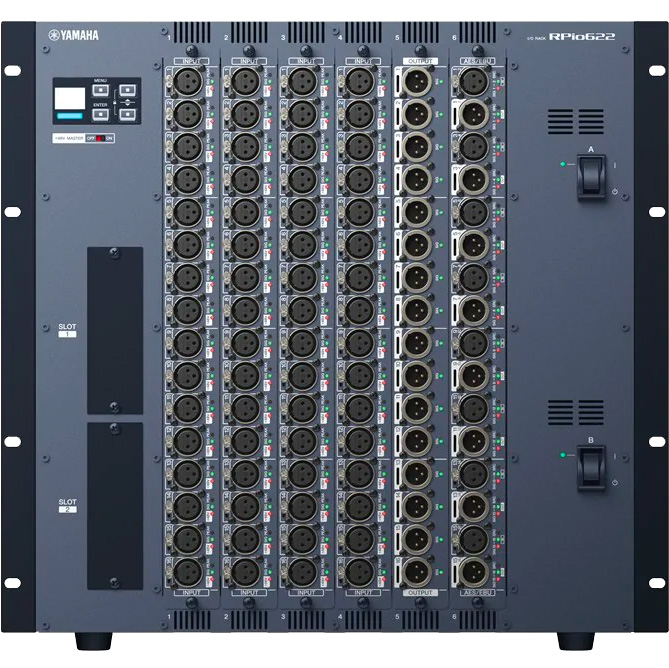 The RPio622 hosting the SILK preamps.

“There wasn’t much rehearsal time before the first tour I wanted to use it started. My intention was to start with the rack in place, because I was happy with the group processing, and concentrate on the inputs.
But by the end of the tour I wanted to have eliminated the rack, mixing only on the system and not having to worry about carrying anything else.”

As the tour progressed, Brad gradually replaced the rack processing with the RIVAGE PM system’s processing. By the time it was halfway through, the lead vocal channel was the only thing he was using the rack for.
“Once I was only using the RIVAGE PM system, I was like ‘This is it. This is beautiful. It’s exactly what I knew I could do with it,” he says. “I just feel less is more. All I need is the RIVAGE PM, a USB stick with my show file and everything is ready. It justified the decision and I knew I’d made the right choice.”

When it comes to his favourite features, Brad starts at the beginning. “The first and foremost feature I really love is the hybrid mic preamps, because to me the front end of a console is everything. It’s from there, at the beginning, which determines how the mix comes together.
I never need to saturate the signal or warm it up in some way. It starts with the transformer emulation, and you get the analogue characteristics right off the bat. You can never have too much of the transformer emulation. It’s all about warm and fuzzy for me!”

He continues, “From there it’s the onboard Rupert Neve Designs processing, like the Portico II Master Buss Processor, the Portico EQ and compressor, the 754 and 1073, the SILK and plug-ins like the Eventide H3000 and the Bricasti reverb. It’s things that you know and love from the studio. How many records in the 1970s, 80s and 90s were made on a Neve console? It’s that familiar sound. 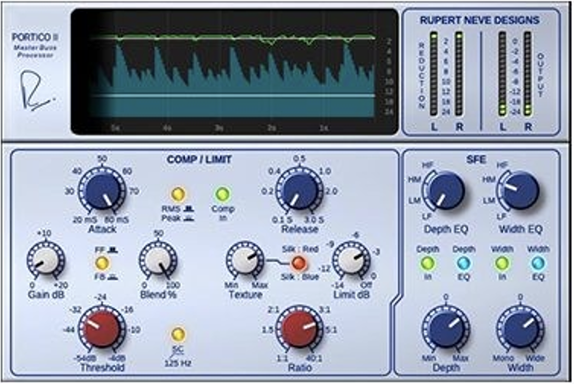 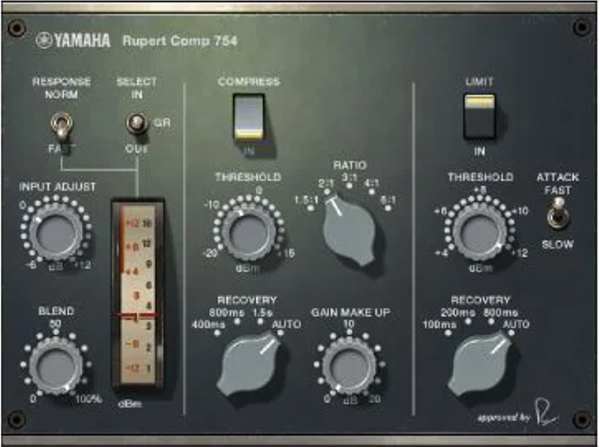 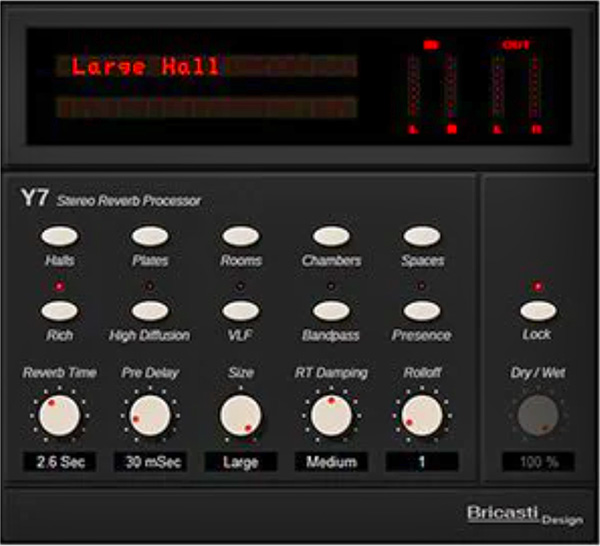 The Y7, Y standing for Yamaha … 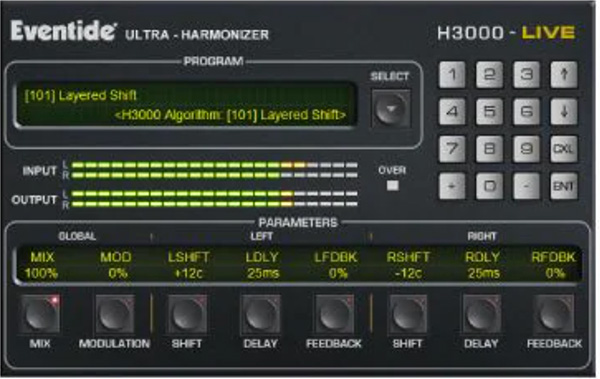 “It took me a little bit to wrap my head around the workflow, but the more you get used to something the easier it becomes,” he adds. “I found that it’s a very comfortable system to mix on and get the show to where things just sound good. I never need to look outside of that.”