With Dynamic Music Distribution, Powersoft offers SIs the ability to scale inputs and zones conveniently and efficiently with dynamic routing capabilities embedded on its amplifier platforms.
This makes it simple to dynamically route music and other signal sources along with control signals between different zones and across multiple amplifiers all independently of source location and without the need for a centralised DSP. 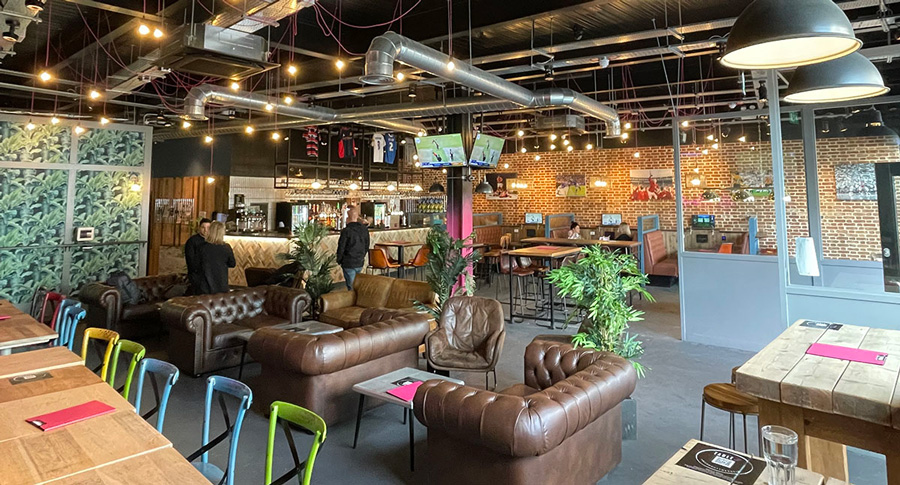 “By using Powersoft’s Dynamic Music Distribution solution, we were able to keep our design simple all the way through, from designing the project to handing it over to the client,” explains Ashley Bond, managing director of system designer and installer MADE Worldwide.

“The client is then left with a powerful start-to-finish solution from a single industry leading manufacturer, providing them with a safe and secure audio system that’s really going to push through.”

Matches Sports Bar – located at Elwick Place in Ashford, around 95km south of London – opened in June and has been doing roaring business ever since. 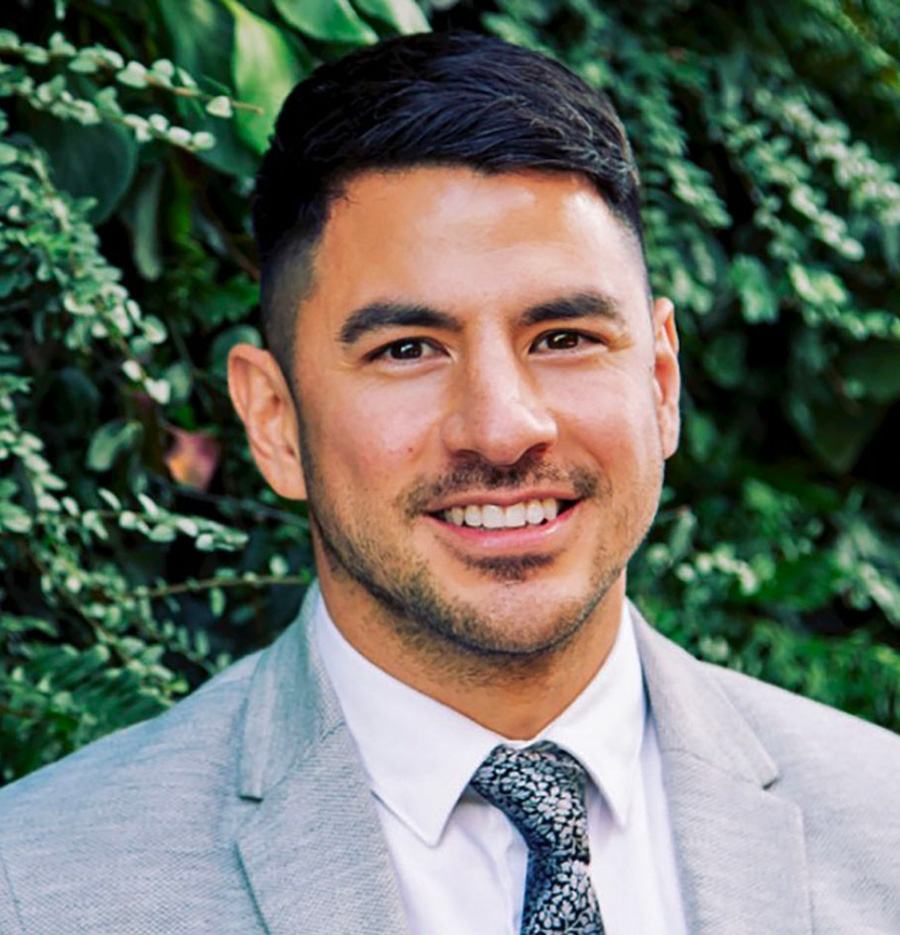 Jon Shephard, Matches’ owner, says the concept for the venue is to combine “all the best bits of the bars I’ve been to throughout my life, all into one place” to create the “ultimate sports bar experience”.

With a single four-channel Mezzo amplifier now able to drive up to four independent zones of audio, thanks to Powersoft’s new ArmoníaPlus 2.2 software release, the DMD ecosystem was the natural choice to bring to life Shephard’s vision for the venue, with a “tailored sound experience in each individual area” he explains.

“In the main bar area, we wanted a system where customers could really feel like they’re in the stadium watching the match live. However, once that match is finished and we turn the [TV] sound off, we want to get the music pumping – to turn it up loud and have no loss in quality with regards to the audio. And believe me, if you come here on a Friday and Saturday night, you’ll definitely experience that.” The two Powersoft Mezzo amplifiers are responsible for managing the audio throughout Matches, including in the corridor and washrooms. 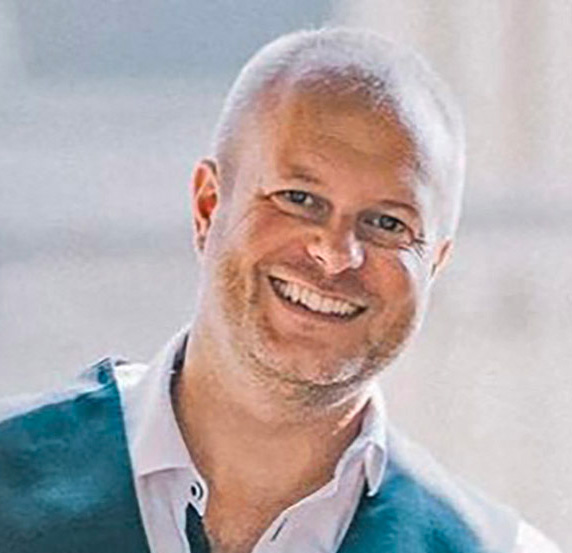 Powersoft’s UK distributor, CUK Audio, supplied MADE with the Mezzos and WM Touch, as well as the AUDAC loudspeakers (ATEO wall-mounted speakers, CIRA ceiling speakers, and BASO10 and NOBA8 subwoofers) the amplifiers power.

Its installed AV channel manager, Steve Barton, says multiple output options like those on the Mezzo 604 AD were essential for a venue like Matches, where a single amplifier is able to power both Lo- and Hi-Z loudspeakers.

“The Powersoft amps have up to four channels running 600W, with full Power Sharing across all the channels. And the key here is that they can do low impedance and a 100V line on the same amplifier, all using the integral DSP – in a half RU space – so you can fit a heck of a lot of processing power in a really, really tiny space.” 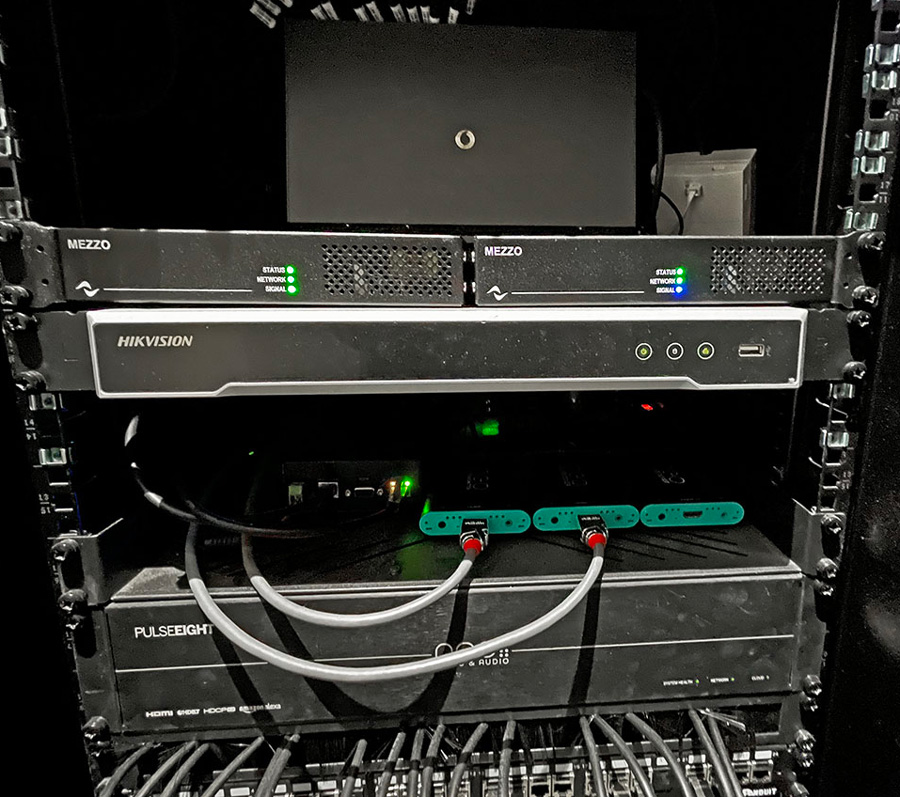 “One of the challenges on this project for us was to keep everything nice and tight with a small-rack install,” adds MADE’s Bond. “Because the Mezzos are so small in the rack, we were able to fit three satellite boxes, and an AUX input, so we could come in and throw [sound] around in different zones and make it easy for the client to use.”
Despite its high spec, the Powersoft system is so competitively priced that recommending it to MADE for the Matches project was very straightforward”, ends Barton. 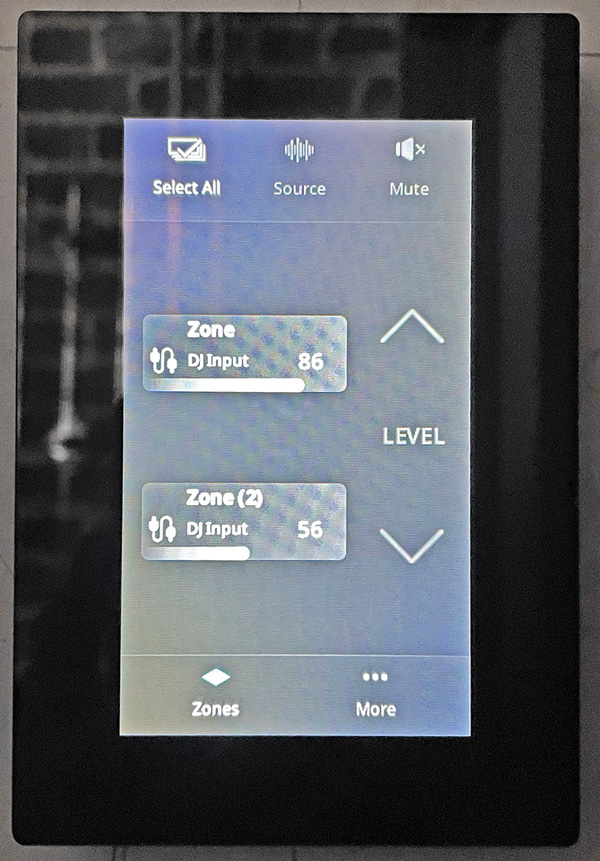 Shephard says he is “delighted with the AV system we have in Matches. The WM Touch system is super user-friendly we have a control panel behind the bar, which any of our staff can log on to and be able to change the audio in a couple of clicks.
Plus, the training [from MADE] only took a minimal amount of time – no more than half an hour – because it’s so simple to use.”

In fact, so impressed were the MADE team by the system installed at Matches that the company is already speccing an almost identical system for several upcoming projects.
“That’s off the back of how strongly it’s performed at Matches,” Bond continues.
“It’s definitely become our go-to solution for hospitality projects – so much so that we even hold stock of it just to have it when we need it.” 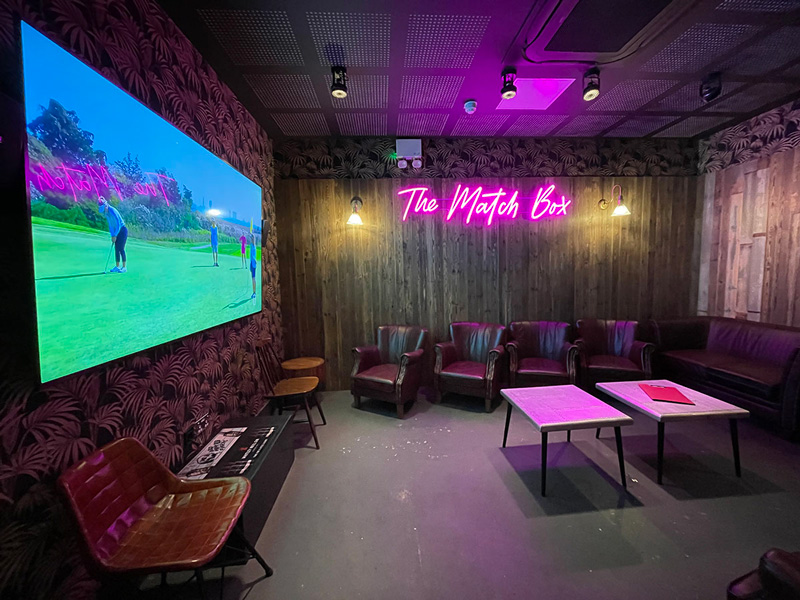 Equally important as its equipment’s technical prowess are the people at Powersoft, adds Barton of CUK, which has been distributing the brand in the UK since 2008. “It’s not just about the products, it’s about the relationships, and the guys at Powersoft are fantastic,” he concludes. 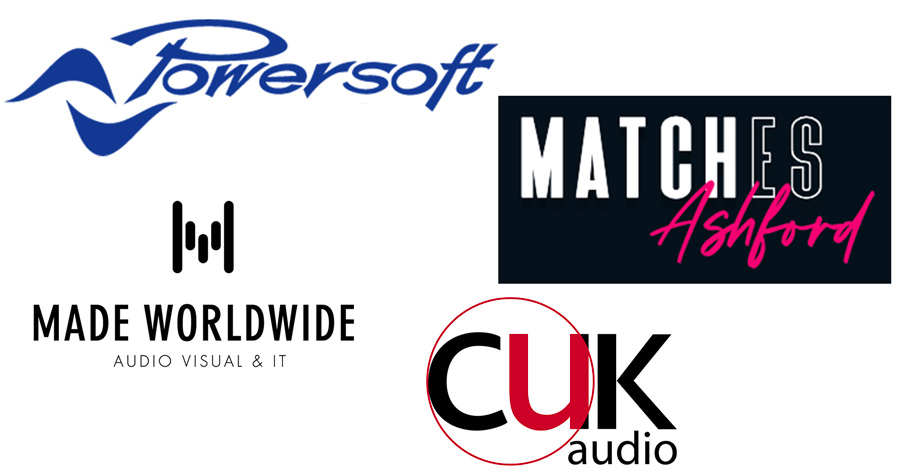 “They’ve demonstrated time and time again that they’re approachable, personable and flexible, which is exactly what you need in a working relationship. And it’s a rare combination to find a top-level manufacturer that has such fantastic people working for them.”