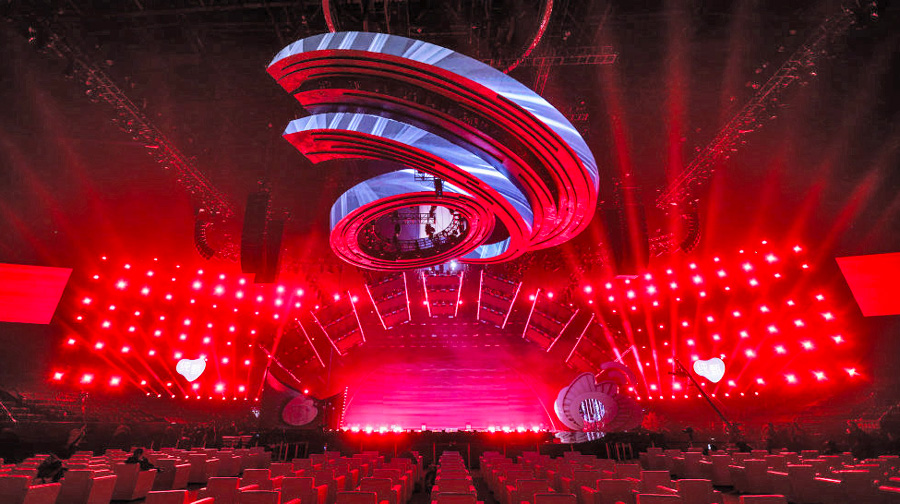 Since 2004, fans eagerly anticipate the Weibo Night award show, which celebrates Asia’s biggest entertainment stars in a live event broadcast to millions.
This year’s event was live streamed on social networking platform Weibo and broadcasted on Dragon Television from the Mercedes-Benz Arena in Shanghai. Stage right. The main system and 10 Kara II as side fills.

This year’s gala hosted the nation’s most popular stars and industry executives, who experienced the six-hour extravaganza over an L-Acoustics K Series audio system provided by Pro Group. 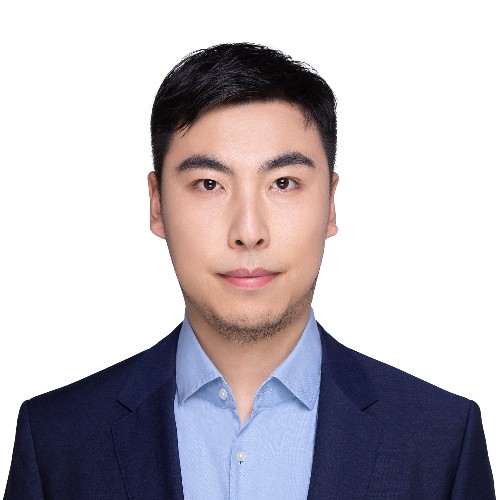 For the past 16 years, Shanghai-based Pro Group has supported countless live events across China, working with the nation’s top audio professionals.
In 2020, Pro Group became China’s latest L-Acoustics Rental Network Partner, purchasing their system through L-Acoustics Certified Provider Distributor, Rightway Audio Consutants (Racpro), whose team also supported Pro Group for Weibo Night.
Racpro and Pro Group used L-Acoustics Soundvision 3D modelling software to design the perfect system for the massive production at Mercedes-Benz Arena. “We’ve been to this venue many times before, so we had it laid out already in Soundvision,” explains Nan Hu, Marketing Director of Racpro.

For Weibo Night 2021, a massive round stage, topped with a giant, metal-crafted Sina Weibo eye logo which took centre stage above the main floor of the arena. “When the stage design was sent to us, we were able to add it to our venue file and easily plan an audio system design that made perfect sense for this intricate production,” say Hu. 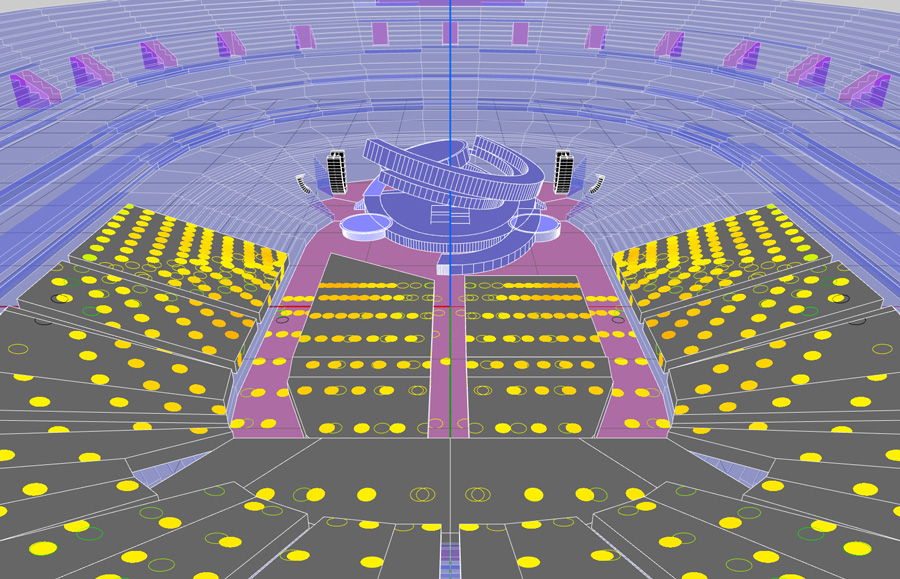 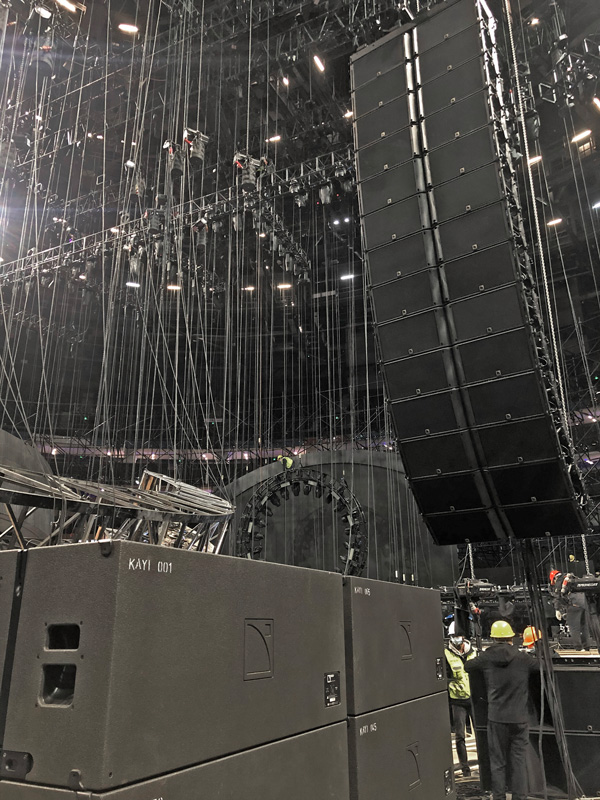 Fourteen K2 and eight SB28 subs per side, rigged up and ready to be flown.

The sound design consisted of 14 L-Acoustics K2 topped by eight SB28 subs per side. Four Kara II, with two X8 coaxial were used as front fills. Twenty additional Kara II were used as side fills.
Syva and Syva Low were discreetly placed just behind the award presentation backdrop, to ensure presenters never missed a stage cue.

Hu adds, “With its wide coverage, visual discretion and plug-and-play installation, Syva helped us to address both side stage audience and backstage needs for Weibo Night.”

Due to the exclusivity of the gala event, most of the second and the third-tier stands were empty, leaving large swaths of area that could pose reflection challenges, but Hu explains that they were able to anticipate and overcome this challenge using the Panflex technology of L-Acoustics. 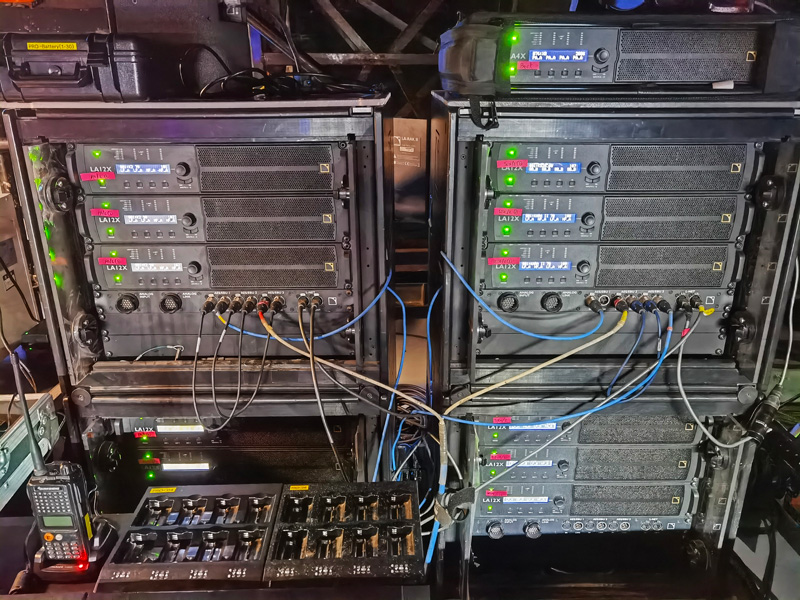 The LA12X for half the main rig and side fills.

“The top boxes of the Kara II front fill hangs used a 90° angle, to keep sound away from the walls and empty spaces, and the bottom cabinets used the wide, 110° angle to give even coverage over the audience area.”

Mr. Xi Pei, the Director of Sound for the award show and the lead engineer for this event, Mr. Shao Yong were thoroughly satisfied with L-Acoustics system performance.
“A superior L-Acoustics sound system like the one used for this show, guarantees that the production and presentation of the award ceremony goes well,” says Mr. Shao Yong. “The L-Acoustics system did a fine job of supporting an event graced by some of China’s most popular media stars.”

Find out more on RAC Pro at www.racpro.net and on the L-Acoustics website