Mr. Rupert Neve’s impact on the audio industry can hardly be overstated. It’s no exaggeration to say that millions of people worldwide listen to music every day that was produced using equipment incorporating Rupert’s designs somewhere in the process, from the vocal recording to the final mix, if not from beginning to end. 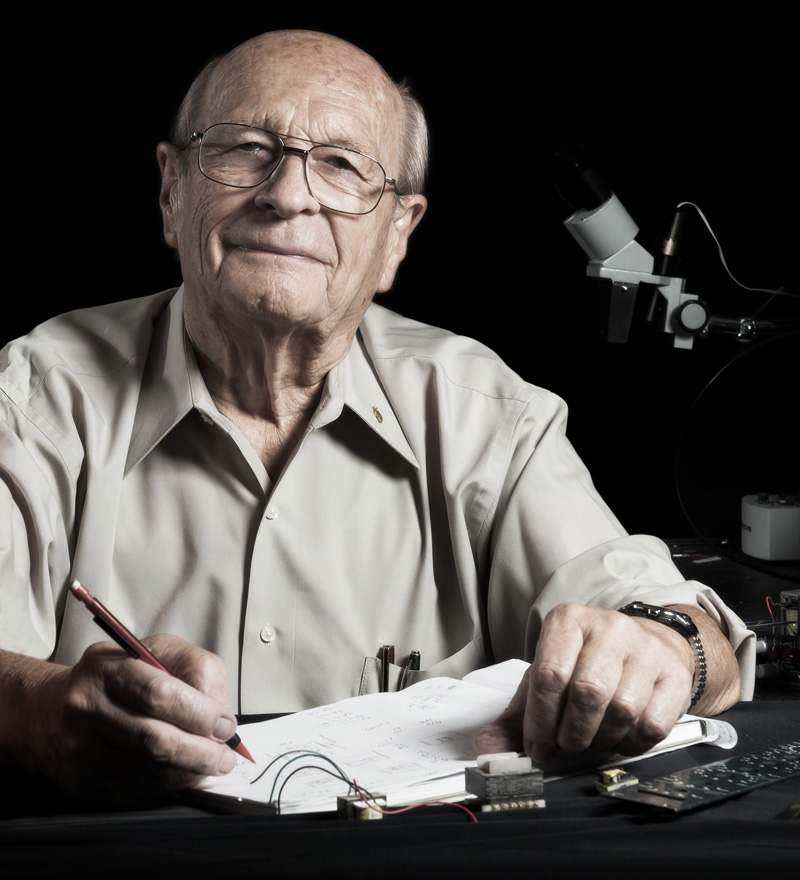 His designs, ranging from large-format mixing consoles to compact 500 series modules, are ubiquitous, and may be found anywhere from the largest production facilities to the most basic home studios. His audio hardware designs have also been reproduced as software plug-ins, making them available to anyone with access to a computer.
Rupert and his wife, Evelyn, moved to Wimberley in late 1994 and became U.S. citizens in 2002. In 2005, they acquired premises near where they had settled in the Texas Hill Country and established Rupert Neve Designs (RND).

Born in Newton Abbott, England, in 1926, Rupert showed an enthusiasm for electronics from an early age, repairing and building radios as a boy while growing up in Argentina.
At the age of 17 he volunteered to serve during World War II, joining the Royal Signals, which provides communications support to the British Army. Returning to civilian life in England, he built a mobile system to record choral groups and public events onto lacquer disks. He also supplied public address systems for events involving Princess Elizabeth, now Queen Elizabeth II, and Winston Churchill. I know many artists that were waiting for his arrival, somewhere up there…

The company manufactures the 5088 analog mixing console and a range of rackmount and desktop processing, summing and other equipment, including the Portico, Portico II, and Shelford lines. In 2012 RND began producing equipment in the 500 series form factor and in 2018 Rupert released his first digital design, the RMP-D8 Dante-networked multichannel microphone preamp.
Rupert’s contributions to the professional sound industry were recognized with a Lifetime Achievement Technical GRAMMY Award in 1997, an Audio Engineering Society Fellowship Award in 2006, 16 TEC (Technical Excellence and Creativity) Awards for Rupert Neve Designs products, and Studio Sound magazine’s Audio Person of the Century Award, in 1999. 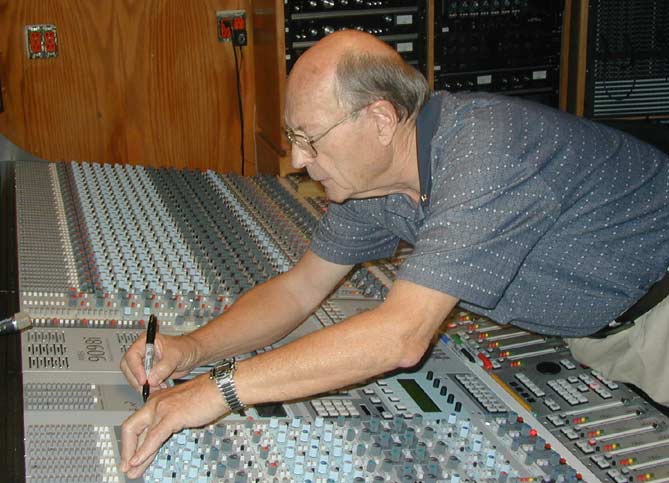 Rupert Neve doing an autograph on one of his consoles.

After working for Rediffusion, Ferguson Radio and a transformer manufacturer for a time, Rupert set up his first business, CQ Audio, manufacturing home hi-fi amplifiers and loudspeakers.
In 1960, a composer in Ireland commissioned him to design and build his first audio mixing console the piece of equipment with which he ultimately became synonymous. In 1961, Rupert and his wife established Neve Electronics.

Adopting the latest technology, Rupert designed his first transistor-based equalizer in 1964, then produced his first transistor mixing console, for Philips Records’ studios. In subsequent years, he designed and manufactured many of the iconic pieces of equipment for which he has since become celebrated, such as the Neve 80 and 50 series mixing desks.
Years later, individual microphone preamp, equalizer and processing modules originally incorporated into those consoles, such as the 1073 and 1081, became highly prized for their sonic character. The relative scarcity of original modules has spawned a host of boutique manufacturers making reproduction units.

Rupert and Evelyn sold the Neve Companies in 1975, by which time they employed 500 people worldwide with manufacturing locations in England and Scotland and sales offices across North America. Austria’s Siemens Corp. subsequently acquired the Neve brand from its new owner, later selling the company to AMS in England.

Rupert and Evelyn, now operating as ARN Consultants, established Focusrite Ltd. in 1985, producing outboard equipment and a large-format mixing console, of which just eight were made. One of them can be found at the Sound City Setagaya Studio in Tokyo.

Part of the mission of ARN Consultants was to provide sound reinforcement and acoustics solutions in difficult environments such as churches and cathedrals. Rupert also developed techniques and equipment to enable the building of low-budget studios around the world.
During the 1970s and ‘80s, he established the Cambridge Radio Course, an intensive residential course intended for Christian workers using radio to educate, inform and entertain their communities.

ARN Consultants moved on to work with Amek Systems and Controls Ltd. in Manchester, England. Rupert’s first design project was “The Equaliser,” a stereo mastering EQ produced by Amek under the Medici brand.

That led to further collaboration with the manufacturer and the development of another large-format mixing console, the Amek 9098, and a line of outboard equipment derived from the analog desk designs. Rupert’s Transformer-Like Amplifier (TLA) design was integrated into several Amek mixing console lines. One of the 3 famous consoles designed for AIR Studios 1978, now in Bryan Adams’ studio, Vancouver.

ARN Consultants, now operating from Wimberley, Texas, worked on a number of projects, including Legendary Audio’s “The Masterpiece,” a modular mastering system. Rupert also became involved in the MI (musical instrument) market for the first time, designing a preamp and pickup assembly for Taylor Guitars. In 2011 he partnered with sE Electronics to design the Rupert Neve Signature Series of active ribbon, condenser, and tube condenser microphones. 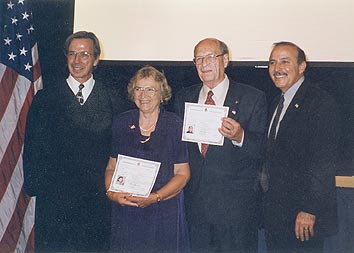 In 2002 Rupert and Evelyn Neve became US citizens.

In 2011, Yamaha launched the first Rupert Neve Designs plug-ins, approved by Rupert, for its Steinberg platform. The plug-ins, emulations of the designer’s current and classic module circuits, have also been integrated into Yamaha’s CL Series and Rivage PM10 digital consoles for live sound production, another first for Rupert.
Rupert is survived by his wife of nearly 70 years, Evelyn; five children, Mary, David, John, Stephen, and Ann; nine grandchildren; and five great-grandchildren.

Yamaha is saddened to hear of the passing of an audio industry icon Rupert Neve.
Pure musical excellence was brought to audio engineers, producers, and musicians through his creations.
Rupert set the standard for quality in audio for broadcast, recording, live sound, and other segments in the music industry.
We are honored and grateful to have worked closely with Rupert and Rupert Neve Designs in bringing his products to Steinberg and to the Yamaha live sound world.