innovative, go-for-it entrepreneur, Johnny Palmer, the founder and manager of Pytch, opened a string of livestream studios during the height of the pandemic. He works hard to keep these creative flames glowing throughout his well-established event company, even when it means buying the fuselage of a Boeing 727 jet liner and parking it on shipping containers in his warehouse lot. It was on a trip to Cotswold Airport to look at a private jet that he came across the Boeing 727. The plane instantly caught his attention. “I saw this beautiful old bird and thought why not,” he recalled. “So, I got permission from our local planning commission and agreed to a price with the owner. Once that was done, we had to figure out how to get the plane to our facility.” 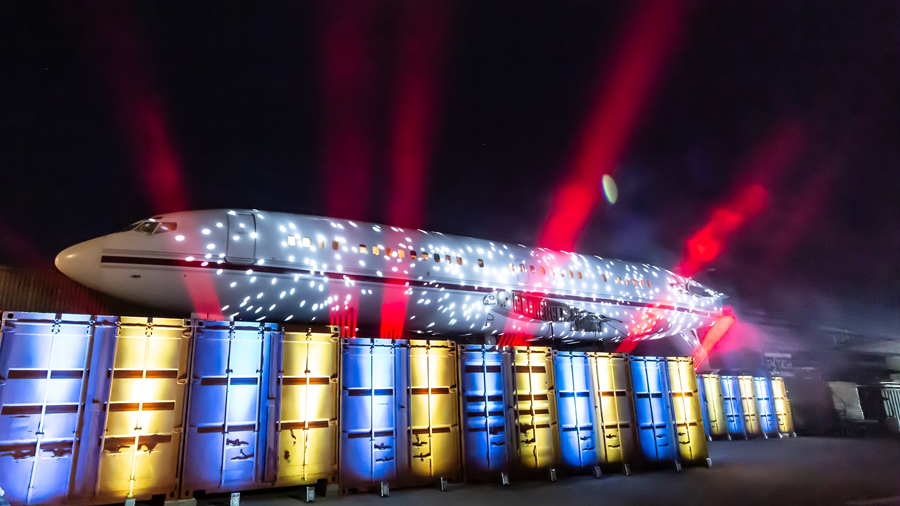 Transporting the 40-meter long 27-ton plane roughly 40 miles from the airport to Pytch’s headquarters in Brislington was an adventure onto itself. Navigating the small, winding country roads was a challenge. Then there was the bridge overpass that was too low. In the end though, the aircraft made its way just fine, garnering plenty of publicity en route. 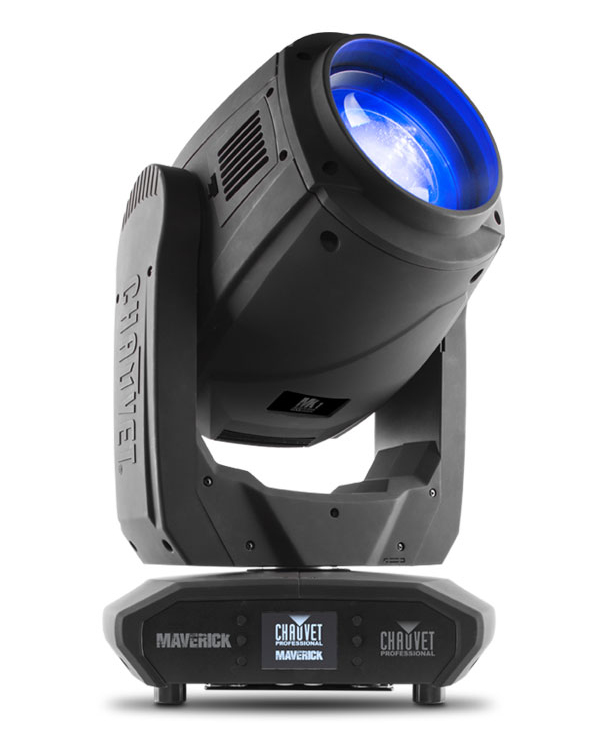 Having the plane on site inspires wonder and creativity, just as Palmer intended. This was evident soon after the aircraft arrived at Pytch, when the company’s Pytch Labs team used it as a cylindrical canvas for a nighttime lightshow featuring CHAUVET Professional fixtures.

Around the base of the plane, they arranged eight Maverick MK1 Hybrids, eight Rogue R1FX-Bs and 10 STRIKE P38 units. These fixtures elevated the more than half-century-old aircraft to new heights (visually) covering it with multi coloured beams, swirling gobo patterns and giant sweeps of light.

Positioned on the tops of the containers at the front and rear end of the plane, the 440W Maverick MK1 Hybrid was used as both a spot and beam to create stunning areal effects around the craft, in addition to decorating the fuselage with gobo patterns of various striped configurations. Also enlivening the plane and giving it a celestial feeling were brilliant white spots created with the Strike fixtures.

The linear Rogue R1 FX-B fixtures were also placed on the container tops along the length of the plane. In addition to uplighting the aircraft in a range of colors, the RGBW fixtures were used to create dynamic areal effects. Drawing on the pan and tilt movements of the fixture’s five independently controlled moving heads, the Pytch team was able to move light beams around the plan in a variety of different directions. 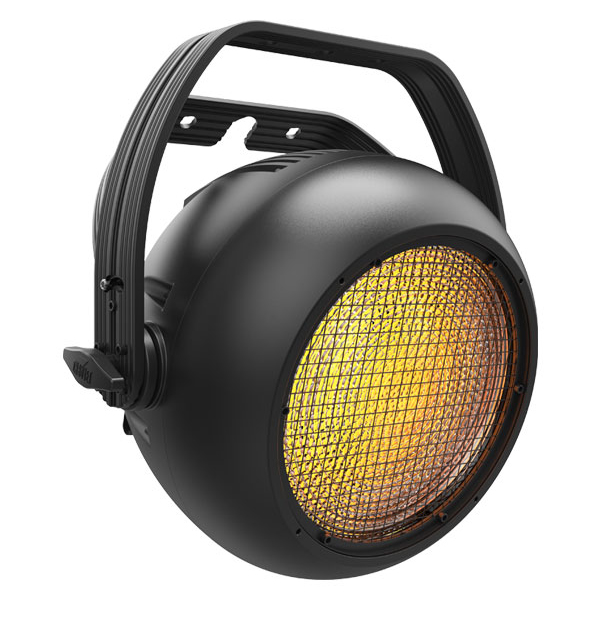 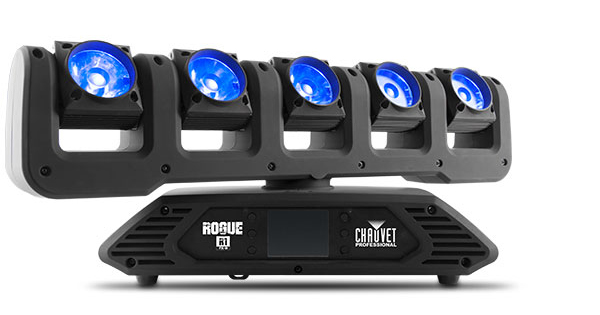 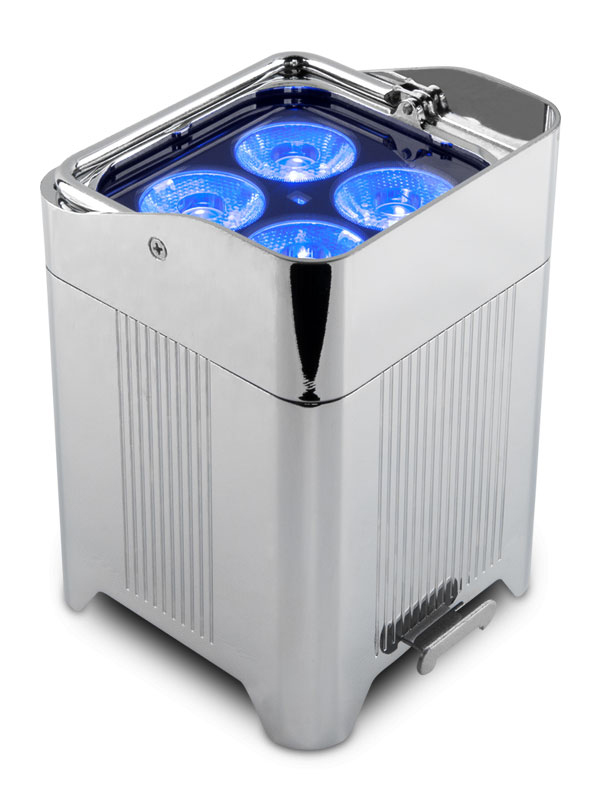 Adding to the atmosphere were the 30 Well Fit fixtures used to uplight the metal containers holding the plane. The Pytch team was able to set widely different tones around the pane by bathing the supporting containers in a rainbow of colors from amber, to deep blues and greens.

“Our team prides itself in pushing the envelope to develop new ways of creating moods and impressions with light,” said Palmer. “Using a plane as a canvas for light was a great exercise.
There were some novel challenges. Since the fuselage is round, light stretches when it hits the curve. Addressing these issues was a good thing for us as designers.”

Although this lighting display was a one-off to welcome the plane to its new home, Palmer says it will be repeated for special events.
In the meantime, the plane provides a unique background for video shoots, and functions as a site for client meetings and livestreams. It also serves as the site for some of the Pytch team’s most creative brainstorming sessions.

There amidst the thrust levers, instrument panels, and galley bins, the Pytch teams’ minds are free to wander into that wonderfully childish state of imagination where anything seems possible. It’s a place where the best ideas often happen. 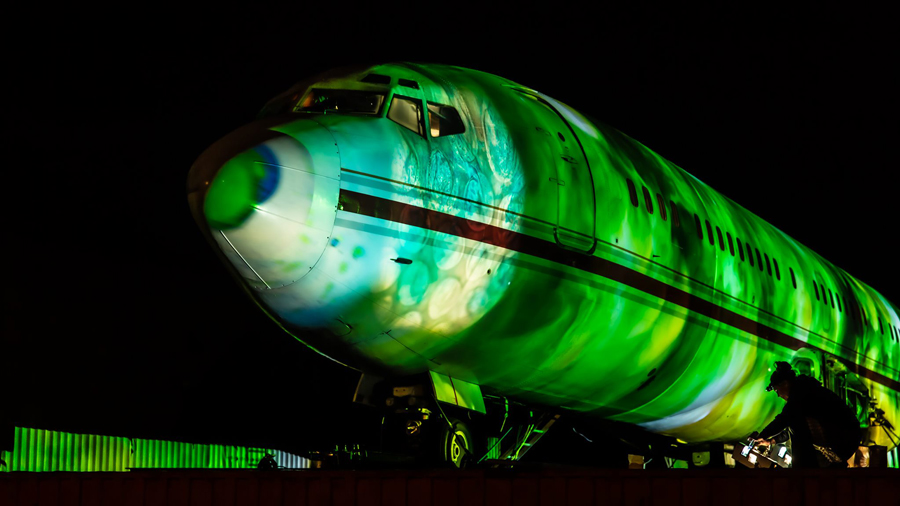