Tears for Fears has wrapped the North American leg of their Tipping Point World Tour 2022 in support of the duo’s comeback album of the same name. Curt Smith and Roland Orzabal treated fans to favourites from their new album as well as classics from throughout the years in an amphitheatre tour with lighting design by Joe Cabrera II who chose 48 Ayrton MagicBlade R fixtures for effects lighting. This leg of the Tipping Point World Tour 2022 kicked off at the end of May in Cincinnati and concluded a month later in New York’s Jones Beach. The duo’s eponymous album, their first since 2004’s Everybody Loves a Happy Ending, was released earlier this year.

Cabrera, of Los Angeles-based Flash and Trash Works, served as lighting programmer on Tears for Fears’ previous two tours. He stepped up to fill lighting designer and programmer roles on the new tour whose production design was by Butch Allen of Blame Funnel Creative.
Picking up on the circular motifs from Tears for Fears album artwork, the show design featured a 30-foot circle of truss upstage of the band and tipping down slightly over them. Echoes of that circle appeared in pairs of concentric circle truss at stage left and right. A projection surface behind the drummer occupied a large portion of the stage. 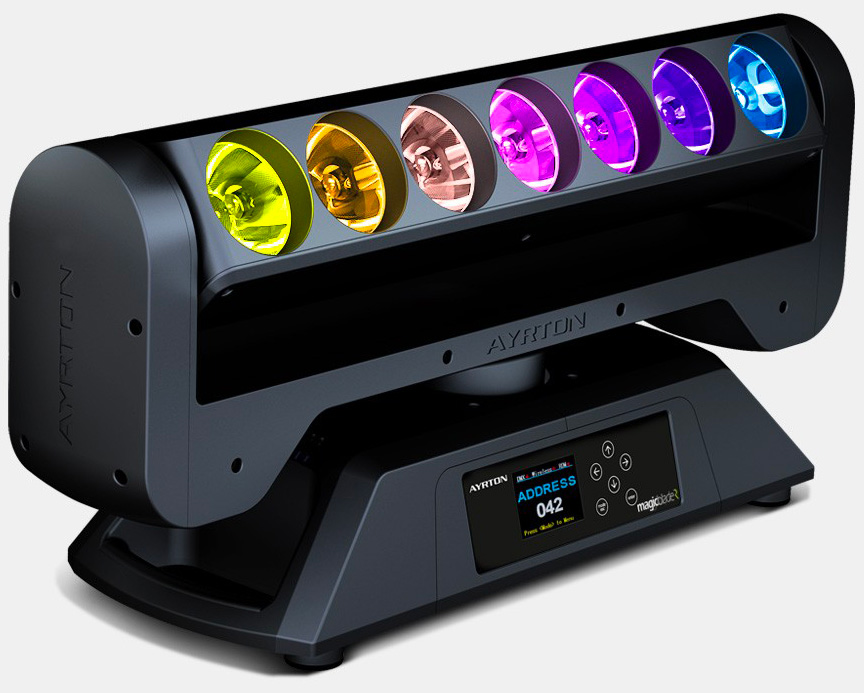 To provide effects lighting for the show Cabrera mounted 24 MagicBlade Rs on the outside of the main circle, seven on each of the larger echoes and five on each of the smaller echoes. PRG Nashville, the tour’s lighting vendor, furnished the fixtures.

Like many Ayrton fixtures, the MagicBlade R offers infinite pan and tilt rotation. Its unique feature is a linear array of RGBW LED sources in-line, with an extremely narrow 4.5 degree beam which allows for the creation of consistent, structural light curtains. The MagicBlade’s narrow beam and intensity gives designers the ability to create all kinds of virtual decor.

“I had worked with MagicBlades before as a programmer, including on Jennifer Lopez’s 2019 It’s My Party tour,” says Cabrera. “For this tour I was looking for a fixture that was small but fast and had the ability to do infinite pan and tilt – I knew certain songs were going to take advantage of that. The overall look of the show has quite a bit of kinetic movement, and the MagicBlades helped capture that. They also had enough power so you could see the beams and individual pixels in each Blade against the haze. I could get a lot of shapes and effects out of them, almost like using multiple fixtures.”
He explains that in the song My Demons from the new album “there were a lot of staccato movements which drove the energy, and the Blades’ infinite pan for the chorus caused a whole lot of chaos and fun and got a big crowd reaction.”

Cabrera even got a linear feel from the MagicBlades in Break the Man whose video content featured a lot of angular, Escher-like staircase elements. “I tried to elicit parallel beams and angles off the circular trusses,” he says, “then the song resolved into a very circular feel at the end.”
Cabrera used two grandMA2 full-size consoles and three NPUs for lighting control. ACT Entertainment is also the exclusive distributor of MA Lighting products in North America. “I was very happy with the MagicBlades’ performance on the tour,” he reports. “They did exactly what I knew they could do, and I’m looking to maintain them in the rig when the Tears for Fears tour heads to Europe.”
Caleb Eckerman was the lighting director for the tour.

More information on Ayrton MagicBlade R fixtures and the full portfolio of innovative Ayrton LED products can be found at www.ayrton.eu