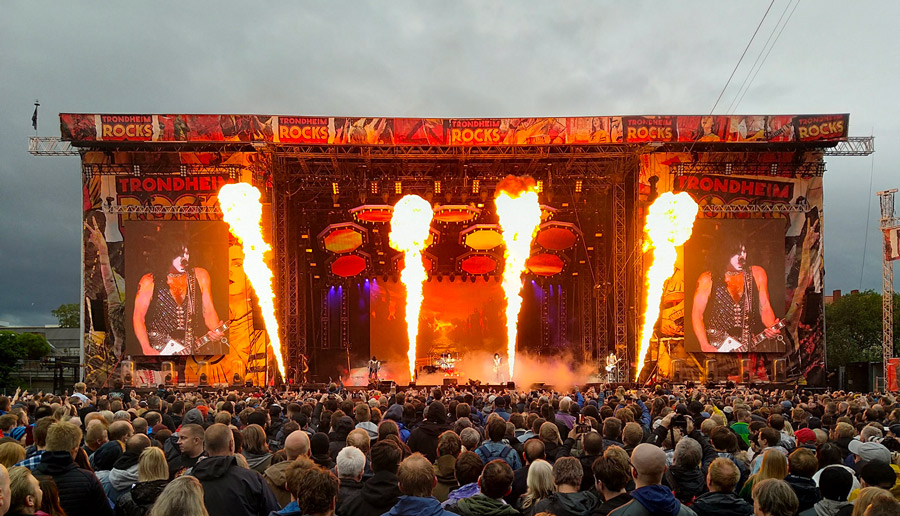 Headlined by Def Leppard, KISS and Iggy Pop, Alcons Audio pro-ribbon systems again succeeded in the difficult task of giving 19000 Trondheim rock fans the volume and clarity they wanted, while keeping levels outside the arena low enough.
Held in the grounds of the Norwegian city’s Dahl brewery, a big part of last year’s success was thanks to the Alcons pro ribbon systems used on both the main and second stages.

This year, the event’s sound was again supplied by Trondheim Lyd, with the power and coverage of the LR28 larger format line array modules again meaning that no delays were needed to cover the 109m deep audience arena.
Last year the system proved so efficient that this time a smaller main stage system was used, comprising 18 LR28 per side, 32 BC543 very high output cardioid subwoofers and 40 LR18 mid-sized line array modules for inner, outer and sidefills.

Six VR12 mid-sized versatile monitors were used for front fill, with the system powered and controlled by 44 Sentinel10 amplified loudspeaker controllers. The secondary stage featured main hangs of 10 LR28 each, with 16 BC543 subs, all powered by 17 Sentinel10s.

As well as the exceptional audio quality produced by the Alcons pro-ribbon drivers, the directivity and all-natural cylindrical wavefront means that the sound pushes through any wind issues and can be very precisely aimed.

“After last year’s great success with the LR28 system, we and the festival management, Trondheim Stage, demanded the same high standard again. It was an obvious choice to use the LR28 for both stages this year,” says Trondheim Lyd audio technician Arnstein Fossvik.
“The LR28 is one of the fastest systems to simulate, rig and optimise. Combined with the exceptional sound quality, coverage consistency and high power, it’s ideal for outdoor rock festivals. The ALControl software also makes it easy to set up and optimise, as well as controlling and monitoring all levels.” 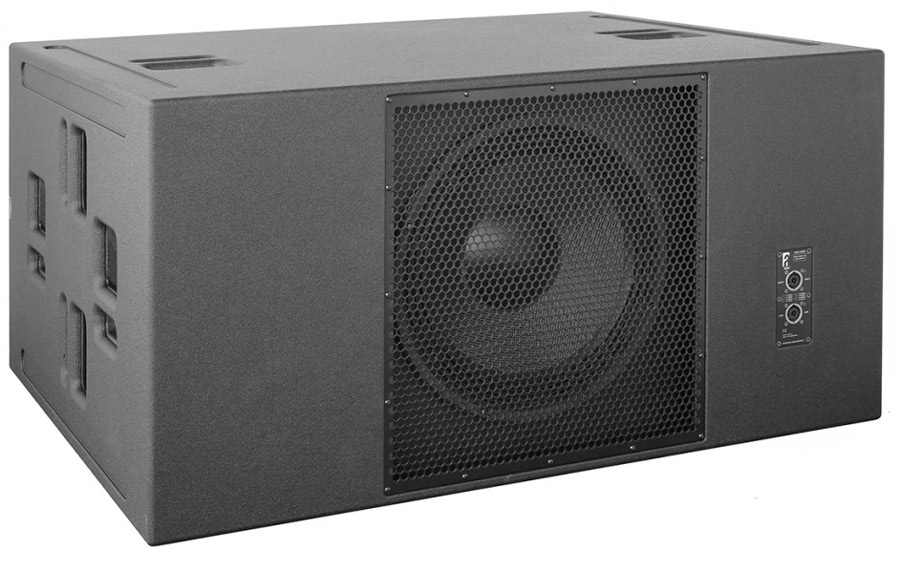 Because the nearest houses are just 20m from the arena, the noise regulations for Trondheim Rocks are strict. However, Alcons pro-ribbon systems meant the Trondheim Lyd team had no problems in complying with them, yet not compromising the audience’s enjoyment.
“We used horizontal sub arrays on both stages and, as the BC543s are self-contained cardioid subs, there was minimal sub-bass leakage outside the audience area.

The LR28 cabinets are also extremely directional, making it easier to keep the energy within the festival area,” says Arnstein. “Most of the band engineers had not heard the LR28 system before, but they were all very impressed by the high sound quality.” Arnstein concluded: “With the ample HF headroom available, corrections on the upper-high frequencies to compensate for the wet conditions, maintaining the high-fidelity and the full 1:10 dynamics, was a breeze.”

“As with last year, we wanted the back of the arena to be quieter, so people could talk while enjoying the bands on both stages, but to maintain the same high sound quality and intelligibility,” adds Trondheim Rocks festival producer Espen Hammer. “Like last year, we had a lot of good feedback from both the audience and press regarding the sound and no complaints at all from nearby residents.” Trondheim Rocks has been one of many highlights in a year full of them for Alcons pro-ribbon systems. 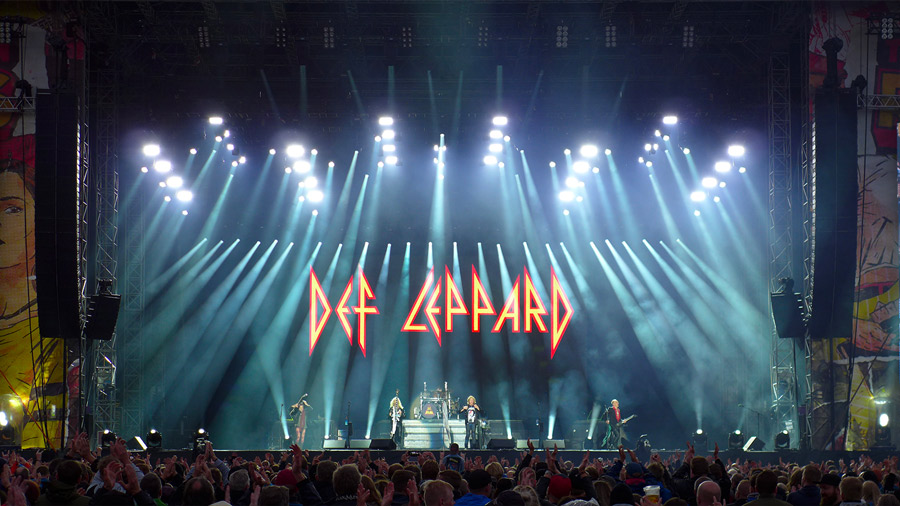 The week before the festival, the LR28 system had been used for Sting, earning generous praise, while other live events featuring Alcons systems have included the Milkshake festival in Amsterdam, Off festival in Poland, concerts and tours by Alan Parsons, Brian Ferry, A-Ha, Turbonegro, Luke Elliot, High as a kite, but also Underworld, Barbara Schöneberger and violinist Nigel Kennedy. The diverse range of artists underlines the versatility of the Alcons pro-ribbon sound systems.