DiGiCo is delighted to announce the release of its latest Version 3.0 software update, dramatically increasing the processing power of its small footprint, cost-effective S-Series consoles. Version 3.0 offers an optional software expansion that significantly increases the channel count from 48 to 60 flexi channels and 24 flexi busses, turning S-Series consoles into an S21+ or an S31+. 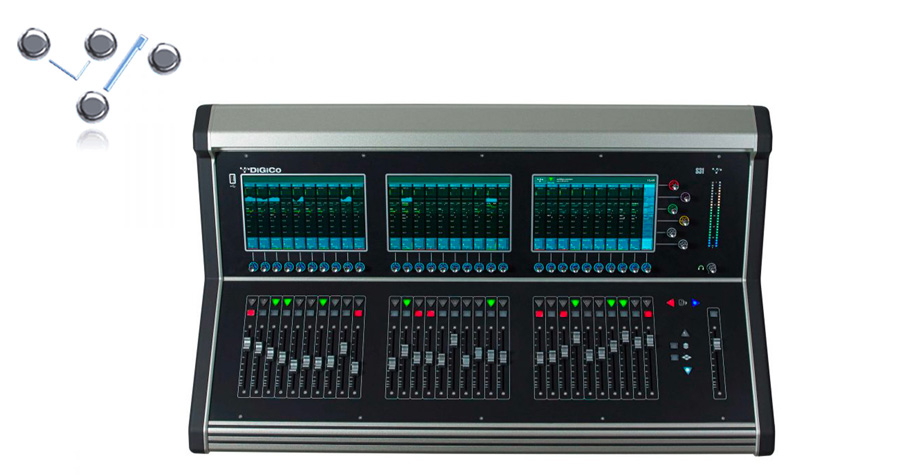 V3.0 includes two new Master Buss configurations: LCR (Left Centre Right) or LRM (Left Right Mono), providing additional control on the channels over the LCR blend or the LRM Mono Gain. LCR or LRM are ideal for running an expanded speaker setup or sending out a mono mix alongside your stereo mix. And increasing the Master Buss size doesn’t introduce any compromises: you still have access to all your busses and channels. 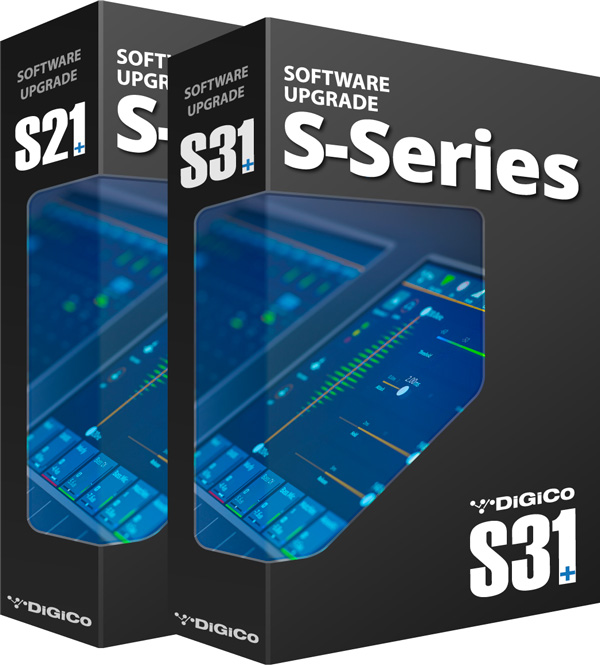 Software version 2.2 introduced OSC Control of Snapshots. Version 3.0 extends the OSC control capabilities to channel processing controls. With the ability to control many aspects of channel and buss processing including EQ and dynamics, this update adds a huge amount of flexibility when integrating your S series console with external remote control systems.

Version 3.0 now adds compatibility for MADI Sample Rate Conversion on the DMI-MADI-B and DMI-MADI-C. SRC allows the S21 or S31 to run at a different sample rate to connected MADI devices, providing useful flexibility when connecting to external MADI devices.
This is commonly used for recording and virtual soundchecks, and for maximum compatibility, both Hi-Speed and SMUX 96k MADI modes are supported. 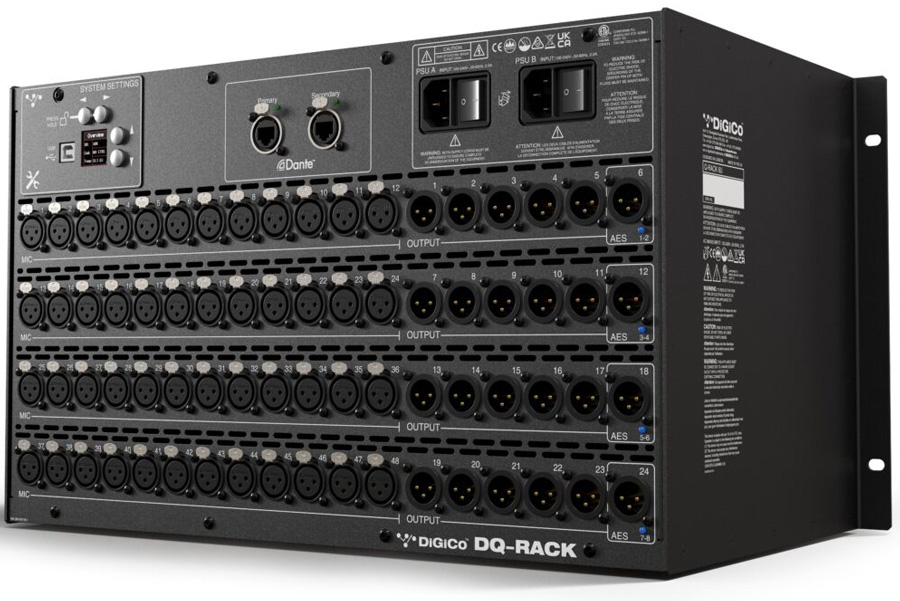 Compatibility for DiGiCo’s Dante based DQ Rack, a compact 48 in, 24 out high-performance Stage Rack, is also included.
When connected to your S Series console via a [email protected] DMI Card, this provides cost effective expansion, which is perfect for both touring and installation applications.
Dante is commonly used for fixed installation and conference AV solutions, so the support of the expanding Dante Rack range with the S21 and S31 consoles is an important step and opens the consoles up to more markets and opportunities.

The S-Series now makes use of GPIO (General Purpose Inputs and Outputs), with both the S21 and S31 featuring a ¼” GPI and ¼” GPO on the back for connection to external devices. GPI can be used to fire a specific Snapshot, or to trigger the previous or next Snapshot.
GPOs are commonly used to trigger external devices with a simple contact closure. Adding a GPO message to your S-Series Snapshots provides simple integration options as the contacts can be programmed to either open or close with each Snapshot. With a Snapshot being fired you could use GPO to trigger a projector being lowered, or dim or brighten the house lights. Dynamic EQ is a powerful processing feature built right into the channels and provides the ability to control the amount of EQ being applied to a signal, based on the level of the signal. This is often used to solve audio problems like the proximity effect, or to de-ess a signal. Version 3.0 software adds ganging of this function across multiple channels, a useful time saver when mixing a lot of similar inputs that all need a similar treatment.

When mixing, it is useful to have a single tap control that sets the delay time across all your delays. With version 3.0, the Ten Tap Delay effect can now be added to the Global Tap Delay, so no matter which internal delay effect you are using, you always have access to the control you need.
Finally, since all channels on the S21 and S31 are flexi channels (meaning they can be either mono or stereo), the optional software expansion allows up to 120 inputs to be processed across the 60 stereo channels, and 48 output processing paths across the 24 stereo groups or auxes. It also includes the previously mentioned Master buss (including the new LCR and LRM configurations) and standard 10 x 8 Matrix. “Our aim is to always give our consoles a long lifespan and maximise return on investment,” says DiGiCo Managing Director, Austin Freshwater. “Our software upgrades allow our consoles to not only keep pace with what engineers need now, but anticipate what will be needed in the future, meaning your DiGiCo consoles are always a step ahead.
This is exactly what we’ve done with Version 3.0 for the S-Series, which not only seriously expands the channel count of the S21 and S31, but adds some really useful features that will take S-Series into new markets.”

Version 3.0 is free to all S-Series owners and is available at www.digiconsoles.biz

To purchase the channel expansion pack, visit the DiGiCo Shop