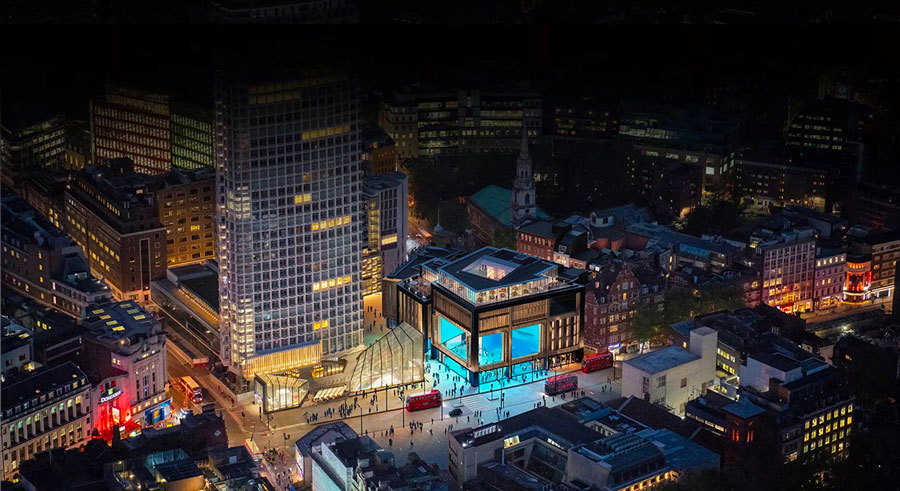 Walking into the Now Building at Outernet, it may be the world’s largest wraparound video display, with over 2,000 square metres of 16K LED screen to show immersive video content. And while it certainly catches the eye, the ears are in no way left wanting.
Equally remarkable is the L-ISA immersive audio installation of 200 loudspeakers that plunge visitors into an immersive soundscape.

The Now Building, Outernet’s centrepiece, is used both as an expansive indoor/outdoor walkthrough space and as a closed venue that can host art installations, live concerts, film premiers, or any event the creative mind can imagine. In either configuration, Outernet is poised to bring a magnificent real-time spatial experience to a projected number of over 400,000 people passing through the space each day. 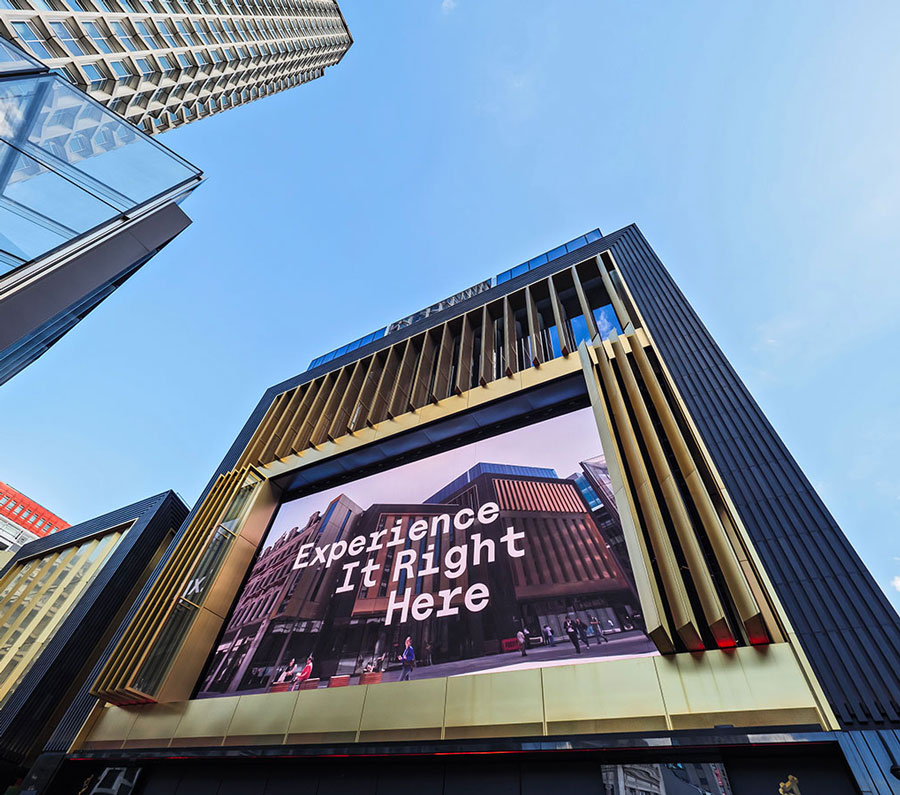 The Outernet London story started when Consolidated Developments bought a large part of Denmark Street, known affectionately as the UK’s Tin Pan Alley, with the intention to convert this piece of prime London real estate into an innovative, mixed-use development.

Whilst Outernet is technologically mind-blowing, the site has been treated with sensitivity, with the all-important façade of Denmark Street fully preserved. In fact, from Denmark Street, the only hint of its existence is its unassuming, erstwhile alleyway entrance. Stepping through, however, reveals the Now Arcade, lined floor-to-ceiling-to-floor with LED panels and loudspeakers, a precursor to what lies beyond. 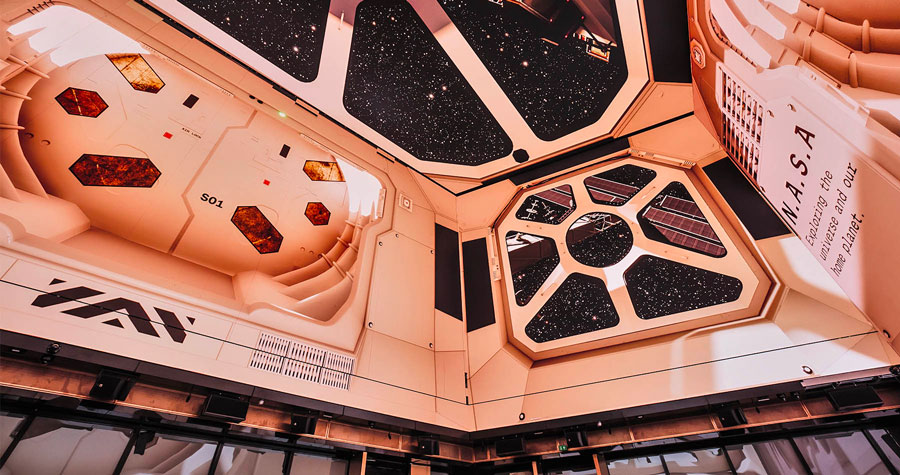 As well as the Now Building, Outernet includes Now Trending, a product sampling, interactive exhibit, and broadcast programme space capable of both VR and XR experiences. Now Pop Up 1 and 2 are adjacent to the Now Building and can accommodate pop-up shops or merchandise outlets for performing artists. 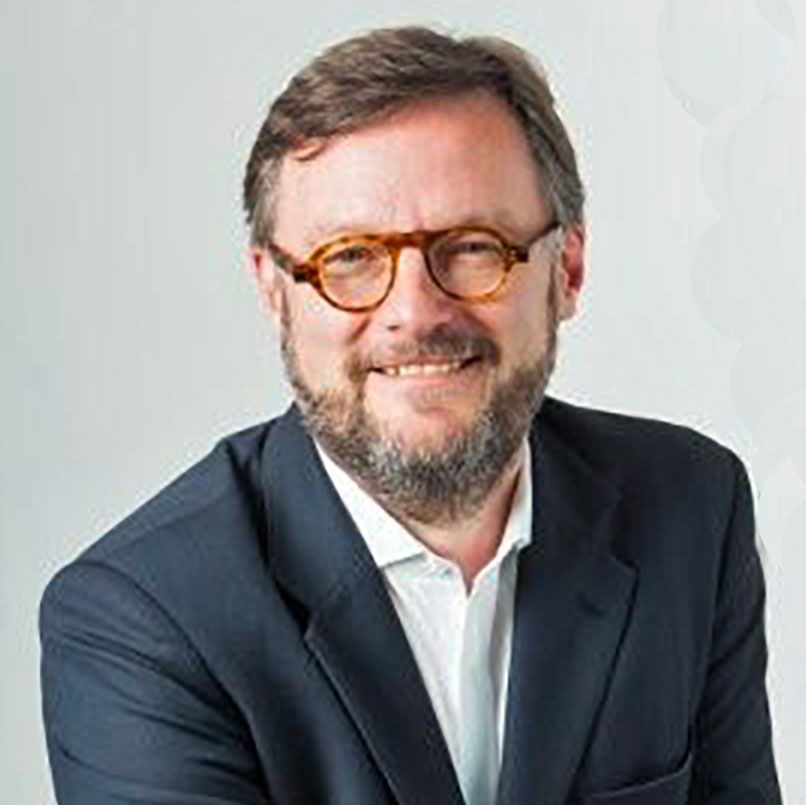 “Part of our creative brief was to deliver a multi-sensory immersive experience where visitors can see, hear, and even sense the aroma of the experience unfolding in front of them,” explains Whittaker.
“Our technical challenge was to create a ‘tech stack’ that would work seamlessly across innumerable applications and types of events, day after day. We needed to match the immersive video with immersive sound. For me, the sound was vitally important as it lifts the pictures off the walls and makes the hairs on people’s necks stand up.” 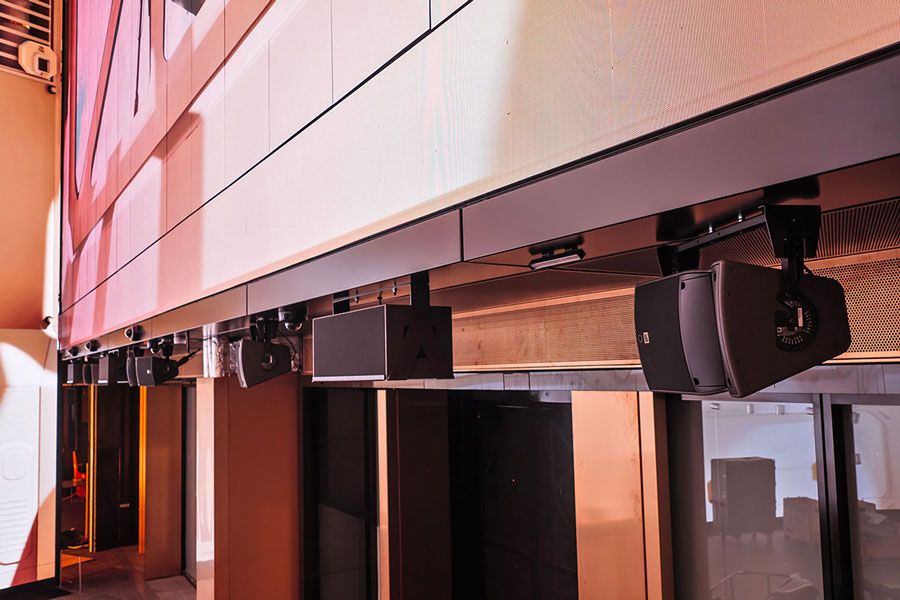 The LED screens that line the Now Building create a giant glass box. To complicate things further, two of the four sides of the screen ‘room’ can be slid aside, transforming the venue from an enclosed room to an indoor/outdoor walkthrough space that faces a small plaza adjacent to one of the entrances to Tottenham Court Road tube station. 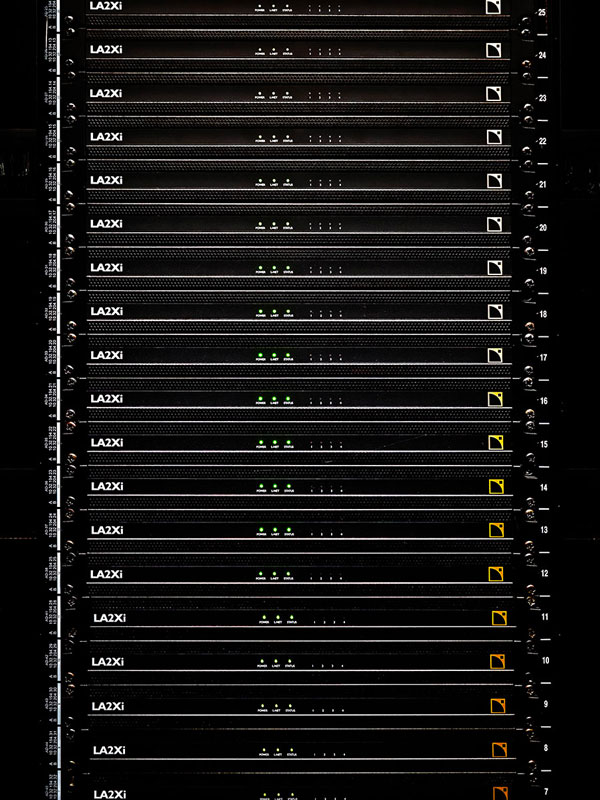 As a result, the acoustical elements had to be carefully planned to adapt to any of the venue’s configurations whilst also being mindful that the site is in a mixed-use residential/business area. “We need to be considerate neighbours,” notes Whittaker.
Working alongside L-Acoustics from early in the project, SSE Audio, part of the Solotech Group, installed around 200 L-Acoustics cabinets across Outernet’s five ground-level performance spaces.

“With such a complex architectural structure, it’s important to get L-ISA to ‘know’ what condition the space is in. Ensuring we can work with its multiple configurations acoustically is vital, both for live and pre-recorded music,” says SSE Audio’s Senior Project Development Manager, Dan Seal, who worked alongside both L-Acoustics and Auditoria consultant Scott Willsallen on the sound system design. 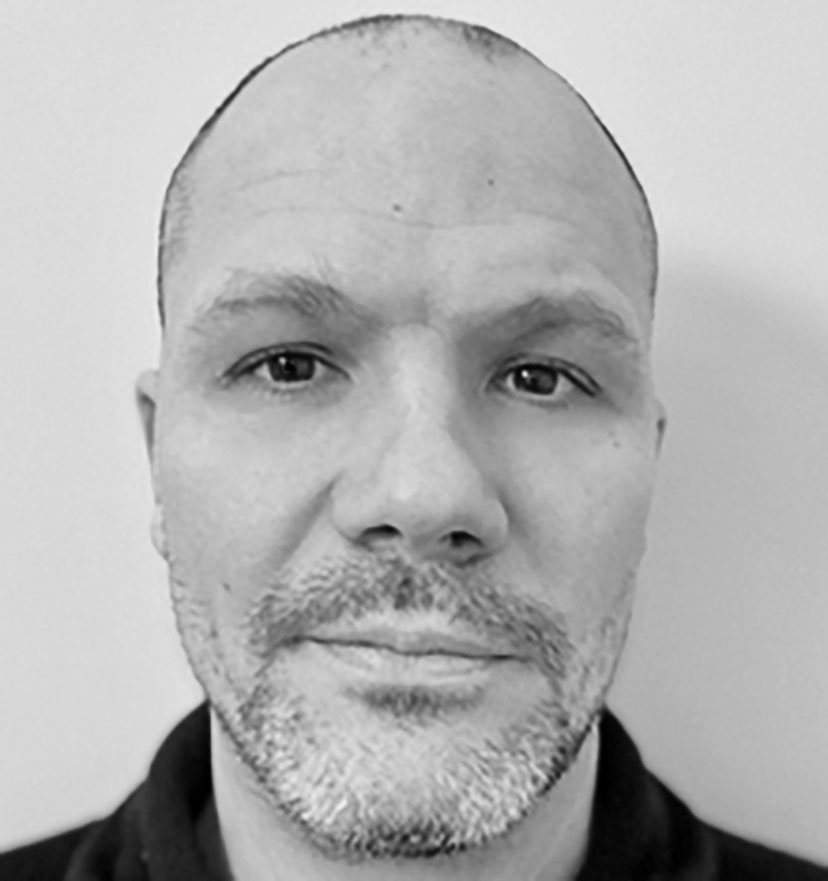 “The complexity of the project also meant that many disciplines had to be coordinated; creativity was key with loudspeakers being hidden in drainage channels, under screens, and above grills. But throughout it all, adherence to the high standards of the project was primordial.”

The centrepiece of Outernet is the Now Building which is equipped with speakers at transom-level and ground-level to achieve consistency and coverage across the whole space. Twenty-four X4i are positioned across the base of one of the massive LED screen walls, while a further 12 X4i are hidden in the drainage system of the other three walls.

Twelve compact SB10i subwoofers, which were developed specifically for the Outernet project to be hidden within the drainage gutters, provide low-end sound reinforcement. Eleven A10i Focus, accompanied by seven Syva Low subs, span the top of the three walls that can be opened for the indoor/outdoor space configuration. There are five optional cinema expansion points for deploying portable Syva/Syva Low systems.

“The introduction of the SB10i to the L-Acoustics range of products has opened up many possibilities for our Systems Integration projects,” adds Durno. “Options for positioning subwoofers were very limited on this project, both the Now Trending and Now spaces feature SB10i within the gutter system to extend the low-frequency performance of the floor level X4i, which are critical for screen-based audio content such as dialogue/music.” 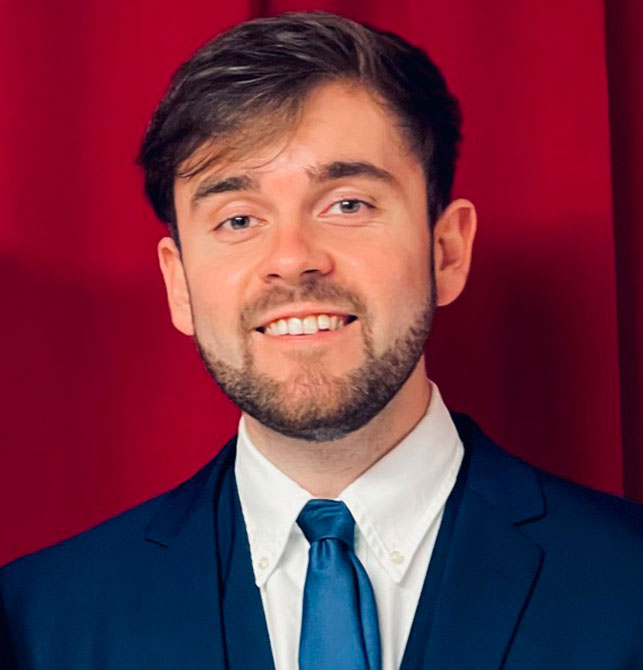 “The challenge in all of these spaces was getting consistent shared coverage over the audience to ensure that, no matter where you are in the space, you are immersed in the sound,” explains SSE Audio Application Engineer Kyle Durno, who has been instrumental in programming the system. “We faced tough design constraints due to the video walls, so the combination of floor-level and transom-level loudspeakers was an effective solution.”

“We use spatial fill to improve the acoustic performance, especially in the near-field listening positions where the path-length difference between the floor and transom-level loudspeakers create negative comb filtering,” Durno continues. “The result improves localisation for near-field listeners.”

Next door to the Now Building, the trapezium shaped Now Trending space follows a similar audio configuration, with 34 X4i installed at ground level, 20 of which span the two walls covered by LED screens. 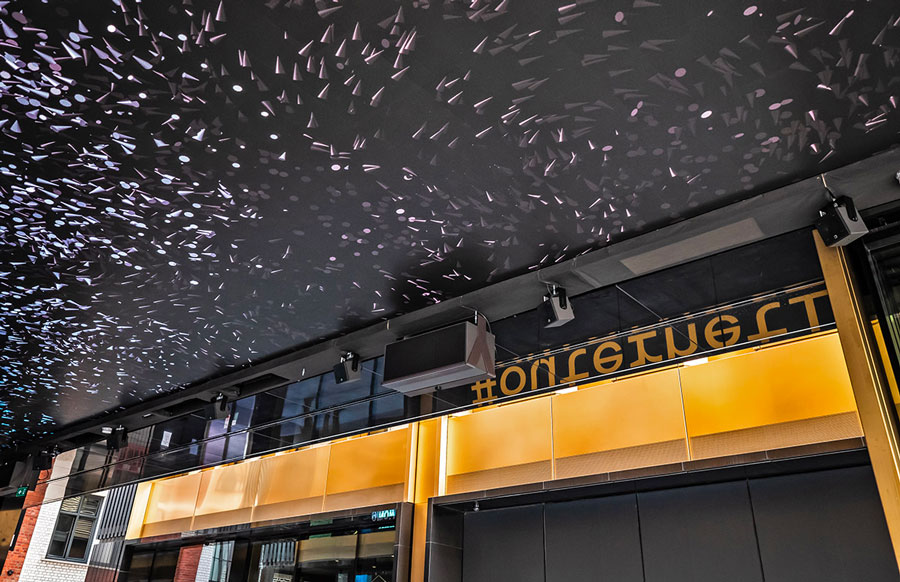 An additional upper level of 13 5XT coaxial speakers, complemented by four Syva Sub, are suspended around the permitter of the room, while compact SB10i subwoofers are hidden in a gutter underneath the video screens. The adjoining Now Pop Up 1 and 2 spaces feature 14 5XT with two Syva Low and 12 5XT and one Syva Low, respectively. 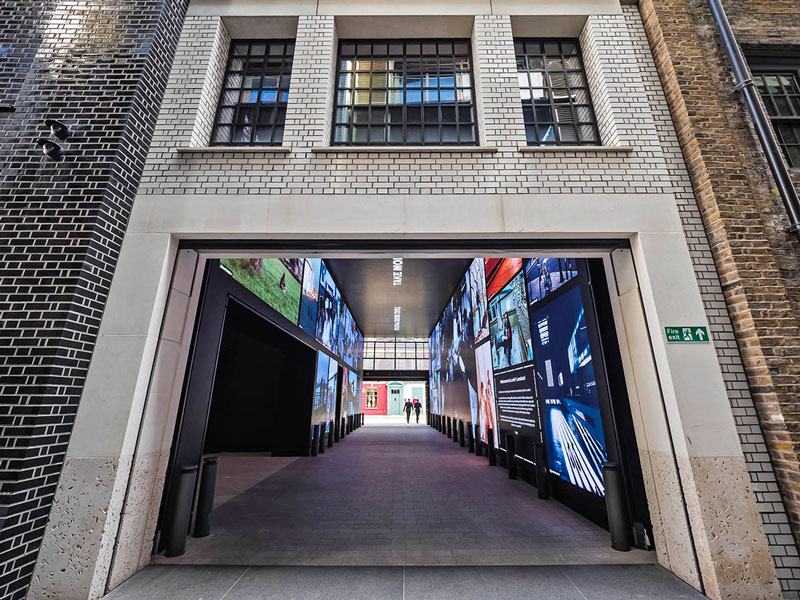 The long, rectangular Now Arcade is designed as a walk-through to the other spaces but can also be used for private bookings. Here, there are rows of 19 X4i ultra-compact coaxial cabinets per side at floor level, along with eight SB10i subwoofers distributed throughout the length of the corridor.

All spaces are centrally managed via Q-SYS, with audio distributed via Dante and Milan-AVB across redundant networks. An extensive guest tie-line system enables incoming clientele to route audio throughout the venues, in addition to the in-house content production. 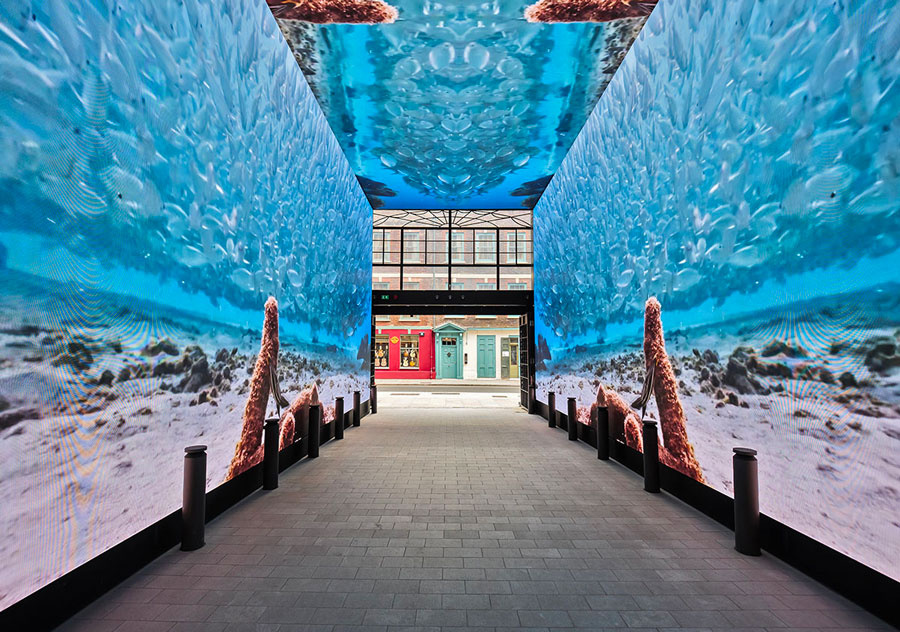 “On-site staff and visiting engineers have access to each system in all spaces, feeding audio to the relevant L-ISA Processors via analogue, AES, and Dante,” adds Durno.
“This highly flexible system provides visitors with the right level of control and freedom to configure Outernet for their event, without altering or damaging the system in the process.”

L-Acoustics was also involved with the commissioning of the system and training at the end of the project, with SSE Audio providing 24/7/365 support via Service+, a remote servicing solution provided by parent company, Solotech. 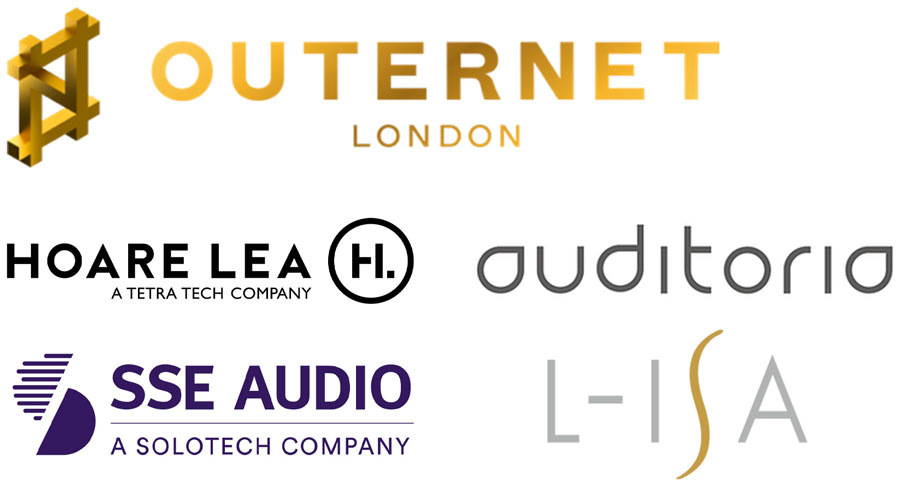 “The team has tackled the technical challenge flawlessly, delivering a truly world-class solution,” concludes Outernet’s Whittaker. “From L-Acoustics, the world leaders in premium professional sound, to our display partners working with us on delivering the world’s largest permanently installed moving rig, we know we are in very safe hands.

These partnerships have not only been crucial to getting Outernet up and running, but also in accounting for various specification changes as it has evolved and in ensuring our future success. I’m enchanted with all the acoustical realms L-ISA is revealing to us.”