The “Teatro del Maggio Musicale Fiorentino” hosted the return of Leonard Bernstein’s West Side Story one hundred years after his birth (from 13 to 22 December).
This musical theatre masterpiece is one of the most loved shows still performed today. 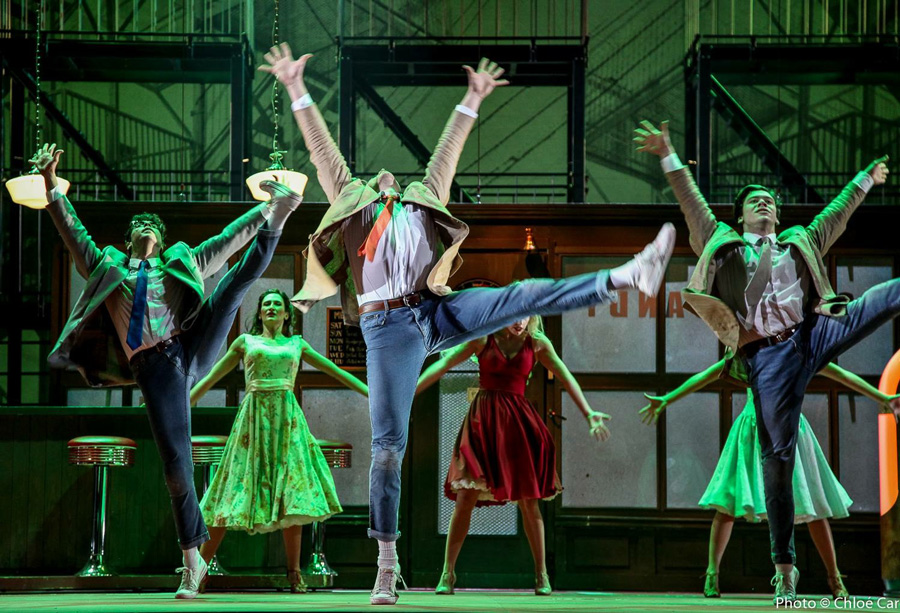 The Florentine edition was directed by Federico Bellone and produced by WEC (World Entertainment Company), thanks to an agreement with Music Theatre International (MTI). The book was newly adapted by Franco Travaglio, Jerome Robbins’s original choreography was reproduced by Fabrizio Angelini, and the music was provided by the Maggio Musicale Fiorentino orchestra and choir conducted by Maestro Francesco Lanzillotta. 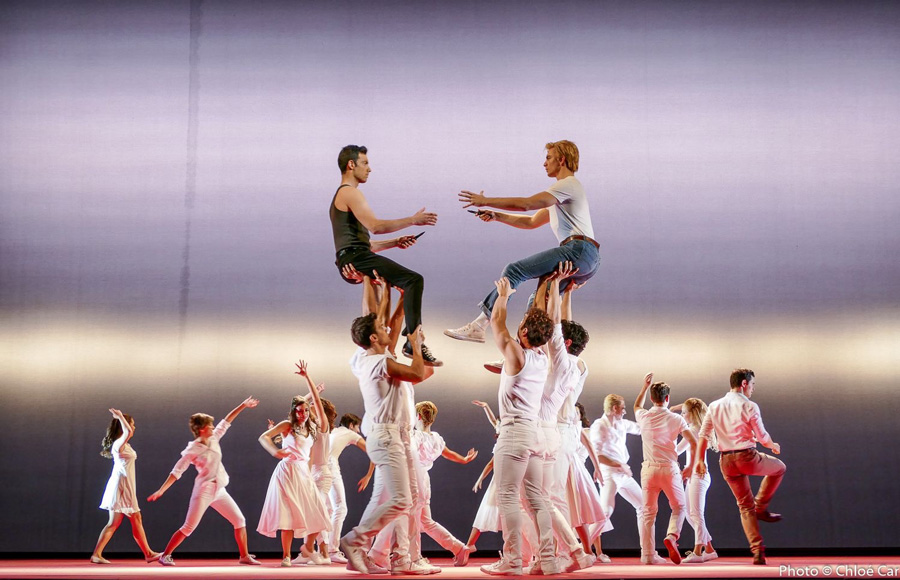 Lighting designer Valerio Tiberi says he “drew inspiration for (his) work from the new adaptation and the atmosphere of the Upper West Side of New York in the mid 1950s.
For this occasion, I requested and used the new Axcor Profile 600 from the Claypaky Axcor series, used here for the first time in Italy.”

Two versions are available on the market: one with an extremely bright 500W 6500K white LED source, and the other with a colour temperature of 5600K and CRI of 90.
Axcor Profile 600 lights mean top-ranking performance, with excellent light quality and high luminous efficiency, increasable by up to 25% using a boost function. 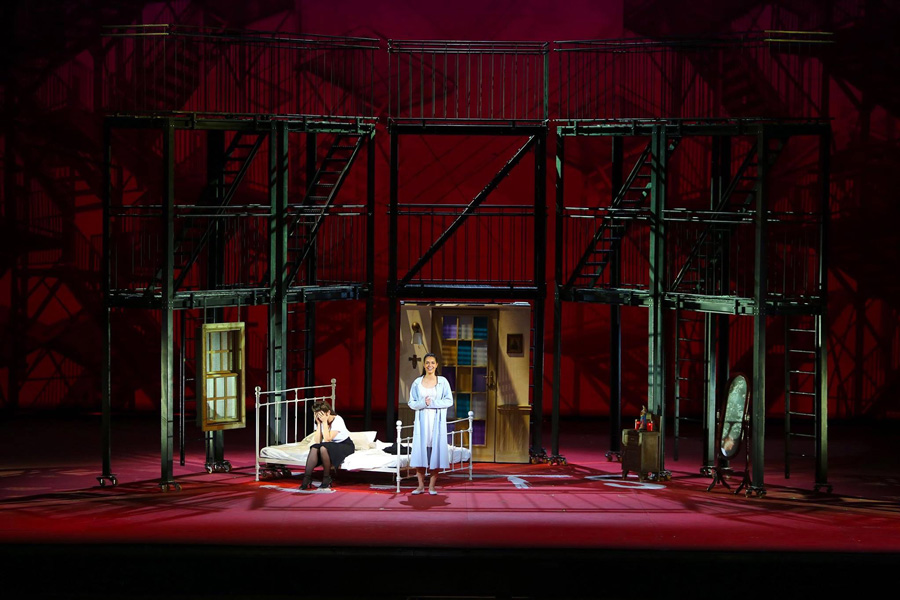 The enormous stage and scenery recalled the urban jungle of New York, where the Jets and Sharks try to get the upper hand in an atmosphere of hatred and intolerance.
This goes on until it is broken by the star-crossed romantic love story between Tony and Maria and its tragic epilogue.

The performance of the six Profile 900s the theatre is equipped with was integrated with 24 new Axcor Profile 600s arranged both on the ground in the wings, and above the stage on the battens.

“I am definitely happy with the overall set-up I was able to give this lighting design, and with the entertaining, romantic choral scenes. However I particularly remember the endings of the First and Second Acts with great satisfaction, since I was able to illuminate them with precisely the light I was looking for.” 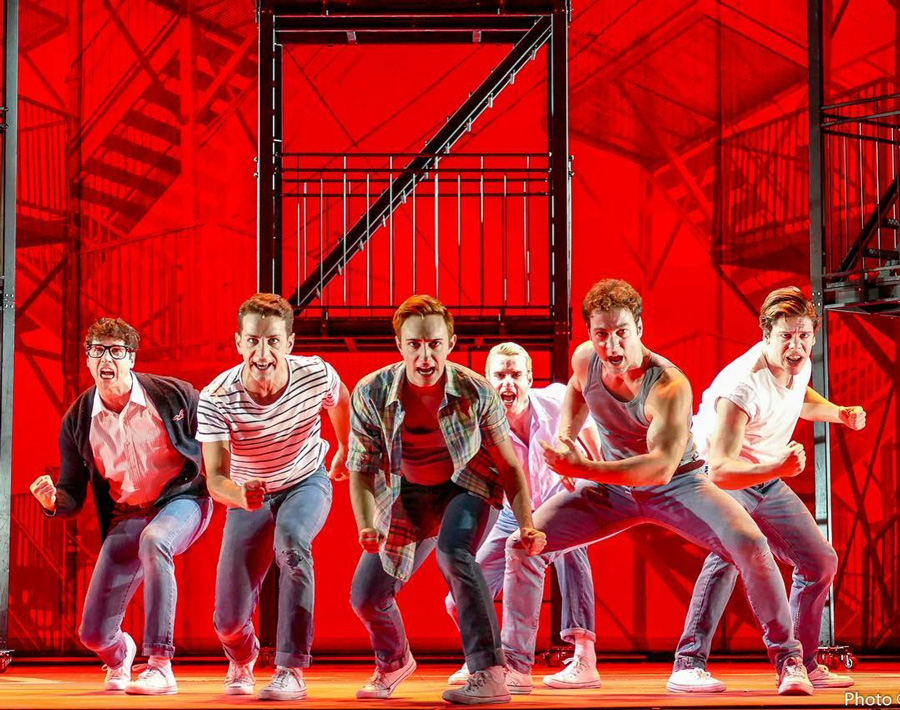 “The contrast between light and dark prevailed at the tragic end of the First Act thanks to the position of the units, and the angles, but above all thanks to the power of the white light from the Axcor Profile 600s, which proved to be a successful fundamental feature.
The same thing happened in the final scene of the second half – the most intense and dramatic one. This is also marked by the contrast between powerful white lights and long cutting shadows, which accompany the final clash between the actors, the arrival of the police, and the last moments of Tony’s life.” 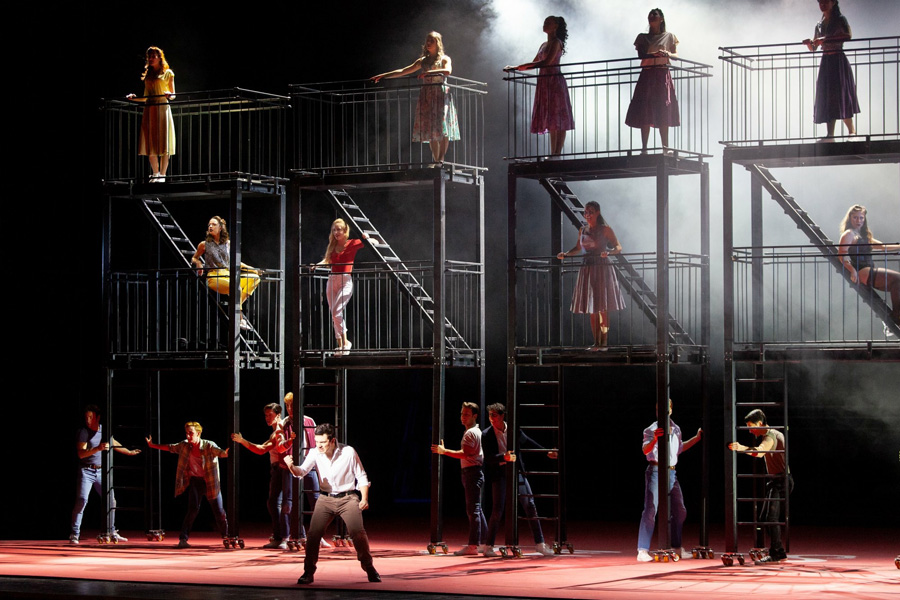 The lights were programmed by Emanuele Agliati, who used a Grand Ma 2 console.
The Axcor Profile 600s were provided by Audiolux srl Milan.