This one’s about beer… and pleasing people’s ears! For his new US stadiums’ tour, the rising star of Country Music is well served by a L-Acoustics K1/K2 combination supplied by Event Services (SES), configuring the system for each show with Soundvision’s new Autosolver tools. 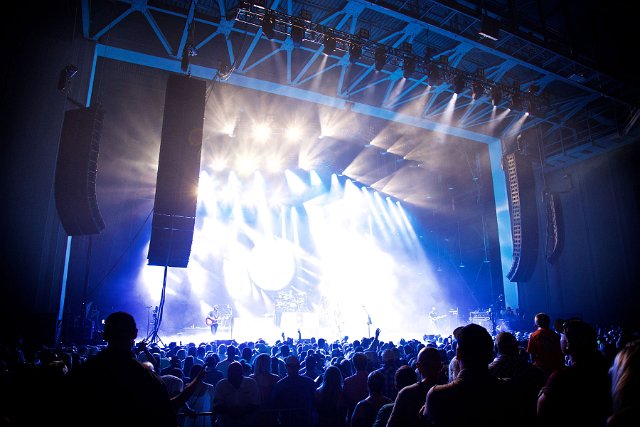 In the two short years since he released his debut album, This One’s for You, Luke Combs has absolutely soared in popularity, distinguishing himself as the only artist to ever have his first six singles hit Number One on Billboard’s Country Airplay chart.

Recently honored as the newest member of the venerable Grand Ole Opry, the North Carolina native is now taking a breather between the first and second North American legs of his Beer Never Broke My Heart Tour, which is being reinforced via Special Event Services’ (SES) L-Acoustics K1/K2 loudspeaker rig.
The first stretch of Combs’ arena headlining trek initially ran from March through July and quickly sold out every venue, prompting the musician to add a 29-date fall leg running from late September through early December. 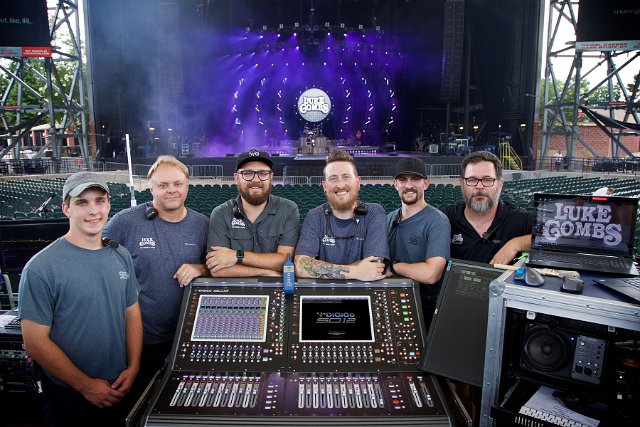 “When putting together my production budgets for the 2019 tour, Michael Brammer from SES and I discussed the PA options in their inventory,” notes Production Manager Jerry Slone.
“When I found out that K1/K2 would fit within our budget, it was a no-brainer! Although I’m currently serving as the production manager on this tour, I’ve also spent many years working with other artists as a front-of-house engineer, so I’m very familiar with L-Acoustics, which made it easy to choose K1/K2 as the rig we’d both need and want to have out with us.”

The loudspeaker complement for the tour is comprised of a dozen K1 flown over as many as six K2 downfills per side, with 12 additional K2 per side serving as outfill arrays, plus four ARCS II for sidefill as needed.
Robust low-end reinforcement is delivered via a dozen KS28, deployed in a variety of configurations depending on each venue’s geometry. Three LA-RAK II, each housing three LA12X amplified controllers, provide the power and processing for the K1 and KS28 enclosures, while three LA-RAK, each with three LA8, drive the rest of the system.

The loudspeaker complement for the tour is comprised of a dozen K1 flown over as many as six K2 downfills per side, with 12 additional K2 per side serving as outfill arrays, plus four ARCS II for sidefill as needed. Robust low-end reinforcement is delivered via a dozen KS28, deployed in a variety of configurations depending on each venue’s geometry. 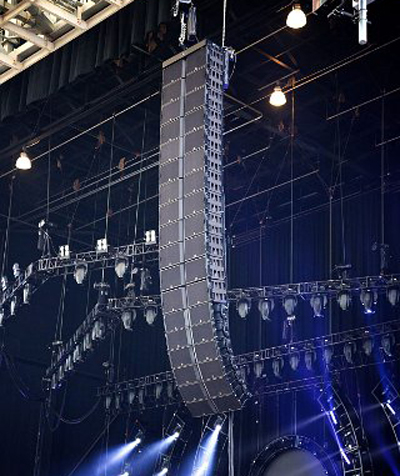 The main line arrays of this tour comprise twelve K1, with up six K2 as downfill. © 2019 David Bergman – www.DavidBergman.net

SES System Tech Joe Lefebvre spearheaded the system design for each tour stop using L-Acoustics Soundvision 3D simulation software.
“I pre-planned every show I could with the Soundvision room data files that I had access to, and Vic Wagner [L-Acoustics Application Engineer, Touring] was super helpful in hunting down any room drawings I did not have,” Joe Lefebvre says.

“Having the files gave me a great head start on how I wanted to deploy the rig, and Soundvision’s new Autosolver tools are really nice!
I’ve had particularly great results with the Autosplay and Autofilter features, which very quickly get the arrays to cover the whole audience evenly right out of the gate without me having to tweak much. The FIR filters and AIR COMP especially make tuning the rig a breeze and allow the system to throw energy where we need it and minimize it where we don’t. Even at the farthest distances from the arrays, we can still provide exceptional clarity and a full-bandwidth concert experience.”

Paired with a DiGiCo SD12 desk at FOH and SD-Rack loaded with new 32-bit input cards, the loudspeaker system’s smooth setup and tuning process ultimately translates into FOH Engineer Todd Lewis having a terrific experience with the rig night after night.

“We heard very positive comments from a lot of people on the sound during the first run, including from country star Mark Wills, who told me that he could hear every detail of every instrument, and could close his eyes and know where every player was on stage,” Lewis recalls. “I couldn’t ask for a better compliment than that!
“Prior to starting with Luke in 2016, I was primarily a festival guy, and a production manager at The Orange Peel in Asheville, North Carolina,” he continues. “I had limited exposure to L-Acoustics up until we landed spots on some of the larger festivals, including Stagecoach. After having my ears on K1/K2, I knew it was the right choice for us. 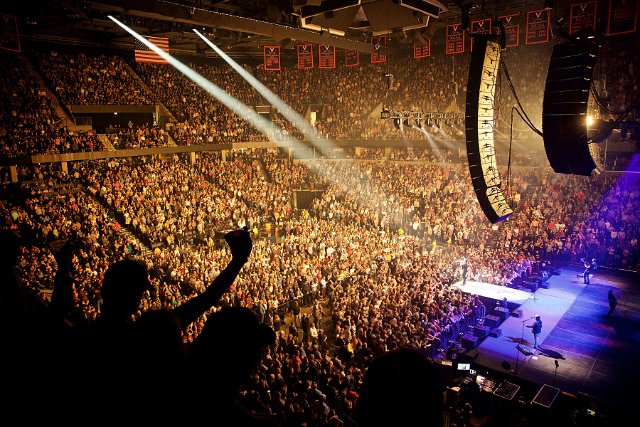 Until now, all the 2019 Luke Combs Noth-American tour are sold out. © 2019 David Bergman – www.DavidBergman.net

Luke’s show demands power; not just sheer volume, but the ability to actually move you. The production isn’t particularly loud—102dbA max—but when we do go for it, we hear comments like, ‘That was one of the most physically aggressive shows I can remember being at.’ When I first heard this from a system tech, I wasn’t too sure I liked it. But I now know what he meant, and that it was a very positive thing.”
From a logistics standpoint, Lefebvre points out that he appreciates the efficiency of K1/K2’s rigging and portability. “We have a great workflow and always get the PA up in a timely manner,” he says. “It’s definitely the quickest PA to get up and down that I’ve worked with, so zero complaints there. Loading out the rig takes about an hour, or less, which is very acceptable, and the PA’s modular design can always be configured in a way that works very well for us.”

The tour’s production manager agrees: “In addition to high fidelity and even coverage, regardless of the configuration, the ease of getting the rig up and down each day helps to keep the tour’s production schedule on schedule,” says Slone. “The system also packs nicely in the trucks helping, again, with time and budget. The L-Acoustics system sounds amazing, especially in the hands of SES as our sound reinforcement vendor and our great audio team using the tools available to them to make each show a success.
It’s been a ‘win-win’ so far, and we’re excited to carry it out again on the next leg of the Beer Never Broke My Heart Tour.”