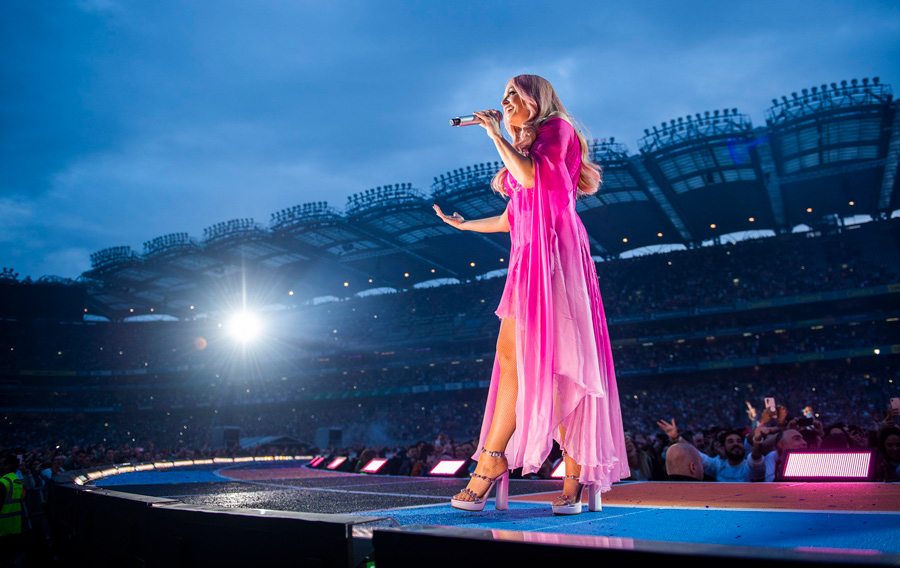 Helping to bring the near-vintage flavour to modern sensibilities was a fan-based, fully-invested design team brought together by Creative Director Lee Lodge, comprising set designer Jason Sherwood, choreographer and stage director Paul Roberts and lighting designer Tim Routledge, under the art direction of Kate Moross, who succeeded in creating a show that was a fusion of theatricality and live music on a touring scale. 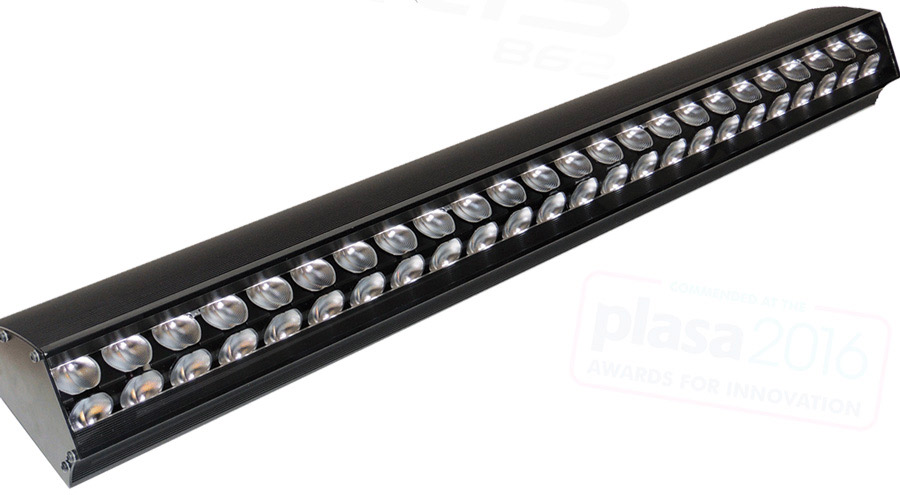 Into this set up Routledge, a keen advocate of Robert Juliat Dalis fixtures, introduced over one hundred RJ Dalis 862 150W LED footlights with the purpose of bringing a heightened sense of glamour to the girls on stage.
“Our main aim was to achieve two things,” Tim Routledge says. “Firstly, the show was to look amazing in daylight from the get-go – some stadium shows can be a little dull in the daylight hours and we wanted it to be ‘all guns blazing’ from the start; and, secondly, to ensure the Spice Girls and their dancers look glamorous at all times, by lighting them as beautifully as possible.”

The main challenge to maintaining this intensity of focus throughout the show came in the form of the 30m x 11m main stage and long 41m diameter catwalk that curved 34m out into the audience. “Followspots can only do so much,” says Routledge.

These were shielded by customised waterproof enclosures, purpose built by the tour’s lighting supplier, PRG. “It rained a lot on the tour so we definitely needed them! But they did the job as there were no adverse effects on the Dalis at all,” confirms Routledge. 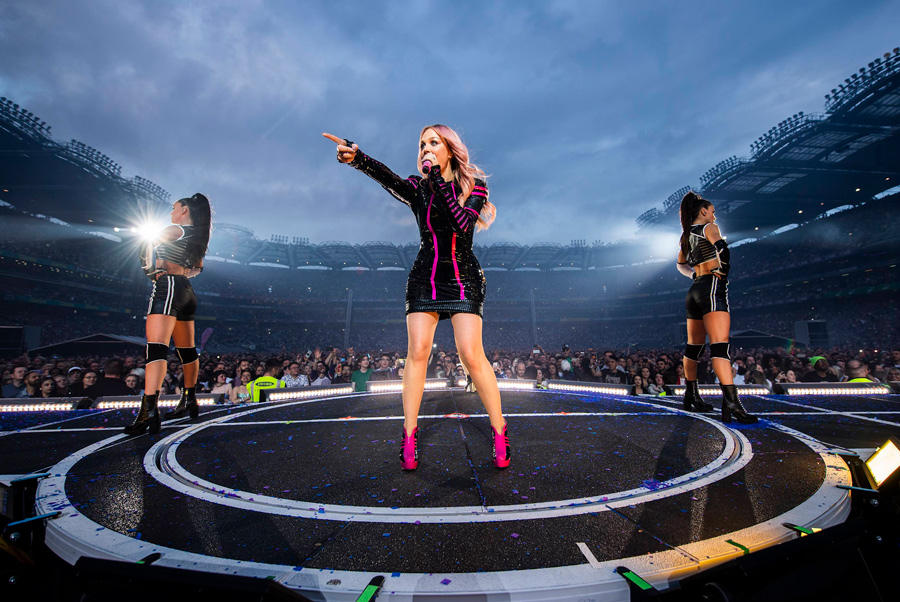 “We were able to use the Dalis footlights to augment the followspots and keep the Spice Girls and the huge dance troop beautifully lit at all times,” explains Routledge. “Dalis 862 is the tuneable white version wich gives the full range of warm to cold white, so we fixed them to a key colour that was a match for daylight and utilised them as keylights throughout.
In this way we could introduce a soft light that was great for the cameras, and rounded out the faces where the followspots flattened them. This gave us the glamour lighting we were after and added a different dimension to the Spice Girls which really helped them pop out on that big stadium stage.”

On occasions, the full-on, up-tempo momentum of the pop show, gave way to moments of pure theatricality where the Dalis footlights really came into their own. “In Queer Tango, for example, we lit the two dancers using only the Dalis footlights and a couple of backlights, and they looked beautiful,” confirms Routledge. “The Dalis did a great job in lifting the performers out from the background and add a bit of glamour to the show.”

Routledge has used Robert Juliat Dalis fixtures many times over the past year on several large-scale projects including Christine and the Queens, Sam Smith and Stormzy’s famous Glastonbury headline set which has been hailed as a festival game changer. “I’m an huge fan of Dalis so it was the obvious choice when it came to the Spice Girls tour,” he says.